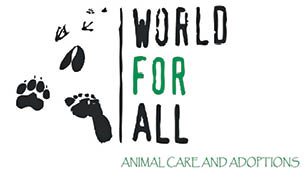 ‘World For All Animal Care And Adoptions’ (WFA) held its second Board meeting on 2nd April, 2017. The meeting which was attended by Freyan Bhathena (who was inducted as Trustee), Richa Bahl and Anushka Manchanda, as well as the employees, core team volunteers and supporters of WFA, covered WFA’s progress in the year 2016 – 2017, inclusive of finances, events and program numbers (adoptions, sterilization, rescues and teach co-exist). The challenges faced by the organization in 2016 were shared along with solutions that were used to effectively overcome them. The meeting also discussed the way forward in 2017-2018, which included upcoming events, financial plans and such as a sanctuary for old and disabled animals, acquiring a new canine post-operative care centre, employee benefits and an ambulance for increased rescue services. The meeting was a success thanks to the large turnout, and the inspiring and helpful advice from WFA supporters, which will be incorporated in the next year.