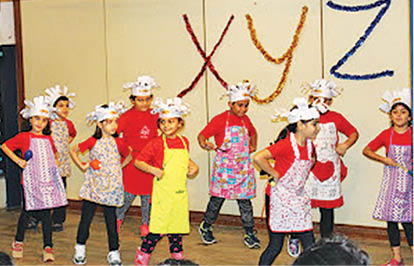 Xtremely Young Zoroastrians (XYZ) Behram’s Battalions (Dadar group) celebrated ‘Family Day’ on 20th August, 2017, at JB Vachha High School, where XYZ’s members’ parents put up stalls of food and other items. In spite of the rains, the event which included a play, dance and fashion show, was attended by two hundred people. The children put up an entertainment program, followed by Behram’s Battalion’s first personality competition, with participants above the age of thirteen. The highlight was a dance performance by parents and volunteers of XYZ.