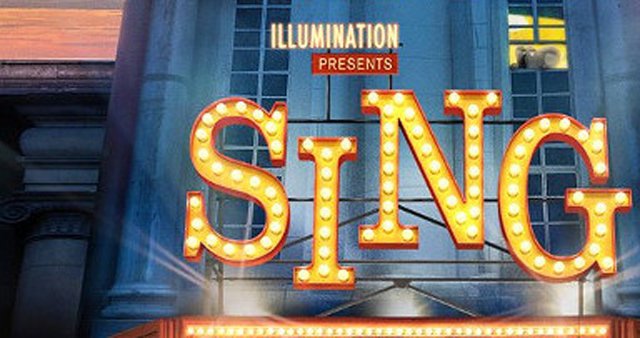 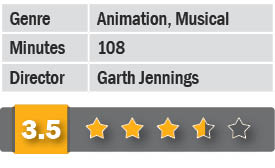 With the awards season barely a couple of months away, studios are in the race to release their best films. Sing is one of the few, intended for the entire family, and with its title, there leaves little ambiguity regarding its genre. The film revolves around a koala Buster Moon (voice of Mathew Mc. Conaughey), who’s fallen on hard times and whose theatre would soon be repossessed by the bank.  In a desperate move, he organizes a singing competition with a top prize of $1000. But his clumsy iguana secretary, Mrs. Crawley (director Garth Jennings), mistakenly adds a couple of zeroes. The auditions are now eyed by scores of wannabe singers (almost the entire animal kingdom, that is) — among them, the rodent Mike (Seth Mc Farlane), the prickly porcupine Ash (Scarlett Johansson), Rosita the pig (Reese Witherspoon), Johnny the gorilla (Taron Egerton), an aspiring singer who also doubles as a getaway driver for his bank-robbing father. Jenning’s sons provided the voices of some of the piglets.

Sing, the fifth animated film this year featuring animals, from Illumination Entertainment, which also showcased ‘The Secret Life of Pets), is the last of the animation films of 2016. With  a foot-tapping  soundtrack which includes some notable numbers such as Eye of the Tiger, Stay with me, My way, Shake it off, and Come fly with me, it’s a musical extravaganza more than anything else.

The down-and-out Buster Moon wears his heart on his sleeve (jacket) as he extracts some impressive vocal performances from his motley bunch of animals.  Almost all of them come across as cute and cuddly, none grizzly and gruesome, horrendous or hideous.  What is noteworthy is that unlike some animated films featuring animals, there is not a single human being in Sing. Visually appealing, it would be an ideal film for kids in this vacation season.