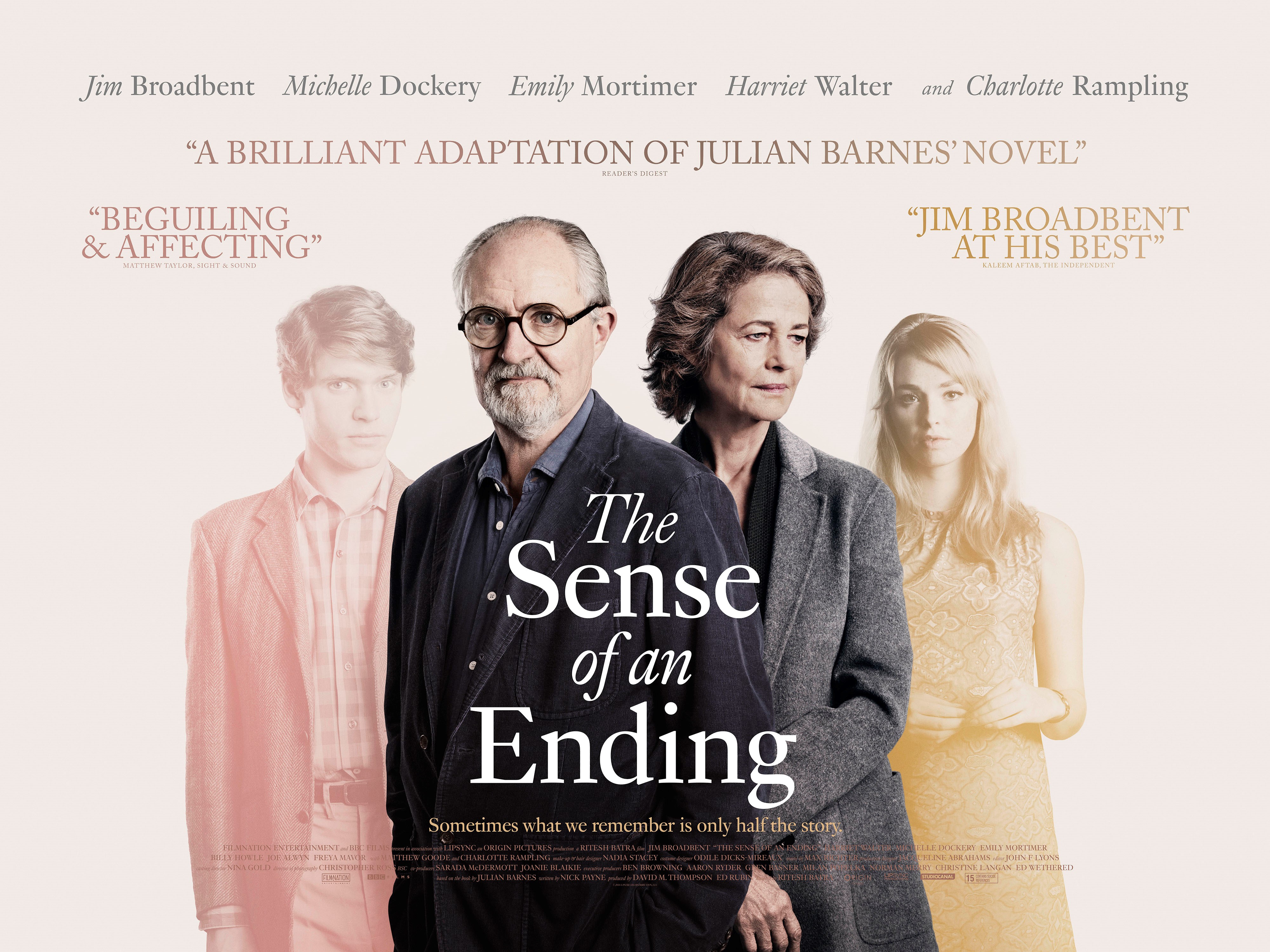 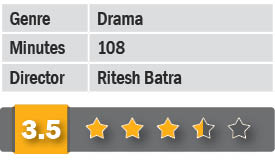 The Sense of an Ending, based on Julian Barnes’ Booker Prize winning 2011 novel and adapted for the big screen by debutant Nick Payne, is all about a lonely septuagenarian Anthony Webster (Jim Broadbent)— retired, divorced and running an antiquated camera shop – trying to come to terms with his Cambridge University ex-flame, a good half century ago.

Young Anthony (played by Billy Howle) loses his loved one Veronica Ford (Freya Mavor) to his college friend Adrian (Joe Alwyn), who committed suicide later. Anthony’s marriage to Margaret ends in divorce, seemingly due to his insensitive ways. A letter, one fine morning, when in the autumn of his life, alters his routine, dreary life. A bequest of 500 pounds from Veronica’s mother Sarah (Emily Mortimer) who has died six months ago, accompanied with a promised diary – penned by Adrian – causes Tony to retrospect. Veronica (now played by the legendary Charlotte Rampling) refuses Tony the possession of the diary, so fervently yearned by him.

The Sense of an Ending explores, and delves into, spoken and unspoken relationships. Reminiscences of adolescence are compellingly conveyed by director Ritesh Batra in this, his second feature film. (His first ‘The Lunchbox’, four years ago, created waves internationally.)

Superlative performances, the understated background score, along with the captivating urban and countryside cinematography of London makes the film a riveting watch. Jim Broadbent is definitely the pick of the superb British ensemble cast, while Charlotte Rampling, with her deep, piercing and cryptic eyes is spot-on in her cameo. Howle as the young Tony, too, is impressive. Director Batra retains a few scenarios from his ‘Lunchbox’ – those of gastronomical pursuits: a sandwich in the park or lunching with his ex-wife Margaret (Harriet Walter).

Tony’s seeming self-centredness doesn’t prevent him from devotedly accompanying his 37-year-old pregnant daughter Susie (Michelle Dockery) to her birth counselling classes, even though father and daughter at one point seem to have had a strained relationship. Right from Webster’s voice-over in the opening sequences till the end, although a tad arbitrary, Batra has a tight grip on the actors and the story, especially during the cross-cutting of frames between Tony’s salad days and his meeting with his two (ex)-loves.