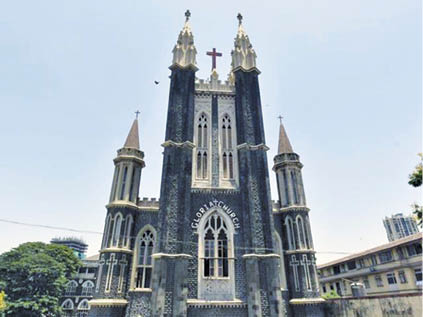 Located in Mumbai’s busy Byculla area, the Gloria Church is a Roman Catholic church built in the English Gothic style. It was originally built in 1632 by the Portuguese Franciscans at the foot of Mazgaon Hill and was funded by the then owners of the Mazgaon Island, the De Souza e Lima family. It was demolished in 1911 and rebuilt in 1913 at its present location in Byculla, opposite the Dr. Bhau Daji Lad Museum (and Jija Mata Udyaan). This church has featured in Bollywood movies including Amar Akbar Anthony and Rockstar. 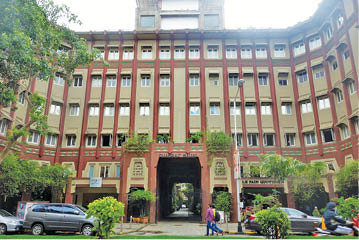 Dhanraj Mahal is an Art Deco building located in South Bombay’s Apollo Bunder area in Colaba. It was built in the 1930s and was the former palace of the Raja Dhanrajgir of Hyderabad, comprising a total area of 130,000 square feet and a huge central courtyard with a scenic luxury overlooking the Arabian Sea. At one time it was the largest and costliest building in Mumbai. The Ministry of Defense acquired it during World War II, but later gave it back to the royal family. Currently, Dhanraj Mahal is rented out to residential and commercial tenants.