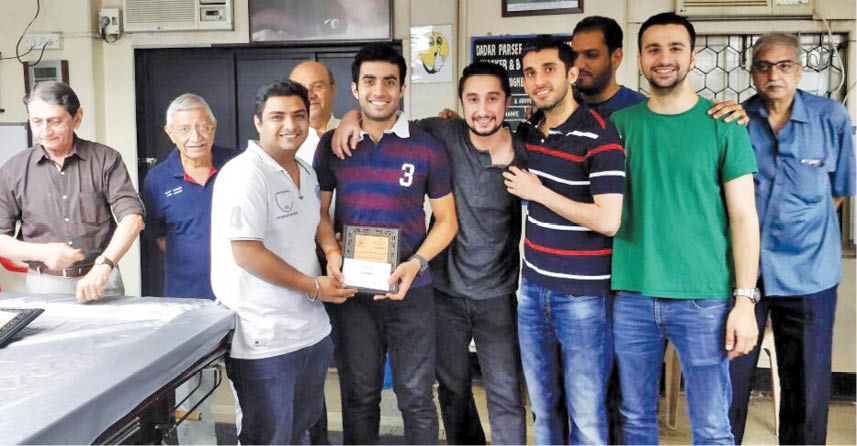 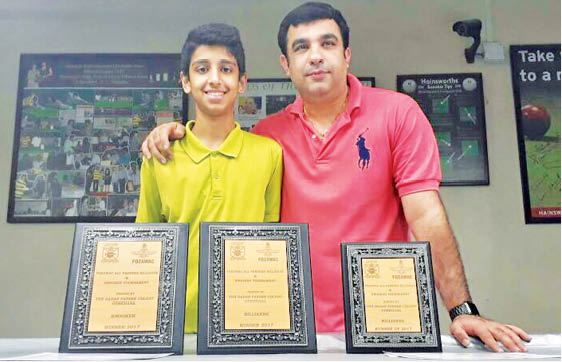 The FOZAWAC All Parsees Snooker and Billiards competition 2017 was held from 2nd to 5th November, 2017, at the Dadar Parsee Gymkhana. With over 40 entries in billiards, 56 entries in snooker and 5 entries in the team Championship, the billiards format included a game of 200 in quarters and semi-finals with the finals being held at a total of 300 points. The snooker format included best of 3 frames for quarter and semi-finals, while the finals included best of 5 frames. The team championships consisted a mix of all games with 6 players per team. Organised by FOZAWAC President – Adi Mehta, Gn. Secretary – Rusi Bhumgara, Jt. Secretary- Dinshaw Patel and Tournament Secretary- Farokh Tamboly, the prize distribution ceremony witnessed Rayaan Razmi and Ronnie Daruwalla as the winner and runner-up for Billiards, respectively, while Rayaan Razmi and Zareer Shroff were declared winner and runner up for Snooker, respectively.
Team Super Warriors won the Team Championship while ‘Be Like Bro’ were adjudged Runner’s Up. The event concluded with cocktails and dinner