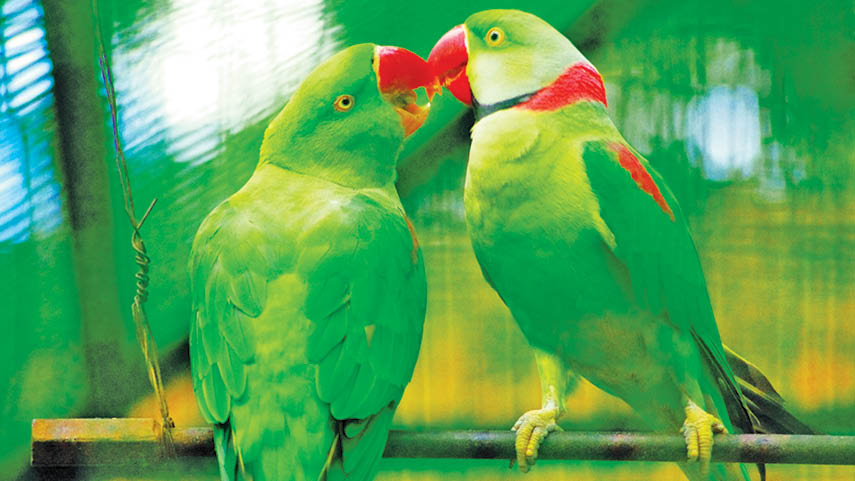 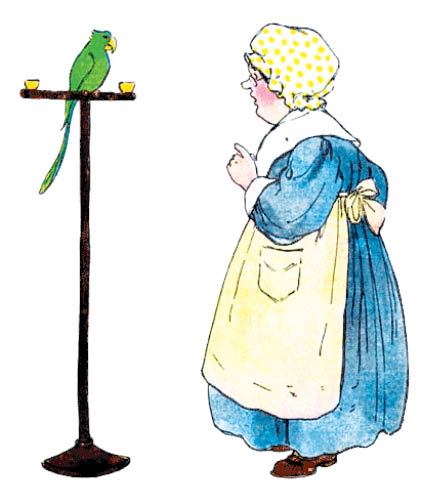 Pilamai and Pallonji’s marriage had become unexciting, ho-hum, humdrum and boring after 50 years of togetherness. Normally, a good marriage becomes better after five decades, but in Pilamai’s case, it was in a routine-rut with Pallonji never paying attention to what Pila said. They hardly spoke to each other and as we all know, where there’s no regular communication, there’s no relationship!

To cope with the boredom, Pilamai brought home a popat (parrot), called ‘Polly’ and fussed over him all day. The popat got chocolate, cheese, pastries and badam-pak… while Pallonji got dar-chaval and masoor-pau daily. Also, Pilamai would greet the popat with good-morning mithoo, jaanu, sweetu, etc.

She would never allowed Pallonji to leave the house without her permission but Polly could roam the house freely and even visit the next door neighbour, Sorabji, who taught him the choicest swear words – what we Parsis call – ‘second language’.

Polly often sat on Pilamai’s shoulder or head and never made any attempt to fly away. The pao-walas and the doodh-wallas would fear him as he tried to peck them some times. When Pallonji complained, his wife would always take Polly’s side, never Pallonji’s.

Pallonji went next door, complaining to Sorabji, who said, “Polly is very clever – Jevu hoi tevu bolai. What? He calls me Alsoo, Luchcho, Lafango, Gado, Ghelo, Gadhero and some other 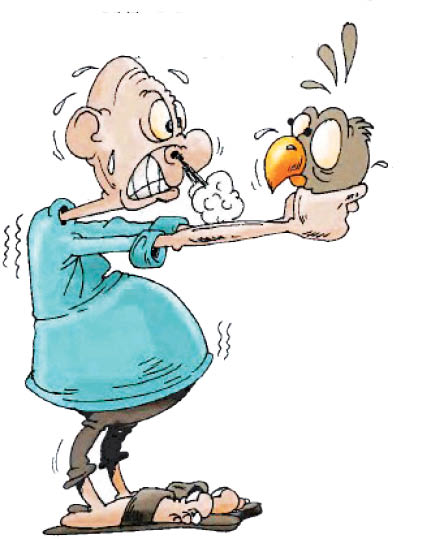 Poor, frustrated Pallonji got a brilliantine-idio. He brought home a Popti (a female-parrot) to keep Polly occupied. What do you know? It actually worked!! Polly followed the female all over the house like a good husband and shared his food with her. They became inseparable like Romeo and Juliet, Shirin and Farhad, Laila and Majnu and Meherbai and Meherwanji!

One day, while Pilamai was taking her afternoon nap, chaploos Sorabji from next door, who hated Pallonji but as old neighbours, had free access to Pilamai’s house, deliberately took the Popti to the window and let her fly away. Polly started screaming and this woke up Pilamai who was shocked to see Polly fly out of the window chasing his popti!

Pilamai started screaming at Pallonji, “Go get them both! There’s Polly on the lawn with other parrots. Go grab him!” Poor Pallonji said, “They all look the same to me!” “Tamey jao to khara – our Polly is sitting on the lawn with a dozen other popats….identify him, grab him and bring him home!!” screamed Pila.

So poor Pallonji went down to the lawn but couldn’t for the life of him identify Polly. He caught a parrot and brought him home to pacify Pilamai who was inconsolable by now. When Pilamai caressed the parrot, saying, Popat-Mitthu, the parrot immediately bit her finger. “This is not my parrot!” she said. “Go put him back on the lawn!!”

So Pallonji climbed down three floors yet again to put the parrot back on the lawn, when Pilamai shouted from their third floor balcony, “Look at that parrot on that tree – it’s my Polly!” So Pallonji climbed the tree but just as he reached out to grab Polly (who wasn’t Polly anyway), the parrot flew away. Pallonji lost his grip and fell flat on the soft grass. Luckily, he wasn’t hurt.

Pilamai: You scared the popat!

Pallonji: No! The popat scared me!!

Pilamai: Ek kaam tamare thi padhru nahi thai! Jarak jhar par chari ney popat pakarva kahyu, tetlu bi nahi thai!!  Ok – now go to the shrub, so many parrots are sitting there – one of them has to be Polly. I think that Polly is on the extreme left.

Pallonji went to the shrub. The moment he was there, all the ten parrots flew away and Pallonji slipped in the wet mud, falling flat on his popat-jevu-naak! “Stop slipping and doing festa-fajeta on the lawn!” Pilamai screamed from her third-floor window.

Sorabji, who was watching and enjoying all this tamasha like a comedy film, told Pilamai, “Just get the Popti back and Polly will follow her. “Marerey Sorabji – tamaru toh taddan Eenstein nu bheju chey!  Why didn’t I think of it before? Sorabji, please go down and tell my stupid husband – Polly nahi – popti sodho!”

Pilamai: Popti…Popti… If she comes back, Polly will follow automatically.

Sorabji: Barabar sodho! I am sitting on this garden-bench and keeping an eye on you – your wife has asked me to supervise you.

So poor Pallonji ran after every female parrot for a good two hours until he somehow managed to capture a female parrot. Meanwhile, Pilamai had taken out her fuiji’s huge parrot-cage from the maryu (attic) and cleaned it. She also did chowk-chadan-sagan. The couple managed to put the popti in the cage on their third-floor balcony in the hope that her doting partner will soon join her.

Pallonji: What if Polly has lost interest in her? 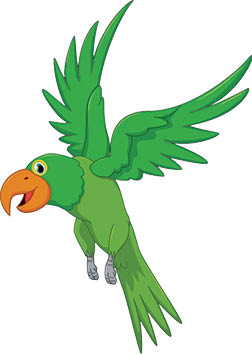 As we know, news travels faster than the speed of light in any Parsi Colony and it also gets distorted, so by evening, everyone was gossiping and giving their own versions about it, as under…

“What did you hear?”

“No! No! Guys – you have got it all wrong – Vat em chhey key Pilamai has run-off with her next door neighbour, Sorabji!”

Meanwhile, a frustrated Pallonji had slipped a violet-coloured-Gandhiji (a 100 Rupees note) into the mali’s (gardener) hand, requesting him to grab a parrot – any parrot and give it to him secretly. Seeing Pallonji’s desperation, the clever mali asked for a green-Gandhiji (a 500 Rupees note). The job done, Pallonji announced, “Pila, see who has come? Tahro-vahlo Polly is back. I am putting him in a cage with Poptimai so they can both have a good time.”

Actually, it was a totally different pair of male and female parrots. But it was love at first sight and the birds got along extremely well with each other. What’s more, the male parrot didn’t abuse Pallonji at all. Not a single bad word. This got Pilamai suspicious. She observed them for two full days – all lovey-dovey and hunkey-dorey!! She said, “These are not Polly and Popti. Koi bija chey.”

“How do you know?” asked Pallonji.

Pilamai: They look too happy to be married!!