Sifting through 500 hours of archival footage – most of it not seen before – Oscar-winning director Asif Kapadia, has constructed a lively and obsessive documentary about the world’s best-known footballer of the 80s. The film begins when SSC Napoli, a little-known football club in Italy, welcomes their newest recruit, 23-year-old Maradona on 5 July, […]

When one considers that a young piano-playing prodigy (Mathew Illesley) grows up to be a millionaire by 25, and that four per cent of all record sales were attributed to Elton John, one has a fair amount of idea of the subject. The grown-up Elton John (now played by Taron Egerton), born Reginald Dwight, is […]

A confession at the outset would be in order: though musically inclined, I am neither a fan nor an aficionado of the rap denomination of music. All Eyez On Me is the short-lived but eventful life led by rapper, actor, lyricist and activist Tupac Shakur (Demetrius Shipp Jr.) — his mother Afeni (Danai Gurira) was […]

At 13 years, one is just about old enough to learn about the Himalayas, notably its tallest peak Mount Everest. On 25 May 2014, Malavath Poorna, the impoverished daughter of poor and illiterate Adivasi village-folk in Telengana, became the youngest female to ascend the famed peak. In his second directorial effort (Everybody Says I’m Fine, […] 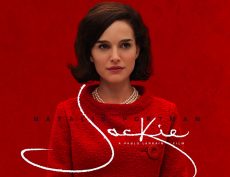 Married for 10 years and First Lady for a shade under three years, Jacqueline Kennedy has been arguably the most popular and charismatic First Lady of the US, even after her remarriage five years after her husband John F. Kennedy’s assimilation. Chilean director Pablo Larrain’s Jackie is an account of her interview to Life correspondent […]

Welcome to the American world of corporate take-overs, welcome to the land of inked contracts, cheesy hand-shake agreements, milkshakes and burgers. Ray Kroc (Michael Keaton) is a struggling traveling proprietor-cum-salesman from Illinois, touring towns, attempting to sell his five-spindled milkshake machine and getting doors slammed in his face – well, most of the time. And […]

Think wrestling, and the late Dara Singh comes willy-nilly to mind. Aamir Khan was born in the year India’s most famous wrestler made the eponymous Rustom-e-Hind (1965), a title he was bestowed with 11 years earlier. No wonder then that the punctilious and given-to-precise-details actor was fated to make, and star in, a film on […]

It’s difﬁcult to imagine Robert De Niro in any sport ﬁlm other than boxing. In his fourth ﬁlm on the sport (Raging Bull, Night and the City, Grudge Match), De Niro plays the altruistic and patriarchal Ray Arcel who nurtured and propelled Roberto Duran (Edgar Ramirez) to the pinnacle of boxing glory in the light-middleweight […]

Biopics are a gateway to revisiting your childhood heroes. Ramchandra Chitalkar (C. Ramchandra the music director) was Bhagwan (Dada) Abhaji Palav’s alter ego. The two sons of the Maharashtrian soil combined harmoniously to give the Hindi film industry, in 1951, arguably its greatest musical sleeper hit. Ekk Albela opens in 1930 before the diminutive actor […]