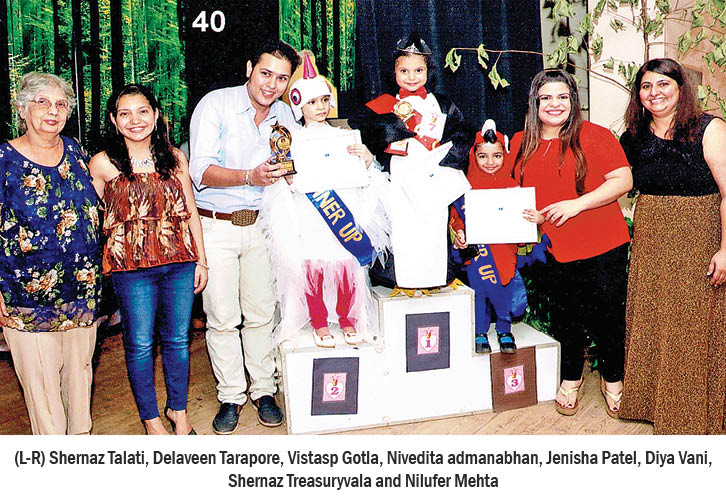 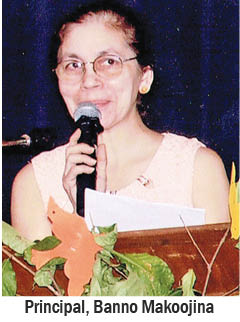 The JB Vachha High School held their annual kindergarten (KG) competition, the ‘KG Queen Contest’ last month, with ‘Our Feathered Friends – Birds’ as the theme for 2017. Packed with parents, teachers and students, the auditorium witnessed over ten junior and senior KG students dressed up as any bird of their choice, displaying their oratory skills, along with a dance or singing performance.

Encouraging the participants, Makoojina said, “It does not matter who goes home wearing the crown today, eventually, each student here is a Queen.” With crows, sparrows and macaws enthralling the audience, the event also had groups of tiny-tots entertaining the crowd with three musical performances, followed by the prize distribution ceremony, where the enthusiastic Jenisha Patel as the penguin, was crowned ‘KG Queen’. The KG Queen contest was first conceptualised in 1993 by the then Head of Infant Department, Shernaz Talati who strongly believed in the idiom ‘Catch them young’. Speaking to Parsi Times, Shernaz said, “The idea to start the KG Queen contest dawned on me when I took charge of the Pre-Primary section in 1992 and wanted to train three to six year olds to compere and compete. To my surprise my tiny-tots had no stage fright and the first KG Queen contest materialised with ‘fairy-tales’ as the theme. I am grateful to the management, teachers and Principal for keeping this tradition, which will celebrate its silver jubilee in 2018, alive.”