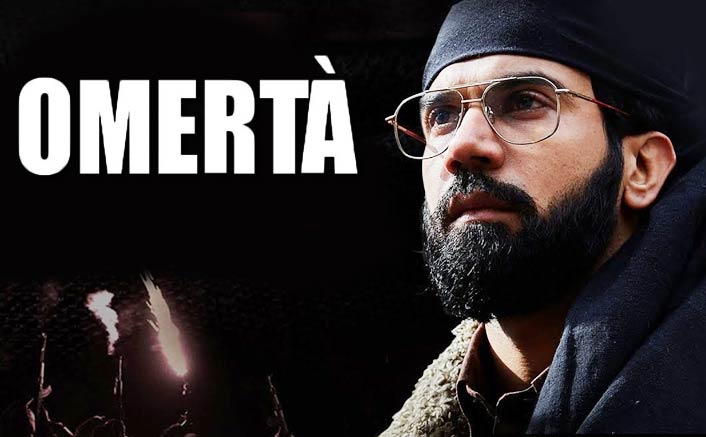 When I had first heard of the film last year, I had assumed it would be akin to a film on the Mafia, since Omerta is the Sicilian code of silence where the captured admit nothing, for fear of retribution on their families.
The only similarity between that code of honour and Hanslal Mehta’s (Aligarh) latest is the element of crime in both, apart from the name of the main character of the film being subtly incorporated into the title.
The film, ‘Based on certain events’, recounts the life of crime led by the UK-born Ahmed Omar Saeed Sheikh of Pakistani descent. Played in the film by Rajkumar Rao, Omar sets out to avenge the atrocities heaped upon the Bosnian Muslims. A dropout from the London School of Economics, Mehta depicts, without much conviction,the criminal’s initiation into the life of crime.
Mehta’s film contain some real life footage of the 9/11 and 26/11 attacks. But that only serves to give it a documentary feel to it. Considering the short runtime of 98 minutes, the film dwells a lot on Omar luring and kidnapping Western tourists in Delhi.   The scenes where he admits to his father (Keval Arora) in London of his intention to join the Jihadist group in Afghanistan are some of the more touching scenes in the film.
Mehta treads a middle path,  avoiding the  pitfalls so often associated with films of this nature. For instance, Omar spells out a priority list of citizens on his hate-and-hit list starting with Westerners. Rajkumar Rao’s histrionics are the saving grace of the film. The few social moments in the film, apart from those with his father, are the ones during his wedding.
Even those wanting to see the life of a hardened criminal would not be thoroughly pleased — a longer runtime would have helped do justice to the film.

A well begun film with some really interesting themes and some elements that were shocking to here. My favourite scene is a dark humour scene in between. saying that I have a few problem with this film. Firstly the fact that it’s third act doesn’t leave any impact and is way to fast.