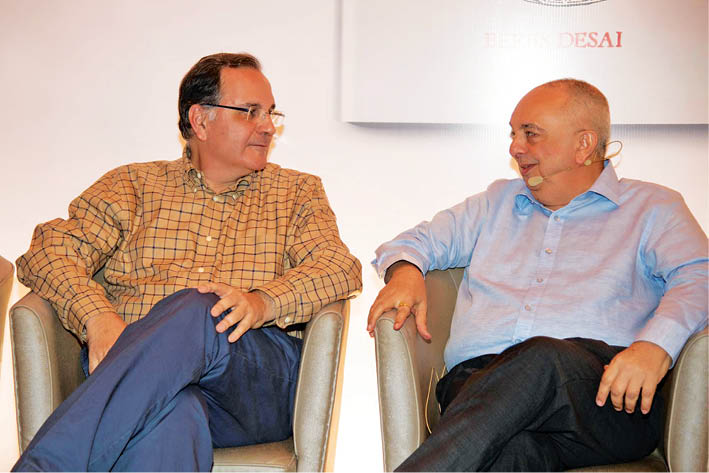 My parents realised quite early that their only child was incapable of playing any game or participating in any sport. The fat little lump could not spin tops or roll marbles or fly kites. There was no television either. So my journalist father encouraged me to write. Those days, a Parsi weekly newspaper, called the ‘Kaiser-e-Hind’, published palpably defamatory stuff about the Trustees of the Bombay Parsi Punchayet. This inspired me to pen a letter to the editor of Kaiser wondering what glue was used by the senile, gerontocratic trustees to permanently fasten their ample posteriors to their chairs. I was supremely confident that even the Kaiser would not publish such a highly offensive letter. I was wrong. They published it on the front page. My father read it, took a deep sigh, and said, “Two words have been misspelt.” Early evening, one of the pompous subjects of my letter, walked in, dressed in a three piece suit in the sweltering May heat, and asked my father, “Surely, this letter has not been written by your son!” Before my father could reply, I said, “I hope you liked it, Uncle. I am sorry that two words have been misspelt.” 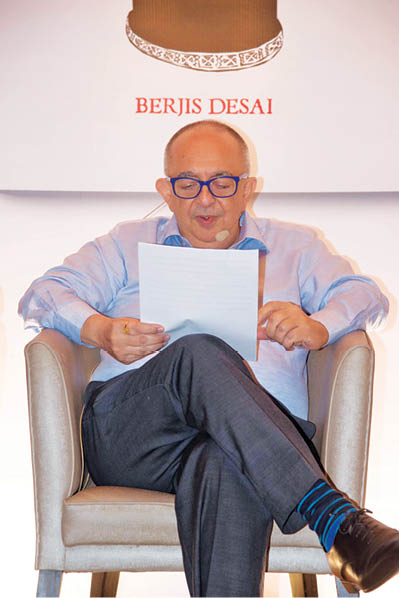 Thereafter, during a college vacation, I had high typhoid fever and was almost delirious. In that state, I wrote an essay on the future of Parsis in a competition organized by the Bangalore Parsi Anjuman and was awarded the first prize, proving that you can best write about the Parsis, when in a state of delirium.

These episodes convinced me that writing about Parsis is exciting and great fun. For half a century since then, Parsis have provided me with unending material, without a moment of boredom. I wrote for the Bombay Samachar – both as a working journalist and as a columnist. And for the last five years, almost without a break, as a columnist in the Parsiana. This book is a collection of those columns on Parsi culture. It is an attempted primer on how Parsis eat, drink, swear and abstain where they ought not to.

The title of this book was inspired by a 1978 Boney M song called, ‘Ra Ra Rasputin – Russia’s Greatest Love Machine’, which ends with the singer exclaiming, ‘Oh! Those Russians!’ Unfortunately, of course, as dismal demographics indicate, Parsis have had no great love machines left…

Topics include ‘lagan-nu-custard and legho’; crockery, cutlery and class, sex and superstitions; n 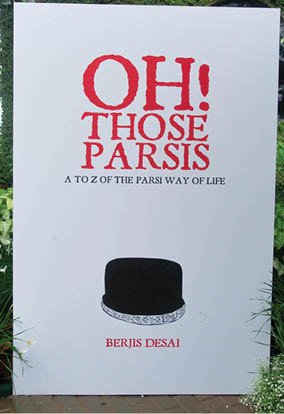 ataks and nostalgia; insanity, occult and xenophobia. A reader may well believe that several of the eccentricities and idiosyncrasies is my imagination. I assure you, there is not an iota of fiction in this book. On the contrary, I have toned down some of the extreme eccentricities!

The primary objective of this book is undoubtedly to entertain. However, there is also an underlying hope that its contents will reduce the indifference of many modern Parsis about their way of life and traditions of this fast disappearing ethnic group. Though late in life, I tend to agree with my traditionalist friends that Parsis will, against all odds, manage somehow to survive. It will be an irony if a community which has made the world laugh so much, makes it cry, over its disappearance.

Book Review – A Primer On Parsipanu!

‘OH! THOSE PARSIS’ attempts to cover the A to Z of the Parsi way of life (‘Parsipanu’). The index is classified alphabetically and subjectwise… A (Alpha Females: why Parsi women are superior to men) to Z (Zoroaster: Parsis need to be more passionate about their Prophet). For Parsi doctors and Parsi dramas, look under D; for famous Parsi murderers and the Parsi penchant for maids, look under M. A glossary explains Gujarati phrases and other typically Parsi expressions. The book is written in a style, best described as ‘black humour’ but with great empathy for its subjects. The author’s love for the community and passion for the Zoroastrian faith is self-evident. The book serves as a chronicle of Parsi history and culture over the last 100 years.

The author states in his introduction, “Many a non Parsi reader may believe that several of the eccentricities and idiosyncrasies mentioned in these columns are simply the author’s imagination. I assert that there is not an iota of fiction in this book. In any event, if the reader enjoys the irreverent joie de vivre of the Parsis, my purpose of showcasing this tiny, harmless and eccentric community would have been achieved.”

The chapter on Parsi brands of yesteryears contains a lot of nostalgia for some great things which have passed into history – ‘Polson Butter’ or ‘Dippy’s pumpkin murabba’ or ‘OK Wafer Co.’ – transporting the reader into the community’s glorious past, subdued present and an uncertain future.

This primer on Parsis recounts many tragicomic moments including how Parsis convert the dirtiest swear words into terms of endearment; or Pesi, who got the Pope himself to intercede to reduce the volume of bells rung at St. Joseph’s Church, Dadar; or Maku Macbeth’s OCD which compelled her to change her undergarments five times a day; also, men who feel why have a wife when you have your Mummy or then Parsi mediums communicating with the dead to obtain indigestion remedies!!

The culture clash within different strata of Parsis makes hilarious reading – a comparison of a Zubin Mehta concert, which was ‘like insipid asparagus mousse’, with Shakila Banoo Bhopali’s Quawali like ‘spicy Kolmi-na-curry chawal’! For foodies, the book contains recipes of some rare Parsi rural delicacies and yesteryear sweetmeats like Aambakalyo and Oomberioo. From horoscopes to horse racing to Mummy worship and the occult, the book makes you laugh uproariously and also makes your eyes moist.

70 topics are crisply packed into 293 pages, priced at Rs. 500/- and available on Amazon online and other leading bookshops. “While the primary purpose of the book is to entertain; the underlying purpose is to make the world including indifferent Parsis take notice of this cute community,” says Desai.