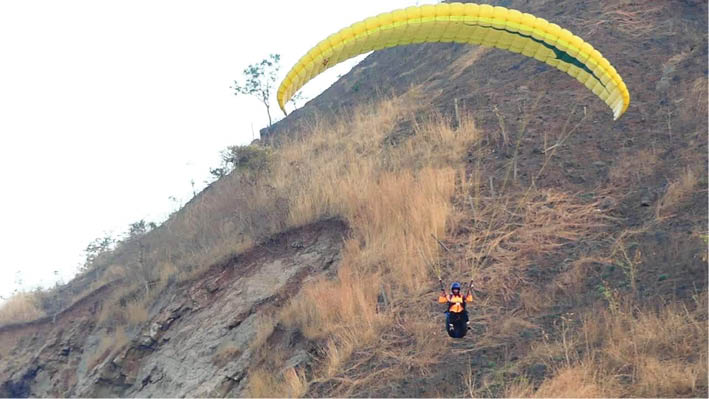 ‘PT Bright Spark’ is Parsi Times’ endeavour to promote and encourage our youth in their enterprises and efforts towards achieving greatness, by sharing inspirational achievements and journeys of their peers who are well on their way to becoming the Youth Icons of our community! In this issue, PT presents our dynamic Bright Spark – Naasha Pithawalla 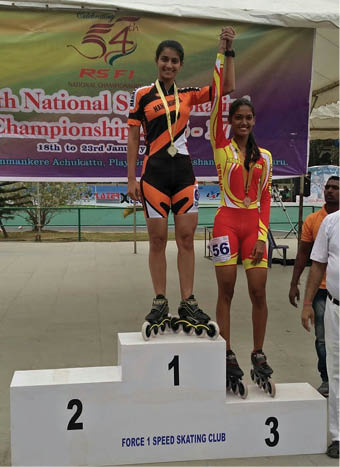 Mumbai’s 20-year-old Naasha Pithawalla from Malcolm Baug, continues to be a dominant force in Indian Skating. She received much kudos nationally when she became the fastest skater in India in January, 2016, at the young age of 15, setting the National record of 28.25 seconds for 300 m. In August, 2018, she finished 6th at the prestigious Flanders International Tournament in Belgium. Her skating achievements have been documented in previous articles covered.

While that is quite an achievement, it has not stopped her for exploring other sports and last year, paragliding became her new passion. Flying like a free bird is a dream for many,yet only a handful pursue their dreams and achieve them. She is probably the only Parsi girl who is an independent and competent (paragliding) pilot to fly at any site on her own. She has completed 20 flights with over16 hours of flying time. Her learning process was mainly at Virar while most of her longer flights have been in Goa. Kamshet, Bir (Himachal) are next on her list. Naasha is possibly the only Parsi girl Paragliding-Pilot, flying high on her way to becoming a Paragliding Instructor!

Speaking to Parsi Times, Naasha said, “A lot of people get inspired and say,‘I want to do this’. But only a few of them actually take the first step, and even fewer have the patience and persistence to see it through. Maybe all one really needs to do is change the narrative from ‘I want to do this’ to ‘I am doing this!’ I would love to see more Parsisget into these sports.”

She is currently preparing and hoping to win a medal for India at the Asian Games and World Championships.

Youngsters and adults interested in skating or paragliding can get in touch with her for guidance or learning these sports. [Insta: naasha_pithawalla]