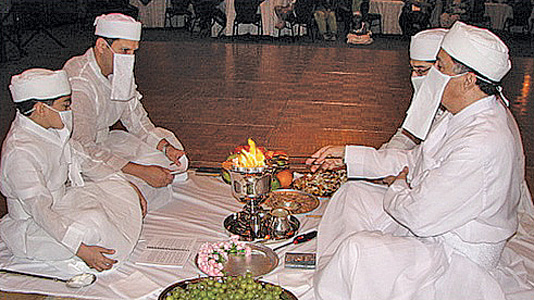 The sacrosanct Baj ritual is intrinsic to almost all the rituals performed by priests, during and after performing ceremonies, tasks and even normal activities. In this regard, Ervad Pervez Karanjia, Panthaky of the Sodawaterwalla Agiary (Dhobi Talao)  demystifies this in a discussion with PT Writer Jamshed Arjani, in a special two part series. 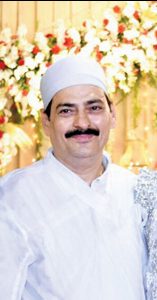 PT: What is the meaning of the word ‘Baj’.
Er. Karanjia: ‘Baj’ basically means both – speech and silence. In speech, the prayer is mouthed silently, not intelligibly. ‘Baj’, in the Farsi language, is derived from the word ‘Waj’ in the Pahlavi and Pazand languages, and the word ‘Wach’ in the Avesta language. The Baj rituals are prescribed religious rites for many reasons.

PT: Why do we pray the Sarosh Baj aloud?
Er. Karanjia: The Sarosh Baj is our foundation prayer which commences our necessary daily prayers after the Kusti ritual and is prayed in a normal tone by priests and all.

PT: Which are the essential Baj prerequisites and prayers?
Er. Karanjia: Pristine physical and mental purity is the prime requisite for all Zoroastrians, laity and priests, before a Baj prayer ritual or prayer. ‘Baj’ prayers are recited before an action and relinquished after the action. That’s the reason for the term ‘Baj Dharna’ and ‘Baj Mukvu’. A particular Baj should be recited on awakening, thanking Ahura Mazda for giving us another day to be in attunement with Him. This Baj is prayed as: ‘Ashem Vohu, Humata, Hukhta, Hvarashta, Sepasdar Hom, Asta Dadar Ahura Mazda, Be-Awazuni, Pa Patet Hom.’ Certain Baj prayers are also recited before and after meals and normal human ablutions. People who weave kusti, priests or laity, recite the ‘Vanot Baj’ silently while weaving the kusti. They strike the floor during the ritual with a wooden stick named ‘Nao-Gireh’ to keep evil at bay during this chaste ritual. This implement is also used by priests who perform purification rites in preparation for performing higher rituals.