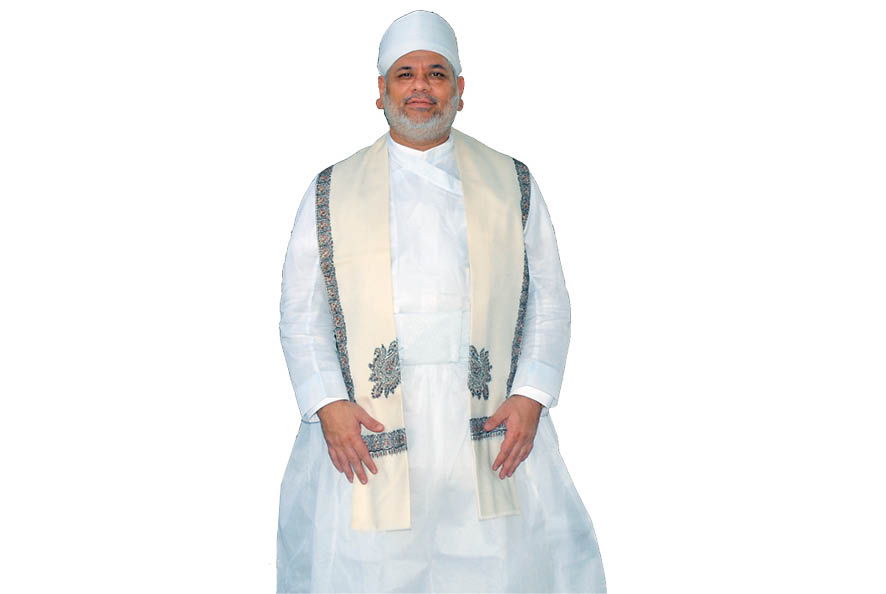 Parsi Times brings our readers an exclusive interview with Vada Dasturji Khurshed Dastur Kaikobad Dastoor, who has recently been appointed as the Parsi Member on the National Minority Commission. Anahita Subedar, Editor of Parsi Times, has an exclusive one-on-one interview with Vada Dasturji Khurshed Dastoor, who opens his heart for those who wish to know the truth from the reverend Dasturji himself.

PT: How did your appointment as Parsi Member to the National Minority Commission (NMC) come about?

Vada Dastur Khurshed: Honestly, I was as surprised as everyone else! In fact, I was abroad last month when I received a phone call from the H’ble Minister of Minority Affairs, Shri Mukhtar Abbas Naqvi, and he informed me that I had been herewith appointed as the Parsi Member on the National Minority Commission.

PT: How does this appointment affect your position as the Vada Dasturji of our sanctum sanctorum – Iranshah in Udvada?

Vada Dastur Khurshed: My appointment at the NMC will in no way affect or make any difference, on any level, to my duty or dedication – in terms of time or devotion – towards ‘Iranshah’ and Udvada. We have a strong set-up and system of serving at ‘Iranshah’. And needless to add, as always, ‘Iranshah’ has always been, is and will always be my first and utmost priority. I have been privileged to serve our ‘Iranshah’ ever since I was just sixteen years old – He is everything to me..my passion and my life. I will continue to perform my duty towards my religion, my community and my country with complete dedication and faith, which I have been entrusted with. 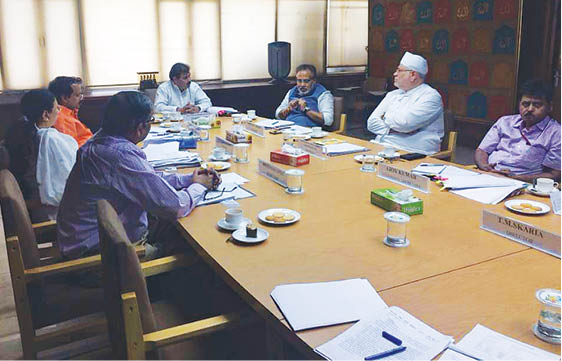 PT: There are rumours doing the rounds on social media, rife with numerous allegations – please calrify.

Vada Dastur Khurshed: As one of the religious heads of our Community – even if it is one as glorious as ours – that is passionately divided about religious beliefs, we have always been criticized right from the start about most things not in our control. At the end of the day, I do what my conscious permits – that which is acceptable and which leads to the progress of our community within the framework of our glorious religion.

And also I have been hearing of some malicious write-ups currently doing the rounds – I just keep getting increasingly amused at the level of fabrication and crazy imagination of some. Though I’m not affected on a personal level, these kind of rumours sadden me – not because of the baseless and false allegations, but because it brings to light the deteriorated quality of my own fellow Parsis that exist within our community today, and their sole vile intent of bringing others down. May Ahura Mazda’s light shine on them and help them become honest and truthful Parsis again.

PT: It is also alleged that you are against our traditional method of treating our dead – Dokhmenashini and that you support alternative means like cremation.

Vada Dastur Khurshed: That is completely untrue! I whole-heartedly support Dokhmenashini and my views thereon have been voiced at various meetings and are in public. I have never supported cremation. I am also of the view that ours is not a religion of force or violence – we cannot force, threaten or arm-twist people into choosing who they wish to marry or the method they choose to dispose their dearly departed ones.

PT: What would your new responsibility as the Zoroastrian representative at the NCM comprise? There are some who allege that you might bring in changes in the existing Zoroastrian socio-religious fabric.

Vada Dastur Khurshed: Why would I bring in any change in our socio-religious fabric when I’m always one of its greatest supporters? All I wish is for our community to unite and prosper and all my efforts are and always will be in that direction and well within the framework of our noble religion. And for the record, the Government has a very strict policy of never interfering with any religious aspect of any community. Members of the National Minority Commission deal with all issues related to all five minority communities of India.

PT: How do you react to this social media menace?

Vada Dastur Khurshed: Honestly, I do not pay heed to loosely flung and unsubstantiated accusations on an unmonitored and unauthenticated medium like social media. People are hopefully intelligent and will see through the nefarious social media-shaming agenda of maligning innocents. There are talkers and there are doers. I am a doer – I do my work to the best of my ability and I sleep peacefully at night because my work stands as my greatest testament in the face of all detractors. I’m just really disappointed at the kind of time that people are willing to waste on social media when they could be using it in being of service to their family or friends or work for the community! Yes, some of the comments leave me stunned and wondering what level has the community come down to! What kind of precedent are we setting for our new generation and our young adults? Instead of infusing ourselves and each other with the power of positivity which we are blessed with by our religion, we are simply pulling each other down and drowning each other with such false negativity. I know I can take legal recourse against those who spread false rumors on social media (kindly refer to box titled Legal Recourse To Fight The Social Media Menace) but I am not inclined to do so. When people abuse the social media platform – it goes completely against our three religious tenets of Good Thoughts, Good Words and Good Deeds, and instead brings in negative energy in line with Dushmatha, Duzukhtha and Duzuvarshtha!

I truly hope and pray that our community progresses for eternity and we are able to relive the glory of our well-decorated ancestors. May Truth and good sense prevail! Ushta Te!


To corroborate the legal recourse one could take in the battle against being wrongly persecuted on Social Media, Parsi Times confirmed with a senior police inspector that one could, under Section 500 of the Indian Penal Code, register a police complaint and sue the miscreant for defamation on social media as under:

Section 500 – Punishment For Defamation: “Whoever defames another shall be punished with simple imprisonment for a term which may extend to two years, or with fine, or with both.”