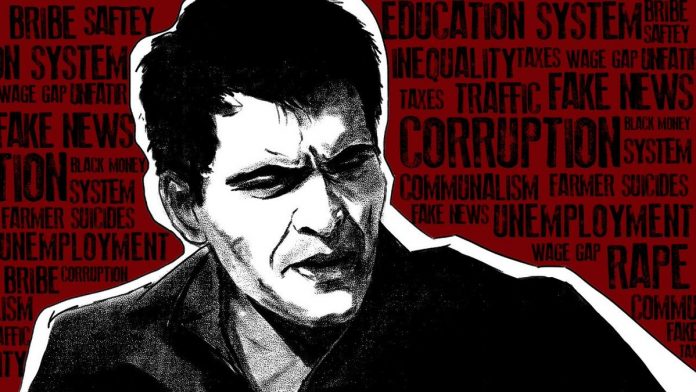 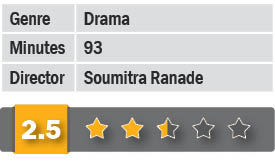 Firstly, classics – and this one claims to be an official remake of the 1980 Saeed Mirza original – are to be left well alone. Secondly, one wonders why this has been tagged as the ‘official remake’. There are few, if any, similarities – the essence of the two films being the angst and the frustration brought on by society.

The earlier one had Naseeruddin Shah playing Albert, a Catholic car mechanic, who abandons his job to take up the cause of mill-workers, which was the burning issue of those times. This one has Manav Kaul as Albert who chucks up an undemanding job and walks out on his girlfriend Stella (Nandita Das). He accompanies an ex-sharpshooter Nayar (Saurabh Shukla), a henchman of the notorious gangster Satam, from Mumbai to Goa on a mission. The crux of the hour-and-a-half film is largely told to us through conversations between Albert and Nayar, interspersed by manifestations of characters played out by Stella, in whom Albert sees women in various avatars.

It’s essentially a road movie and the continual flashbacks and crosscutting hampers the narrative and impedes the flow of the story. The cinematography by Rahul De is good although the jerkiness of the handheld camera could be an irritant. The copious English words and phrases in the film makes the viewer wonder whether the filmmakers had the foreign market in mind (the film was in the making for almost five years).

‘I’m not a dog that can be trampled upon,’ says Albert at one point in the film: a sentence which resonates in the viewer’s mind and encapsulates the essence of his character. Performances by the talented Manav Kaul, Nandita Das and Saurabh Shukla stand out. Kishore Kadam as Police Inspector Pramod Naik too is first-rate. If only director Soumitra Ranade’s screenplay had more shades of, and had stayed true to, the 1980 original…