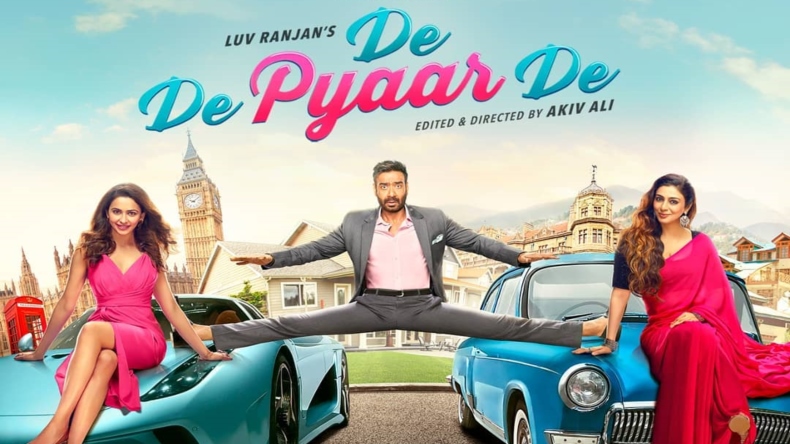 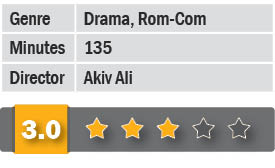 The opening moments of the film set the tone for the entire first half – a hottie stripper in London makes an  unannounced appearance at a bachelor’s party, where, it seems, half the junior artistes of the British film industry are hired! The lass, Ayesha (Rakul Preet Singh) – all of 26 years – whose motto is ‘Don’t confuse love with sex’, takes little time to settle (literally too) into the host’s – investment broker Ashish’s (Ajay Devgn) – apartment. It’s a convenient situation for both – Ayesha is an engineering intern who supplements her income by bartending on weekends. And Ashish lives by himself in London, separated from his family in Kulu Manali.
All is hunky-dory till, on an impulse, the 50-year-old Ashish decides to seek approval for his alliance with his beau from 18-year-old separated wife Manju (Tabu), daughter Ishita (Inayat) who’s Ayesha’s age and son Ishaan (Bhavin Bhanushali), landing up in Manali just when potential suitors turn up for Ishita. Jaaved Jaafrey as Aashish’s friend-cum-therapist, Alok Nath as Manju’s father, Jimmy Sheirgill as Manju’s admirer and Kumud Mishra as Ishita’s prospective father-in-law, make fleeting appearances. The film is liberally peppered with adult one-liners, with many words muted out. The first half is tolerably frisky and frothy, while the second half has more than its share of implausible moments. While the scene with Tabu, Rakul and Devgn in the car is funny, the Raksha Bandhan one is certain to raise eyebrows from the purists.
Inayat manages to look resentful and rancorous in almost every scene. With yet another fine appearance, the film clearly belongs to Tabu. Rakul Preet Singh acquits herself well though Devgn, playing his actual age of 50 years, looks uncomfortable. The didactic dialogues of marriage and the illogical climax (written and co-scripted by Luv Ranjan) notwithstanding, DDPD is enjoyable. Watch it for the exchanges between Manju and Ayesha.