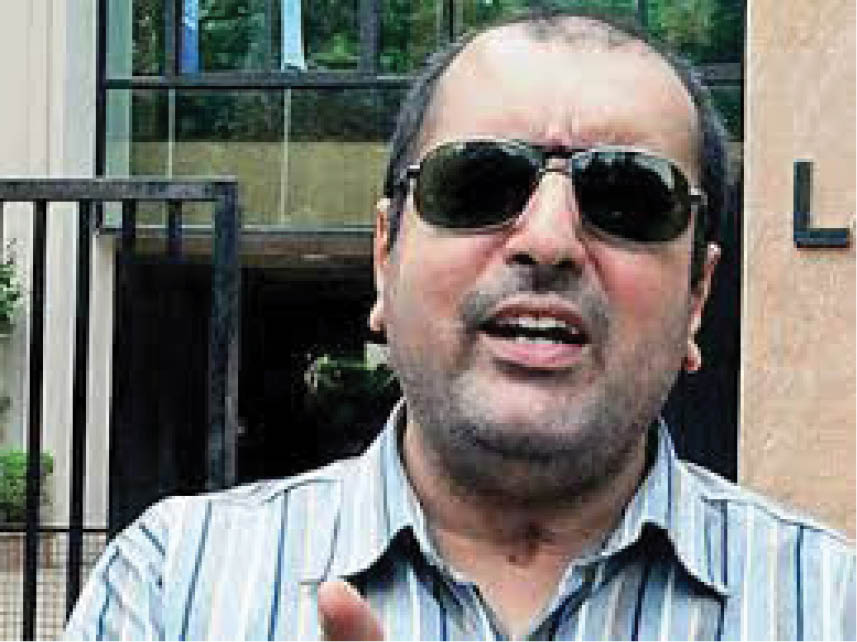 Though Ahmedabad’s 37-year-old Sunny Karanjawala lost his eyesight (100% visually impaired) in a tragic incident nine years ago, he has realized and earned his dream of being awarded a PhD (Doctorate) in Management. Despite the lack of reference material in Braille or any reserved seats for the visually impaired, Sunny’s grit and steely determination saw him through to achieving this nearly impossible feat. Having suffered multiple fractures in an accident in 2010, where he nearly lost his life, Sunny was in a coma for four months. When he came to, he had lost his eyesight completely, but his vision lived on – and with great conviction and enormous effort clubbed with a never-say-die attitude, Sunny beat the odds to make his dream a reality, and to the pride and inspiration of the community and the nation, has been extensively covered for his sheer grit.

He received the PhD notification by GLS School of Doctoral Research and Innovation, GLS University on July 27, 2019. Diagnosed with optic atrophy in 2011, said the past four years have been a roller-coaster ride not only for him but also for his parents. To wake up to blindness from a coma felt like a cruel joke and shattered Sunny’s spirits, but not for long. Once he was on his feet, he decided to start over. Since he had completed MPhil, he decided pursuing PhD in Management. Before the accident, he had completed his MBA and was working as a faculty member in a BBA college in Unjha. His former students played a significant role in his pursuit. 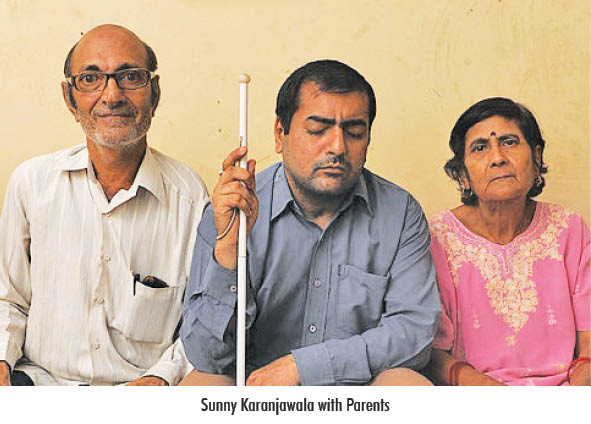 Most Gujarat and Maharashtra Universities rejected him because of his visual impairment but when he got the go-ahead from the Dean at GLS University in 2015, he realised the extraordinary challenge he had undertaken – being no reference material available in Braille or reserved seats for the visually impaired, as per PhD norms. He relied on technology and using different text-to-speech softwares, he started out, under the supervision of Gurudutta Japee, who worked with Knowledge Consortium of Gujarat, and currently with Gujarat University’s School of Commerce.

“The problems did not end there. Besides attending classes for PhD students at the varsity, I also had to prepare a questionnaire and travel across Gujarat as the topic of my thesis was ‘A Study on Awareness Adaptability and Attitude among Farmers and Traders Concentrated in Gujarat with Special References to Commodity Derivatives’. I travelled in the bus with my former students, parents and friends to get information from traders. It was not easy, but when we have the support of family and friends and the will to overcome a challenge, we find a way out,” he quoted to Ahmedabad Mirror.

Sunny’s father, Adil Karanjawala, who is a retired teacher, stood by his son like a rock. Sharing about the tough times they faced financially, he said, “The Parsi panchayat helped us. When he was pursuing PhD, we again had financial trouble as his mother, a teacher, was struggling with her job. Our community has helped us a lot to ensure my son completed his PhD. When he started his research, I would read out from newspapers and books to him and he would make notes by typing them. He would read it through the software. Technology has helped him a lot in this achievement.”

Sunny’s mentor and PhD guide, Gurdutta Japee, is extremely proud of his story, expressing how Sunny’s case is an inspiring story of a man with a ‘never-give-up’ attitude. “I salute his courage. He is a true hero. It’s extremely difficult to achieve what he did,” he said, adding the relevant point that there remains a need for reservation for physically challenged students in Doctorate courses; every department needs to get government grants to support these students, besides latest technology.

Though Sunny Karanjawala has completed his PhD, he still has a long way to go. “The next challenge is to get a job as per my skillset and my degree. I hope institutes and organizations will not just look at my limitations but also look at the knowledge I bring to the table,” he says.

On behalf of the community, we congratulate Sunny and his family for achieving, what most would consider, the impossible! Kudos to his outstanding spirit, his never-say-die attitude and for setting a new standard in being inspirational!