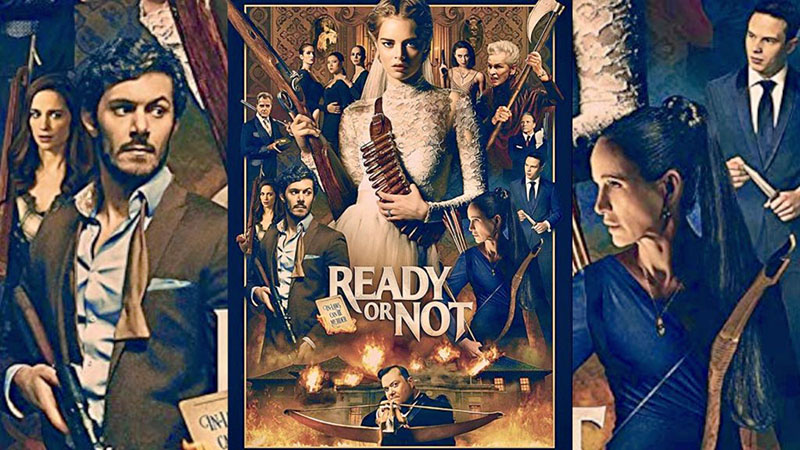 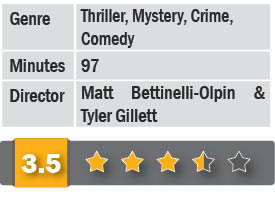 “It’s true – the rich are different,” these words are uttered at one point in the film. Little would Grace (Samara Weaving), brought up as a foster child, have imagined that her wedding night excitement could extend to desperately attempting to save her life from her in-laws, with her husband Alex (Mark O’Brien) being a mute spectator! Getting married to the heir to the dynasty of Le Domas – the wealthy family whose business of printing playing cards generations ago have now progressed to manufacturing board games – was a dream come true for Grace. But the traditional family game at midnight has Grace drawing the deadly ‘Hide and Seek’ card. If she isn’t found before sunrise, and killed, the family would be ruined.

And so begins writers Guy Busick and Ryan Murphy’s dark horror-comedy – ‘Ready or Not’. The Le Domas family, including father Tony (Henry Czernay), mother Becky (Andie MacDowell) and sozzled older brother Daniel (Adam Brody), aided with guns and axes, crossbows and daggers run amok, trying to close in on their target. And this is precisely where set designer Mike Leandro scores – whether it’s the armory on the wall or the props in the palatial mansion.

RoN is a crime thriller, dark comedy and a sinister mystery all rolled in one, with composer Brian Tyler’s (‘The Mummy’, ‘Fast and Furious’) sedate background score keeping pace with frantic proceedings on screen. The viewer is made aware of the impending story when games with names like ‘Family Ritual’ and ‘Secret Council’ are shown culminating in the simple but disquieting ‘Hide and Seek’. True, there are a few gory scenes but that shouldn’t detract one from the true genre of the film. Samara Weaving is absolutely brilliant as the innocent and vulnerable newlywed, who’s totally oblivious of what’s in store for her. Nicky Guadgni as Aunt Helene succeeds in adding the baleful and ominous touch to the already sinister proceedings.