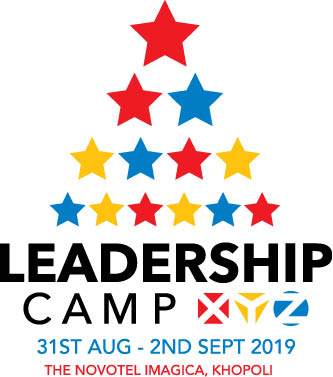 The XYZ Leadership Camp 2019 was held from 31st August to 2nd September, 2019. 42 office bearers along with volunteers went to the Novotel Imagica (Khopoli) for a fun, adventurous and educative weekend.

This camp is specifically for the Presidents, President-elects and the President – nominees of all the 8 XYZ groups, all across the city of Mumbai. Since last year, the XI (Xerxes’ Invincibles i.e. Ex-XYZ’s and youth 15 years and above) also participate in the camp.

The teams at the camp are the Presidents, President-elects and President-nominees and consist of 8 members each. Since the XI had 16 members, they were spilt up into 2 groups – Group A & Group B.

The competitions of the camp kicked off with the icebreaker games and team building activities. 4 teams participated at a time. One XI team participated in games whilst the other organised them.

One of the activities at the camp, which the XYZ Office bearers were given, was a task to prepare an XYZ Book on the work XYZ has done in the past 5 years. All groups did a fantastic job and it was surprising to see how each expressed a uniquely different perspective of XYZ and how special their concept, execution and creativity was.

The XI group was given the task to create a logo and a few merchandise for XYZ for the new XYZ theme “XYZ SUPER HEROES”. Both the teams were creative, thoughtful and had a theory to the theme. The merchandise that they came up with was a badge of honour, tshirts and mugs.

On the 2nd day of the camp XYZ, started with a parade by Imagica. The kids had a good time meeting famous characters and joined in the parade dancing. XYZ had planned a surprise for us. They took us to Snow World at Imagica. We sleighed, danced, ran around the entire ice filled place basically chilling ourselves… literally! 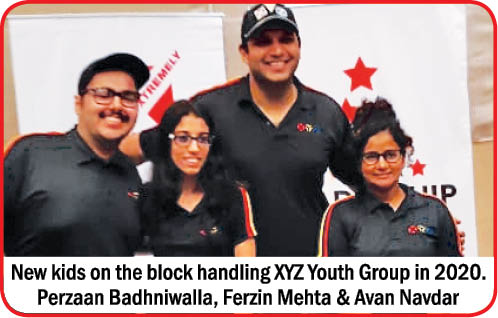 The same night, there was a treasure hunt. The group was divided into 19 pairs. Each pair’s hands were tied up. The first task they had to do was have dinner together. This simple yet difficult task taught them how to adjust to each other’s requirements and work as a team. Once the treasure hunt started, the pairs were given 8 clues and 5 tasks which had to be captured by us on one of our cell phones and posted on our Instagram feeds with 5 hashtags. This treasure hunt was very adventurous and taught us how to think out of the box and the importance of team spirit, cooperation and coordination.

On the last day we had a session called Leadership 101… Understanding the importance of being leaders, recognising our own leadership qualities, working in a proactive instead of a reactive mode. We also discussed the problems that we face in our XYZ groups and how to find solutions to the same. This was followed by our Presidents, President-elects and President-nominees singing the 3 XYZ songs. (You can see additional pictures and videos on the XYZ Foundation Facebook page)

One of the take-aways from this camp was a new Youth Group which will be an off shoot of XYZ. The XI group selected their Organising Committee which will come into force in 2020. The Director was chosen as Ferzin Mehta and Avan Navdar, along with Parzaan Badhniwalla were selected as co-ordinators. These 3 leaders will undertake responsibilities of management and assignment to make sure that the tasks assigned are complete and the XI continues to grow.

Apart from the usual role played by them, there will be some events that will be held only for the XYZ Youth Group from next year. All members of the community over the age of 15 years are welcome to be a part of such events organised for them.

The leadership camp taught us to have self-confidence, to be impactful, reliable, dedicated, hardworking, etc.

Throughout the three days, competitions were held and winning group was the President-Nominees. The youngest team at the camp.

As we moved on to the end of the camp, there was sadness of departing yet an excitement of stepping into a new chapter of XYZ with a hope that the new leaders of XYZ will bring with them a new beginning full of excitement and fun!