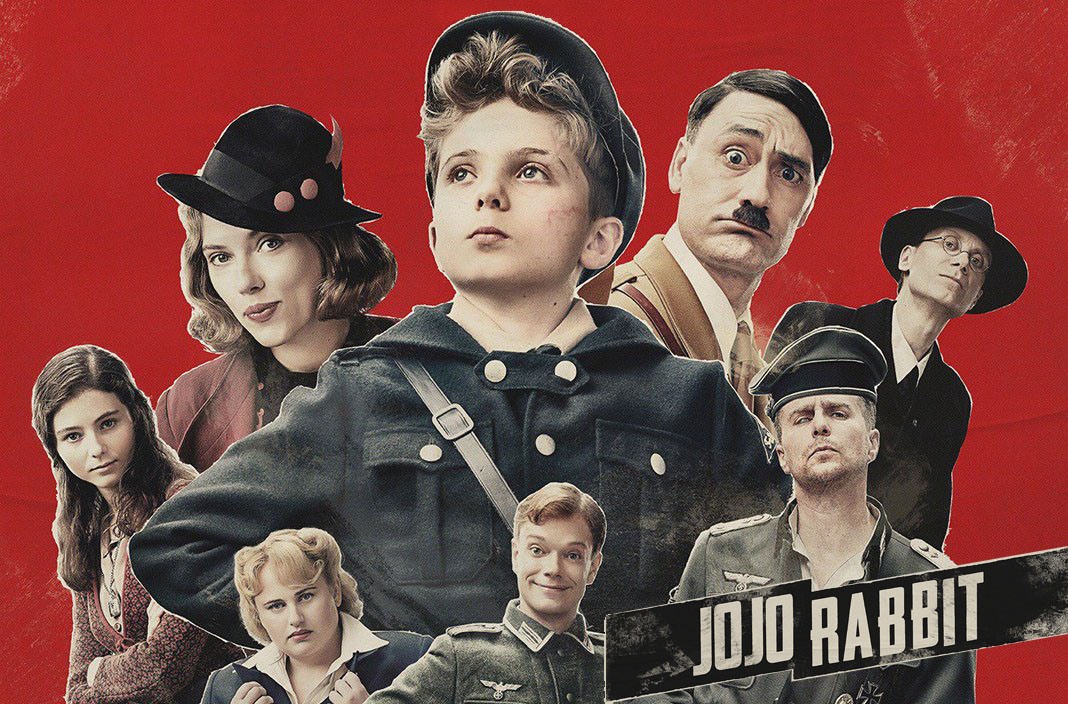 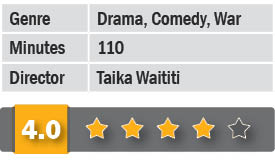 War films have a (c)harm of their own. New Zealander Taika Waititi’s screenplay, based on Christine Leunens’s 2004 novel ‘Caging Skies’, has an earthy kind of appeal to it. Amidst the destruction of war and comedic elements are layers of tenderness and the human touch, fringed by a 10-year-old’s understanding of what constitutes a Nazi and a Jew.

The film opens to the German lyrics of the Beatles’ ‘I Wanna Hold Your Hand’. WWll is in its culmination stage, and Johannes (Jojo) Betzler – played by 12-year-old Roman Griffin Davis – a diehard Hitler fanatic (that’s what he supposes himself to be), is shown attending a Nazi camp. His conscience doesn’t permit him to obey his camp commander’s orders to kill a rabbit – thereby earning him his nickname. His father is fighting the war somewhere in Italy and Rosie, his mother (Scarlett Johansson), a secret Resistance supporter, has hidden Elsa (Thomasin McKenzie), a teenaged Jewish girl in their home. Jojo’s discovery of the girl sets in motion a chain of events that includes lengthy discussions with her, effectively altering his perception of war, Nazism and Hitler in particular – the last-named appearing as an imaginary friend of Jojo (not unlike Gandhi materialising in front of Munnabhai).

Director Taika Waititi (Thor Ragnarok), who parodies Hitler, succeeds in making a feel-good satire. Roman Davis, in his feature debut, and his young friend Yorki (Archie Yates) have some of the best scenes in the film. Nominated for six Oscars, ‘Jojo Rabbit’ shifts gears in the final 15 minutes, though the result is not entirely convincing. Nevertheless, the idiosyncratic nature of the film and the Fuhrer’s parody may remind one of Chaplin’s ‘The Great Dictator’, eight decades ago. But then, Hitler was well and truly alive, and, we are told, he had enjoyed the parody!