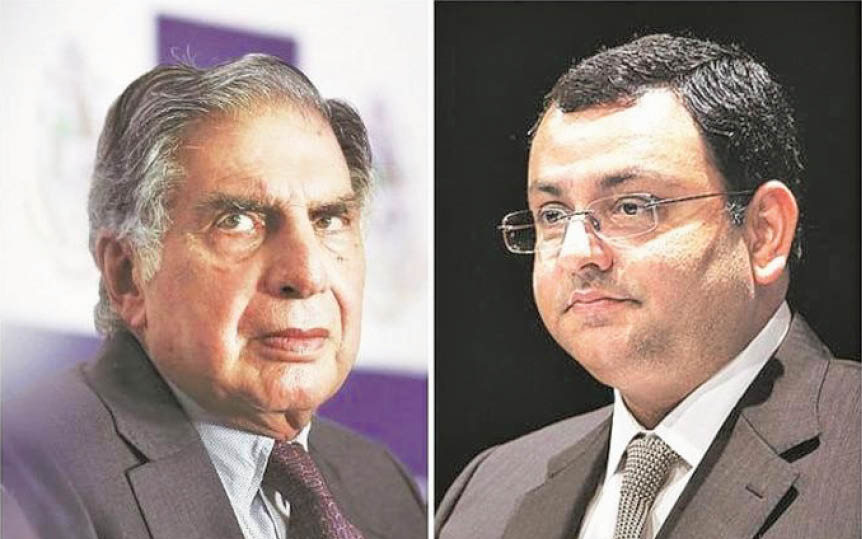 In a major victory for the Tata Group, on 26th March, 2021, the Supreme Court upheld the ouster of Cyrus Mistry as the Chairman of Tata Sons, setting aside the National Company Law Appellate Tribunal (NCLAT) order restoring Mistry as the Executive Chairman of the $100 billion plus conglomerate.

The court thus rejected Shapoorji Pallonji (SP) Group’s claim of being an oppressed junior partner as also its plea for fair compensation of their equity shares in Tata Sons, saying that the value of SP Group shares would depend on valuation of Tata Sons’ equities and also that the SC would not dabble into ascertaining the ‘fair value’ of these.

Cyrus Mistry had succeeded Ratan Tata as Chairman of Tata Sons in 2012, but was ousted four years later. After his dismissal, Mistry named business units ranging from steel and small cars to mobile services, hotels and power as “legacy hot spots” that could destroy up to $18 billion of the $29 billion capital employed in them. This outburst led the Supreme Court to remark that Mistry acted like “a person who tries to set his own house on fire for not getting what he perceives as legitimately due to him.” Adding, the court said, “In fact, it may be conceded today by Tata Sons that one important decision that the board took on March 16, 2012 (appointment of Mistry as executive deputy chairman) certainly turned out to be the wrong decision of a lifetime.”

Writing the judgment for the bench, CJI Bobde laid the blame squarely at the doors of Mistry and SP Group for starting the fight with Tata Group and Ratan Tata. “It is an irony that the very same person who represents shareholders owning just 18.37% of the total paid-up share capital and yet identified as the successor to the empire, has chosen to accuse the very same Board of conduct oppressive and unfairly prejudicial to the interests of the minorities,” the bench said, adding, “In any event, the removal of a person from the post of executive chairman cannot be termed as oppressive or prejudicial.”

Slamming the NCLAT for ordering Mistry’s reinstatement even when it was not sought by the SP Group, the CJI stated, “It is incomprehensible that the NCLAT directed reinstatement, and that too of a director of a company, after the expiry of his term of office. Needless to say that such a remedy would not have been granted even by a labour court/service tribunal in matters coming within their jurisdiction.

Responding to the Apex Court’s verdict on social media, the 83-year-old Tata Group patriarch – Ratan Tata, tweeted, “I appreciate and am grateful for the judgement passed by the honourable Supreme Court today. It is not an issue of winning or losing. After relentless attacks on my integrity and the ethical conduct of the group, the judgement upholding all the appeals of Tata Sons is a validation of the values and ethics that have always been the guiding principles of the group. It reinforces the fairness and justice displayed by our judiciary.”

The bench, had, in December 2020, reserved the verdict in this matter, when the SP Group had expressed that the ouster of Mistry as the Chairman of Tata Sons in the Board Meeting (held in October 2016) was like an ‘ambush’ or a ‘blood sport’ and in violation of the principles of Corporate Governance as also, pervasive violation of Articles of Association. The Tata Group had vehemently opposed these allegations claiming that no transgression had taken place and that the Board was well within its right to remove Mistry as the chairman.

Senior lawyer Harish Salve, appearing for Tata Group, had also offered to buy out Mistry family’s 18% stake at fair value if required and if it could be proved that the Tata Group indulged in oppressive practices.