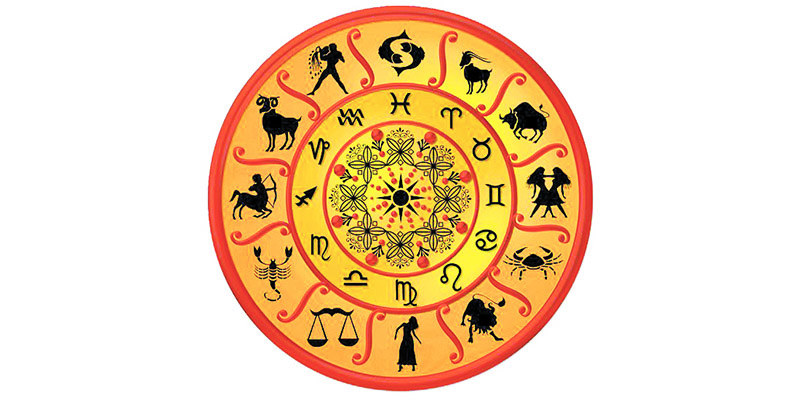 “Men at some time are masters of their fates.The fault, dear Brutus, is not in our stars, but in ourselves, that we are underlings.” -William Shakespeare’s Julius Caesar (Act I Scene 2)

As a subject of light conversation, astrology is at once interesting, fascinating, amusing and fun. But, when astrology becomes a subject governing day-to-day life, decision-making and relationships, it no longer remains funny or amusing! Astrology probably originated in Babylon or modern-day Iraq. Cuneiform tablets have been excavated depicting horoscope charts dating from the fifth Century BC and earlier. Astrology is a divination art which teaches that the relative positioning in the sky of the sun, moon and planets has an influence upon individuals and upon the course of human affairs.

Extant Zoroastrian texts indicate that astrology was used by ancient Zoroastrians and their priests, the Magi, primarily as a method of measuring historical and calendrical time. They used astrology as a means to date events in history. The Magi also used astrology to predict cyclical events such as seasons and significant climatic changes that would cause community-wide changes.

Since Zoroastrian philosophy recognizes free will and a person’s individual and complete responsibility for her or his every thought, word and deed, it automatically rejects any suggestion that a person’s choice of thoughts, words and deeds were a result of movements of astral bodies in the skies.

However, there are Zoroastrian schools of thought which maintain that astrology may be used to indicate potential rather than absolute fated destiny, or perhaps favourable and unfavourable timing to undertake a venture. Though there are no direct references to astrology in surviving Zoroastrian scriptures, astrology plays a prominent role in Middle Persian (8th to 10th century CE) non-scriptural Zoroastrian religious texts such as the Bundahishn (The Zoroastrian Book of Genesis or Creation) and Jamasp Namah (the Book of Jamasp or the Jamaspi). These texts are based on earlier (now extinct) religious texts. The role of astrology in Zoroastrianism is mostly cultural and not religious. The cultural role is nevertheless deep-seated.

While there is a Zoroastrian tradition in astrology, Zoroastrians do not see Zarathushtra as an astrologer. Rather, they see him as a wise person who developed an integrated understanding of theology, philosophy, ethics, the sciences (including astronomy), health and order – in other words, active, meaningful, holistic, ethical, lawful living.

Unlike Greek sources, while Zoroastrian sources do not make the claim that Zarathushtra was the ‘inventor’ of astrology, a few Zoroastrian texts do speak of Zarathushtra as an astronomer and someone who built an astronomical observatory. One of the primary purposes of the observatory was to measure time, maintain a very precise calendar and predict the seasons and accompanying weather changes – in other words, applied astronomy. The calendar was used to make preparations for planting and harvesting crops; the time for taking animals to pasture or on pastoral circuits, and even the starting and ending of the caravan season for trading and travel journeys along the Silk Roads.

While the Zoroastrian calendar employed a zodiac, the zodiac was used to predict the equinoxes and solstices. The Zoroastrian year started with the spring equinox (commonly March 21). The resulting calendar was very accurate. Some writers state that this system of starting the year on the equinox produced an automatically self-adjusting calendar that did not need to rely on specified intercalary (leap) days but which were inserted automatically. The zodiac itself did come to be used in Zoroastrian cosmology and the astrology of the world.

It would seem that in ancient times there was a very thin line – or no line at all – between astronomy and astrology.

How Other Traditions Have Viewed Astrology

The actual word for astrology in the Hebrew language literally means, ‘divining the heavens’. Divination is the act of foretelling future events, or of revealing secret knowledge, by means of signs, omens or supernatural agency.

The Bible, Leviticus 19:26 NIV states: “Do not practice divination or sorcery.”

Islam, like Christianity and Judaism also condemns fortune-tellers. In the Holy Koran (5:3), Surah Al-Maida commands: “Forbidden also is to use arrows seeking luck or decision; all that is disobedience of Allah and sin.”

Closer to home, there is a Sanskrit Sukti (saying):

“Hard work will actuate the task, not just by thinking it happens. The Deer never walks to a sleeping lion’s mouth”

Despite wisdom of the ages, the average Indian’s obsession with astrology often borders the insane and the Indian Parsi is no exception to this. From mahurat and chogadiyu to chand-raat and Amavasya and the all-important ‘tapko’ or Horror-scope … sorry horoscope, holds our otherwise rational and intelligent community in a tight grip!!

The question to ask would be: Is astrology accurate or true? Skeptics will say no and believers will say yes! Let’s start by assuming that astrology is true and it works. But, the question is, which branch of astrology is true? Aryan or Vedic astrology or Dravidian astrology! The Aryans were nomadic and gazed at the stars. Dravidians were settlers and they made and still make predictions by looking at people and call it Nadi Joshyam. It is based on the belief that the past, present and the future lives of all humans were foreseen by Dharma sages in ancient time.

For a community that is currently riding on the wave of ‘Jiyo Parsi’ (long live Parsi), its obsession with Tapko and Manglik boy or girl is a potential path to ‘Maro Parsi’ or death of the community!

In Hindu astrology, Mangal Dosha is an astrological combination that occurs if Mars (Mangal) is in the first or second (Considered by South Indian Astrologers) fourth, seventh, eight, or twelfth house of the ascendant chart. A person born in the presence of this condition is termed a Manglik. It is believed to be unfavorable for marriages, causing discomfort and tension in relationship, leading to severe disharmony among the spouses and eventually to other bigger problems. This is believed to be caused due to the fiery or militant nature of the planet Mars, named after the Roman god of war.

However, if two Mangliks marry, the negative effects are believed to cancel each other out. Also, Mars is not the only planet in astrology that is supposed to affect relationships and these effects should be seen in a broader perspective of overall astrological compatibility.

There are many tod (literally meaning break or antidote) to neutralize the malefic effect of this planet. The bad effects of Mangal Dosha can be reduced with the help of astrological remedies which would generally include the application of prayers, rituals, special and specific gemstones and acts of charity and these remedies would be different for different individuals, depending upon their horoscopes and of course the astrologer.

Bizarre as this may seem, there is a belief that the negative consequences for a single-Manglik marriage can be resolved if the Manglik first performs a ceremony called a kumbh vivah, in which the Manglik “marries” a banana tree, a Peepal tree, or a silver or gold idol of a Hindu Divinity. Unfortunately, the Mangal Dosha is too hyped in India, including among Parsis. A Manglik marrying a non-Manglik is considered a disastrous pair since potentially it can even lead to death of one of the partners. Since matching horoscopes has now almost become part of Parsi culture and tradition and planet Mars is considered malefic leading to tensions, dissatisfaction and disasters in married life, being Manglik is almost a taboo.

Our argument with Parsi parents is simple: When you brought your child into this world was there a guarantee that he/she would be immune to all diseases and he/she would enjoy a great relationship with his/her own parents, teachers, neighbours and peers? If the answer is in the negative, our next question would be: what was the antidote? Vaccination, good hygiene, good nutrition, good up-bringing, a caring and loving environment, instilling right values!!

In other words, despite fear of your child potentially catching some dreadful disease and not getting along with people, including the parents, you did risk bringing your child into this world, keeping a positive frame of mind and taking preventive or remedial measures in a planned and systematic way. What then prevents panicking parents from exercising the same level and degree of prudence when it comes to marriage? If two individuals like each other and seem compatible, why make Mangal the Match-Breaker?

Your destiny is to fulfill those things upon which you focus most intently. Choose to keep your focus on that which is truly magnificent, beautiful, uplifting and joyful. Your life is always moving toward something. Stay positive and always remain optimistic. Truth be told, you alone control your future and your destiny. Essentially, what you think about comes about. By recording your dreams and goals on the canvas of this universe you set in motion the process of becoming the person you most want to be. Put your future in good hands – your very own and not astrologers, who are like the blind holding different body parts of the elephant and mistaking the leg for a tree trunk and tail for a snake!

Finally, in the words of Victor Frank: “Between stimulus and response there is a space. In that space is our power to choose our response. In our response lies our growth and our freedom.”