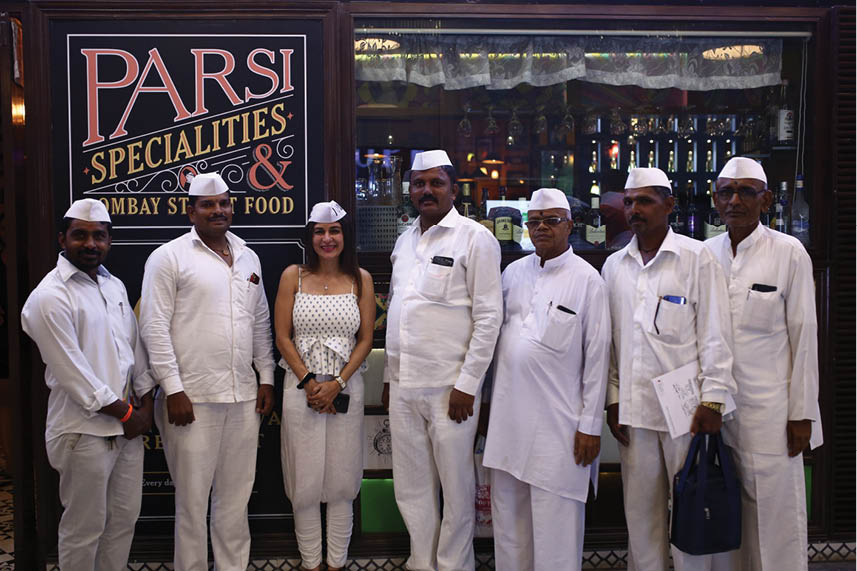 SodaBottleOpenerWala, Mumbai’s much adored Bombay-Irani Café and Bar chain presents yet another ode to the city with a tribute to one of the oldest communities: The Dabbawalas. Last month, SodaBottleOpenerWala unveiled a comic book on dabbawalas at Palladium, Mumbai, titled ‘Dabbawala’ – the true Superheros of the city, by artist Abhijit Kini. The brainchild of Chef and singer Anaida Parvaneh, Chef Partner – SodaBottleOpenerWala, who has been strongly inspired by the relentless efforts of the Dabbawalas to ensure that Mumbaikers receive food on time. This comic book was launched in the presence of Dabbawalas, artist Abhijeet Kini, the Palladium team and the SodaBottleOpenerWala team, as a part of the art exhibition organised by Palladium. The story starts with a kid coming home and asking his dad for help on a project on Super heros, wondering whom to choose between Spiderman and Superman and his father suggests why not Mumbai Dabbawalas? The father then proceeds to explain to his son why they are super Heros and the comic ends with the kid taking a selfie with his favourite Dabbawala.

“I have been a fan of Dabbawalas ever since their ‘Share my Dabba’ initiative over a decade ago and have been wanting to do something worthy to honour them for years. In their honour we at SodaBottleOpenerWala also serve our famous Dhansak in a Dabba at our outlets. To us the Mumbai Dabbawalas represent the true spirit of Mumbai at its best and are heros for all the right reasons,” says Chef Anaida Parvaneh, Chef Partner SodaBottleOpenerWala – High Street Phoenix

The comic book is available in English and Marathi versions, across all eight SodaBottleOpenerWala outlets in Mumbai, and priced at Rs. 100. The proceeds from the sale of the comic book will go to the Dabbawala community.