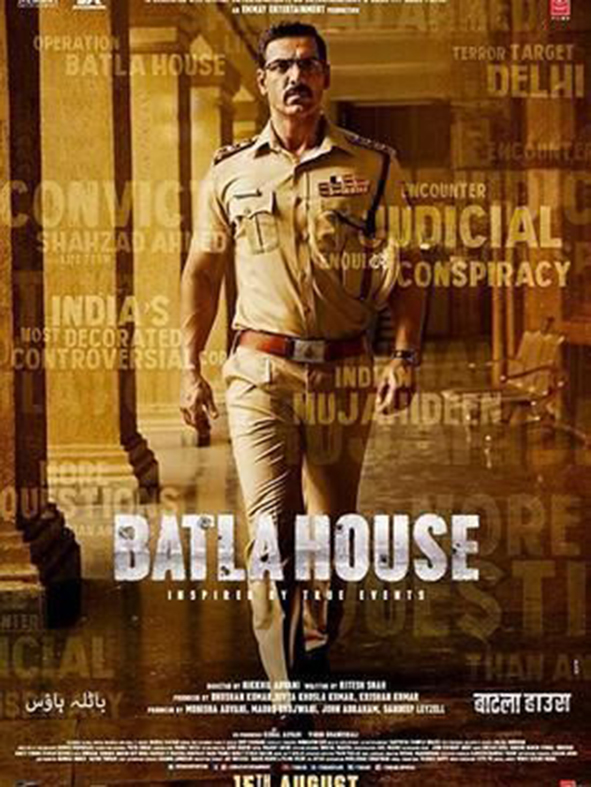 Disclaimers at the beginning of a film are customary, even mandatory at times. But when one appears in the middle of the scene in the film, it sets you wondering as to the intentions of the makers. It could even distract the viewer. The disclaimer in this case refers to the film maintaining a neutral stance between the police and the terrorist group. 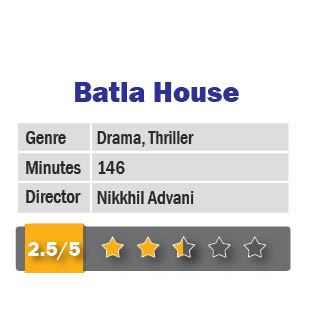 Mid-September 2013 witnessed serial blasts in Delhi. A week later a seven-member Delhi Police Special Cell team raided a building — Batla House in the Jamnia Nagar locality — where extremists from the suspected Indian Majahideen were holed up. While two of them were killed along with Police Inspector KK (Ravi Kishen), the police drew flak staging an encounter against innocent ‘university students’.
The film attempts to recreate the proceedings, especially the personal and professional impact it had on DCP Sanjeev Kumar Yadav (Sanjay in real life). His tottering relationship with his TV news anchor wife Nandita (Mrunal Thakur), his uneasy equation with his superiors (there is a scene where he visits the Home Minister –  the actor playing him made to look like former Home Minister Shivraj Patil), agitations and criticism by civil rights groups, his mental equilibrium suffering — to the extent of visiting a psychiatrist, who diagnoses it as Post Traumatic Stress Disorder – all form part of the almost two-and-a-half-hour runtime.
Though director Nikkhil Advani has helmed BH with a backdrop of terrorism, yet the viewer gets the impression of the film having academic undertones. John Abraham underplays his role, Ravi Kishen is shown in flashbacks and Mrunal Thakur as the wife who has an uneasy equation with his wife does well.
The last few minutes, reserved for the courtroom drama, enlivens proceedings with the fuzzy silver-wig-wearing prosecutor Rajesh Sharma (shades of Harish Salve?).
Advani (Kal Ho Na Ho) and writer Ritesh Shah (Pink, Airlift) succeed somewhat, though not entirely. Drama — yes, thriller — not exactly