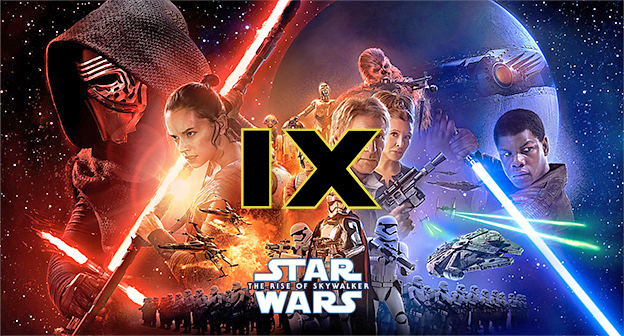 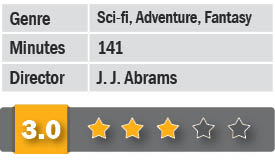 Remember ‘The Trail of the Pink Panther’, Peter Sellers’s 1982 film which was made after his death from earlier deleted scenes and previously viewed footage? Well, at a particular stage in the film, the appearance of late Carrie Fisher (reprising her role of Princess Leia), certainly reminds you of the Pink Panther film, though Fisher’s scenes are much fewer – and scattered. More than four decades after George Lucas presented his ‘Once upon a time in a galaxy far, far away…’ series, the studio has now sought closure after this ninth episode of Star Wars.
The villainous Kylo Ren (Adam Driver) – Supreme Leader of the First Order, discovers an old Sith map to an unexplored planet (Exogol), that holds the key to the First Order’s total dominance over the galaxies. And that’s just the beginning. The three main saviours Rey (Daisy Ridley), Poe (Oscar Isaac) and Finn (John Boyega) go about their job to stop the First Order’s sinister designs. Technically sound, visually arresting, aurally outstanding: the film is a technical treat – if only Abrams, who co-wrote the story and screenplay, had not seemingly pre-decided to make this the longest in the Star Wars franchise. Loose ends are sought to be tied up with a ribbon, but a drawstring is what appears to the viewer. “If this mission fails, it will all be for nothing,” says a character more than midway through the film. It could well have been uttered by the makers’ midway through the production of the film!