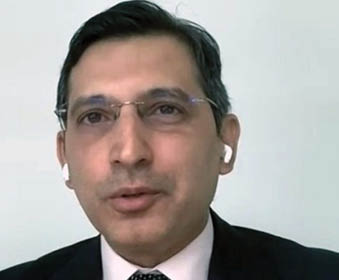 ‘Fountain Court Chambers’ is a leading set of commercial barristers at the heart of ‘Middle Temple’ – one of the four ‘Inns of Court’, exclusively entitled to call their members to the English Bar as barristers, located near the Royal Courts of Justice, within London City. A ‘Door Tenant’ is a barrister who has been granted permission to join a set of chambers and work with them remotely – from premises outside the chambers.

After graduating in Economics from the Bombay University, Zal Andhyarujina attained a BCL from Oxford University as a Rhodes Scholar, enrolling at the Bar in 1998. His areas of expertise include International Arbitration, Enforcement of Foreign Awards and Decrees, Commercial Litigation, Company Law, Restructuring and Insolvency, and Financial Services.

Speaking on the occasion, Andhyarujina shared his excitement on joining Fountain Court, “I look forward to collaborating and working with its many distinguished lawyers. Fountain Court has built a reputation for disputes work internationally. It also recognises India as an important jurisdiction. I hope that together we will strengthen its presence in these areas of practice.”

Another Zoroastrian lawyer to have been called by chambers in the United Kingdom is former AZB and Cyril Amarchand Mangaldas Partner – Percival Billimoria, who was recently designated as Senior Advocate by the Delhi High Court, and at Outer Temple Chambers, in 2019.