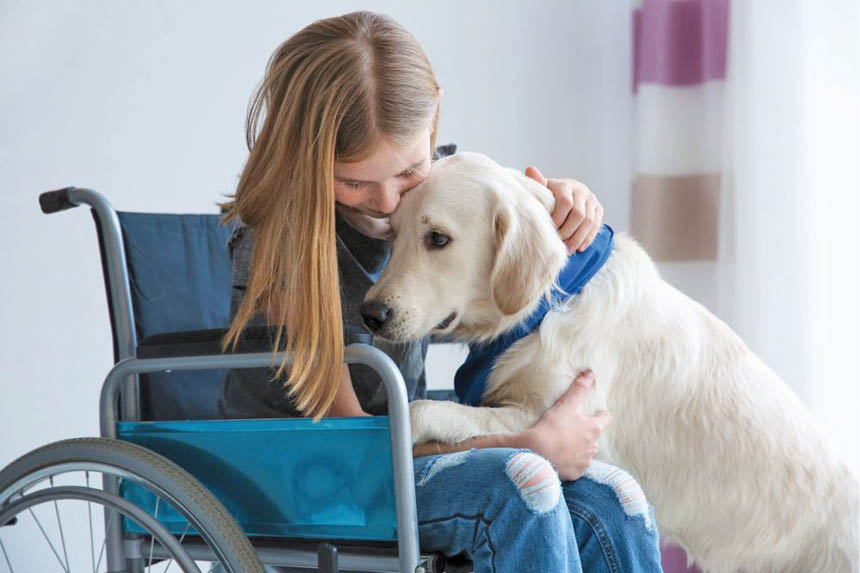 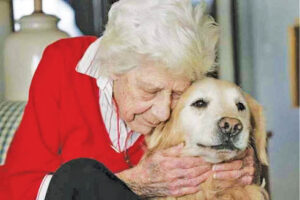 Rita, a pretty girl in her twenties, had been hiding behind closed doors for over the past five years now. When her teacher connected with me to help her, I was initially sceptical about her willingness. You see, Rita is an acid attack survivor; and most of them prefer to hide from the world for the fear of being judged.

Most people recoil when they see a deformed face, but not dogs. Dogs don’t care about looks, wealth or status – they treat everyone the same. When Maya, a therapy dog, met Rita, she didn’t bother with her looks. She shoved her favourite toy into Rita’s lap and nudged her hand asking her to throw it. Rita had tears in her eyes as she threw the toy. It was the first time anyone other than her family had accepted her, without judging her for her looks.

I just sat at the session and watched as Maya wove her magic… Rita laughed, played fetch, fed Maya treats and chatted animatedly with the dog as she sat quietly with her head in Rita’s lap, listening to every word.

Dogs like Maya are working around the world to make a powerful change in the lives of people, especially children. There are dogs that help children with reading difficulties as they patiently listen to them read and never laugh at their mistakes. There are dogs that go to court and sit silently by the side of children or women who have been abused and support and enable them to speak their truth and receive justice. There are dogs that have helped people in large companies manage their stress and even made a huge difference to the panic levels of people during Covid times. 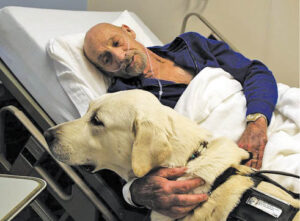 But the significance of dogs in therapy is not a new concept. Animals have been used for therapy for a few centuries now. In 600 BC, the Greek gave horseback rides to raise the spirits of people who were incurably ill. In the 17th century, medical literature contains references to horseback riding as beneficial for gout, neurological disorders and low morale. And, in the 18th century, the York retreat in England for mentally challenged people included animals in the facility. Today, the idea that animals can bring physiological and psychological benefits is widely accepted.

A few years ago, a young boy was traumatically attacked by a dog. His parents reached out in the hope that I could help. For the first half an hour, he refused to meet Sera, a Labrador. Once he agreed, it took Sera little time to win him over.  Even though other family members were terrified of dogs, she somehow knew this little boy needed her the most and she gravitated towards him, helping absorb his stress, patiently removing his fears and happily accepting him as a friend.

Snoopy, a cocker spaniel didn’t enjoy being around noisy active children. But he often sensed when a child needed him and would then transform into a different dog. In 2001, when the earthquake struck in Bhuj, reducing buildings to rubble in minutes, Snoopy was a part of India’s only civilian Search and Rescue Dog team.

In one of the searches, a father and his young 5-year-old daughter approached us for help in the dark of the night. He was hoping his wife who was buried under the rubble of their home was alive. As one of the dogs searched for the missing lady, Snoopy and I stood at the bottom of the pile of rubble and watched with the little girl in a torn dress standing by our side. Minutes later, I turned to see the girl had sat down in exhaustion and Snoopy had crawled into her lap. As minutes turned to hours and she cried for a mother that wasn’t going to return, it was the little dog that kept her warm and comforted her. When her father came to take her, she refused to let go of the little dog that had helped through the darkest night of her life.

We often say that science has answers to everything in life. But when I look at therapy dogs at work, I don’t think science has answers on a lot of the amazing work they do. No one teaches these dogs when and how to give love to complete strangers, they just do it intuitively. They know when to work their magic, how to spread love and how to be patient with people who need them.

In this post-pandemic world that is struggling to cope with mental health issues, dogs could show us the way to a happier life.