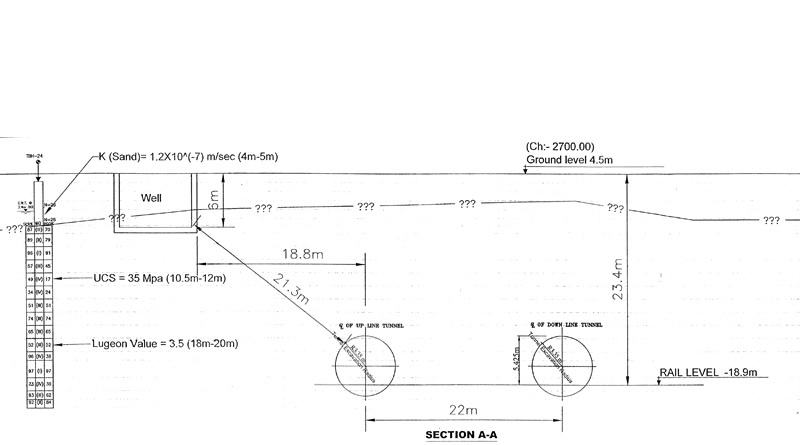 The past few months had our community outraged with the proposed Colaba-Seepz Mumbai Metro Rail Line 3, which was to be constructed dangerously close to our much-loved Bhikha Behram Well at Fort, threatening to dry up the well. Professional geological reports had suggested that the proximity of the proposed rail line to the well would adversely affect the depth of the well water, as the excavation of the tunnel had been planned at a distance of only 15 meters from the well, which would have caused the well water and the subsoil water to completely dry up.

Standing up for our cause was Mangal Prabhat Lodha, the MLA from South Bombay (in charge of Wards 211 to 216) who had called for a meeting on the 3rd of May, 2016, with the MD of Mumbai Metro Rail Corporation (MMRC), IAS Ashwini Bhide, Trustees of the Bhikha Behram Well and members of the community. Also present at the meeting, which took place at 1:30 pm at the MMRC office at BKC, were Sharad Chintankar, (VP, BJP-Youth Wing, Mum); Sunil Dhabale (President, BJP Ward 213); Shahrukh Bilimoria (VP, BJP Ward 213 and General Secretary of Godrej Baug); Minoo Khan from Lodha Foundation and Officer from MMRC, R. Ramana.

MLA Lodha, who was representing the Parsi interest, held the meeting with the purpose of garnering MMRC’s assurance that no harm would come to the well. Verbal assurances were provided by MMRC that the well-water streams would stay protected. The verbal assurances have now translated into commitment on paper from the MMRC about the same. Parsi Times is pleased to break the good news to the community that last week MMRC issued a letter formally acknowledging and guaranteeing the safety of Bhikha Behram Well. In fact, MMRC’s MD, Ashwini Bhide, has assured us that a survey will be conducted before any construction activity takes place to ensure the absolute safe-keeping of not just Bhikha Behram Well, but all the wells in that vicinity – namely the wells at Anjuman, Wadiaji, Dadiseth and Banaji fire temples.

Proposed construction blueprints have also been submitted, further reinforcing the verbal and written guarantee by MMRC. An excerpt from the letter issued by MMRC (translated into English from Marathi) reads:

“In the meeting (May 3, 2016), you had inquired how the Bhikha Behram Well and the water source will get affected. We have researched and taken into account not just this well’s structure but also other sites in the neighborhood, and have ensured that nothing will get adversely affected. Along with this letter, the map of the Colaba – Bandra – Seepz Metro Project route and details of the Bore-Hole investigations are also attached. As decided in our meeting, we are researching information about the other wells belonging to the Parsi Community falling within the Metro corridor, and will update you with the detailed specifics accordingly.”

MLA Lodha said to PT, “Parsis are close to our hearts and we will ensure that their religious sentiments are respected and their religious structures are kept intact. We are always available for any help they may require.” Others present at the meeting were Farhad Hozdar, President of Godrej Baug and Polly Nagwaswala, President of Zoroastrian Colony at Tardeo.

Shahrukh Bilimoria VP, BJP Ward 213 and General Secretary of Godrej Baug, told PT, “As a Parsi, this matter is close to my heart and I would like to assure the community that our beloved Bhikha Behram Kua will stay protected and no harm will come upon it. As a BJP representative, I’m always here to help my community whenever needed, from our party.”

This comes as a big relief to the community, which was unsure about the future of our much-loved Parsi heritage – The Bhikha Behram Well. On behalf of the community, Parsi Times would like to thank all those instrumental in protecting our prime religious property and sentiments. ‘Well’ done, indeed!