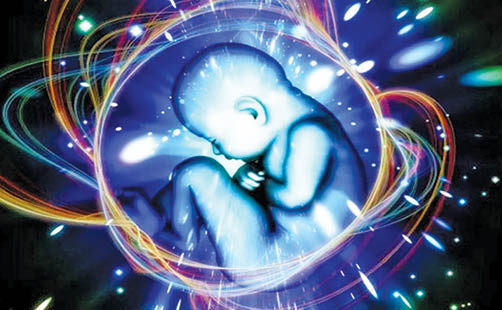 Most religions have strong beliefs and outlooks about the concept of rebirth and reincarnation. In this thought-provoking conclusive part of the series, Er. Dr. Ramiyar Karanjia enlightens us about this concept with regard to our Zoroastrian religious philosophy and beliefs.

Dr. Ramiyar: The doctrine of Karma (action and reaction) is a part of Zoroastrian religion, and is enshrined in the idea of the Law of Asha. We have the following teachings regarding the Law of Asha, as under:

PT: Please explain the journey of the soul in the Zoroastrian religion.
Dr. Ramiyar: Zoroastrian religion explains many stages of the soul’s journey. The first stage is before creation when the soul was a part of the pure light in endless time. The second stage is in the spiritual world where individual souls were created. Here they were attacked by Ahriman, the evil spirit, and hence they decided to take birth in the material world to fight evil and overpower it once and for all.  The Zoroastrian word for soul is Urvan or Ravan which means ‘the chooser’. The third stage of the soul is in this material world with a human body, as the soldier of Ahura Mazda to fight evil.

In his world, the friends of the soul are wisdom, good mind, conscience, intellect, will and reasoning. Its enemies are lies, jealousy, anger, revenge, greed, envy, excess and deficiency. Every soul has an exclusive Fravashi (Asho Farohar) as its guide. Sarosh Yazad is the guardian of all souls. In the material world the soul has to depend on the mind for guidance as a human being can reach the soul only through the mind. Most of the times, the mind tries to rule the soul. Religions give spiritual disciplines like ethics, prayers, meditation, and practices (tarikats) to control the mind and reach the soul. The mind continually tries to create deception and makes the best efforts not to allow the soul to operate.

The fourth stage of the soul is when it separates from the body at the time of death. It stays near the body for three days and nights and then begins its journey to the other world on the dawn of the fourth day from when starts its fifth stage. In this stage the soul’s judgement takes place and then it crosses the Chinwad Bridge, led by its Daena to its station in the spiritual world. Here the soul continues to progress very slowly. Its only expectations from the living people are that they remember it in a pleasant manner and do good deeds in its memory. At the end of this stage, the second judgement of the soul takes place for souls who have not yet reached the highest heaven (Garothman). Then the soul stays in Garothman till the end of the world.

The last stage of every soul is when it will go to the Timeless World from where it had first begun. This event is known as Frasho-kereti or Frashogard.

PT: Which other religions also do not support the theory of rebirth?

Dr. Ramiyar: None of the three Abrahamic religions – Judaism, Christianity and Islam – support re- incarnation. The philosophy of re-incarnation is supported only by Hinduism and other Indian religions like Buddhism, Jainism and Sikhism. However most of these religions believe that the soul can be reborn either as an animal or a human being. However, ordinary humans need not be bogged down by this eternal existential question.

To substantiate what I am saying, let me narrate a Buddhist parable before I end. Once, when a devotee asked Gautam Buddha whether rebirth was a possibility or not, the great prophet said, live well your life, then you need not bother whether you are coming back or not.

Today, for most Zarthoshtis, accepting or rejecting reincarnation has become a matter of personal belief. But we need to be assured that whatever is to happen in nature will happen, and whatever that may happen, will be the reflection of our present life. Hence we should only concentrate on making our present life a good, ethical, helpful and enjoyable experience.