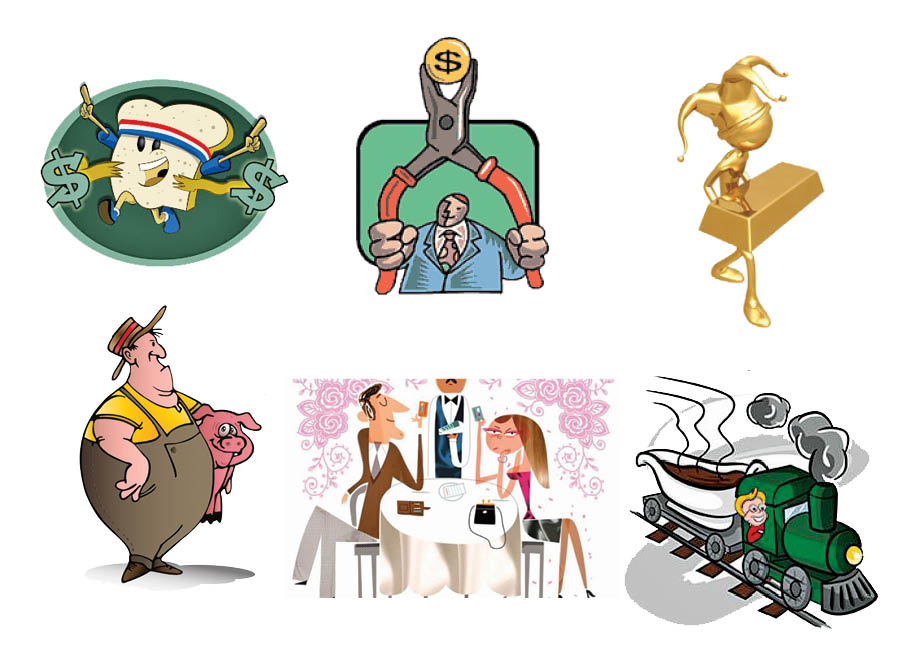 On popular demand by our readers, PT is delighted to coax our brilliant writer, Dara Khodaiji, into sharing another set of his ‘info-taining’ Idioms…

Idioms aren’t idiotic. They are replete with wisdom, lessons in morals and a lot more besides being amusing.

Most of our life is spent in working and earning our livelihood, or being the breadwinner. ‘Breadwinner’ stands for someone who works and earns for the family, especially the sole earner. This phrase originated in early 19th century when many workers were paid in bread instead of money. The word ‘Bread,’ represents a meal – hence the term Breadwinner.

also indicates someone who works and earns for the family, especially the sole earner. In the 11th century in a small town in Essex, England, there used to be an annual competition in which the village’s most devoted couple, who lived a life of true marital bliss without quarrelling even once in the past year, would be rewarded with a flitch of a hog. There is yet another explanation for this phrase. During the 15th century, a greased pig was put up as a prize at village fairs. Any man who could chase and catch the oiled ‘oinker’ would be allowed to take it home!

It seems to have originated from the French ‘a la pincer”, i.e. to be in a pinch meaning, to feel the squeeze or be under financial pressure. The word ‘pinch’ was associated with money during the medieval times. Hence ‘to pinch’ has come to mean to steal, thus the term ‘Penny pinching’ meaning being miserly.

Something that is believed to be valuable but is really worthless. Iron pyrite look very much like gold, but it is worth a very small fraction of gold.  A 16th century explorer, Englishman Sir Martin Frobisher, during one of his expeditions discovered what he thought was gold. When he returned to England with a lot of the shiny stuff, he discovered it was not gold but only iron pyrite. His joy was short lived and was probably ridiculed for it as bringing ‘Fool’s Gold.’ Thus, we use the term now for anything that is inappropriately designated as very valuable as Fool’s Gold.

To split evenly while settling a bill. This phrase started in England sometime in the 17th century. Holland and Britain were not on very friendly terms and the British used to mock the Dutch for being thrifty to the point of being miserly and ungenerous. Normally chivalrous men pay for the meal when dining with a lady. The Dutch would have no compunction in allowing the lady to pay for her share of the bill when out on a date. When the bill was shared, it was known as going Dutch. This was a mild form of racism.

Being on a gravy train is to do a very profitable business, make a lot of money without making mush effort. This term came about in the early 20th century. The word ‘gravy’ became a slang for any ill-gotten wealth like winnings at a poker game or at the race-tracks. Another explanation comes from the railroad workers who referred to a ‘high–paying run’ as riding on a ‘gravy train’.

Money secretly paid as a bribe for getting preference for a business deal, or a contract or an illegal scheme or hush-money to politicians or police or any person in authority. This term originated in the USA sometime in the 1800s. It referred to the violent recoil of a rifle when fired. By the early 20th century, it came to mean a payback for favours done, mostly illegal, like the agent getting a cut from the workers for being selected for work.

To come into a lot of money, feeling rich. This idiom probably started somewhere in the US. The strongest hand, the winning hand in the game of ‘poker’ is the ‘Royal Flush.’ By extension it could also refer to the possible rush or the flush of colour (red) to the cheeks when one gets a winning hand. Thus the term ‘feeling flushed’. Incidentally, in India the Indian equivalent of poker or ‘teen-patti’, is also called ‘Flush’!