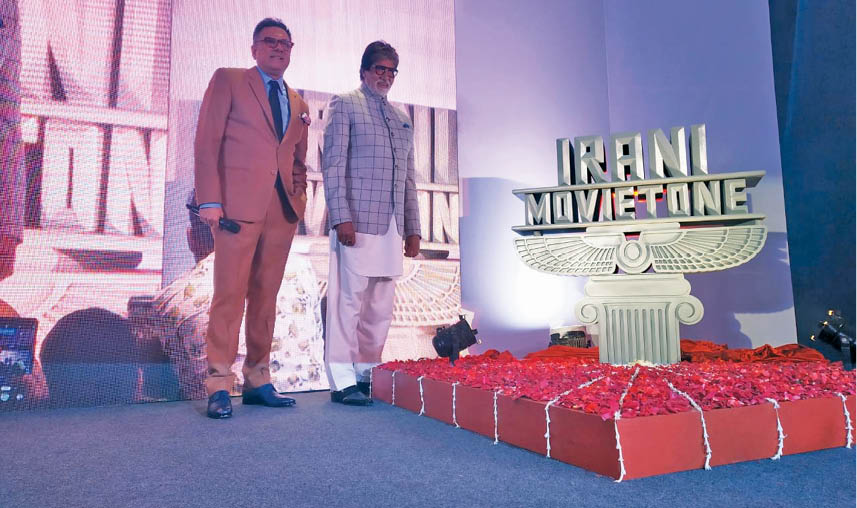 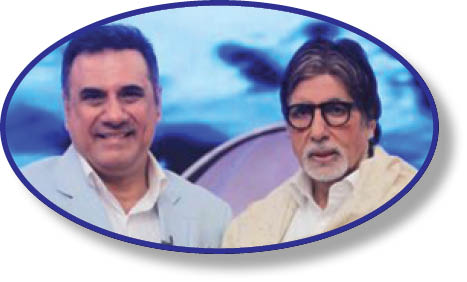 To celebrate the launch in a unique manner Boman Irani invited Dinelaris for a day-long Screenwriting Masterclass, Spiral Bound with Alexander Dinelaris Jr, which was held post the launch and was attended by established writers and directors as well as students from various prominent Film-making schools. 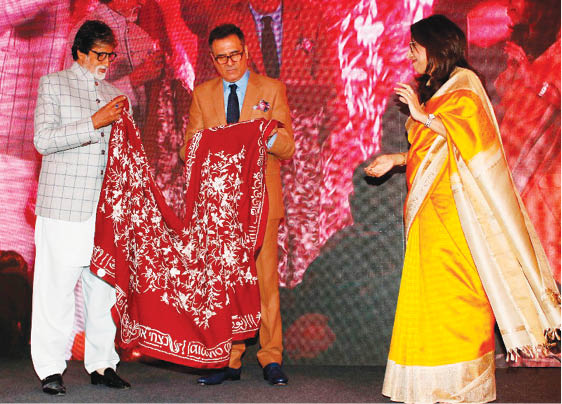 Having written and directed his next film, Boman decided to produce it too to ensure it was given the best treatment, and that’s when he thought of launching Irani Movietones. In a statement to IANS, Boman said, “We are an ever-evolving industry and there is a lot that is changing in the world of cinema as we speak. I just want to make sure that foundation on which this industry is built gets stronger every day.”

Amitabh Bachchan congratulated Boman Irani for foraying into production and wished that he brought forth many new and talented writers. To honour Bachchan, Boman Irani and wife Zenobia presented him a Pashmina shawl with traditional Parsi gara embroidery. What made the shawl extra special was that the words, ‘Everlasting Light’, were embroidered across the shawl’s border in fifteen Indian and foreign languages, because ‘Amitabh’ means everlasting light’. Jesting how Boman Irani tends to upstage him whenever they share screen space, Amitabh Bachchan said, “I wish to work with Irani again soon. And please don’t upstage me in our future films.”

After working in Bollywood for over two decades, 59-year-old Boman may have taken to writing, direction and production, but contended that at heart, he still remains an actor. “I will always be an actor. It is just that I have found a new craft, writing. Ever since I was a kid I used to write but was writing badly,” he told reporters.

Boman Irani revealed that he has written a script which would hopefully go on the floors soon. “At the moment, we are putting our name out there. We have Alex (Alexander Dinelaris Jr.) to help young writers. The first production hopefully is the one that I have written but if something else comes, then (we’ll focus on) that. The idea is to develop good stories and if they are on the page, we will have good cinema on screen,” he said.