The People Have Spoken!!!

Aapro Cyrus Broacha, the Brand Ambassador of Humour, is back with his uproarious wit in our monthly column, to give you his take on the Elections!!!

The people have spoken. As I pretend to write this, (my writings are basically a collection of different posts by others on the internet, which is then spell-checked and spat out here), the BJP has reached 349 seats. And the way things are going, and if early trends are anything to go by, they will, in all probability reach 600, by the time counting on the 542 seats is complete!! Which will be an all India World Record!!! 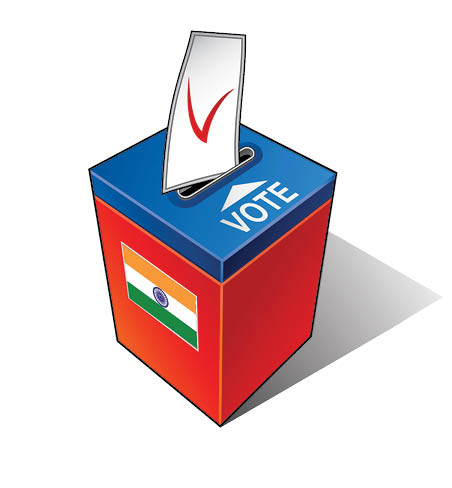 You, as the voting public, are left with three choices:

(A) Become a Psephologist;

(B) Join the gang with your own personal Rahul Gandhi meme; Or

(C) Spend a weekend in Bangladesh, so that you are grateful to be Indian.

Oh yes… and there’s also a fourth choice – (D) Address the elephant in the room. Which means you must start your address this way. “My dear elephant, ………..”. Okay, please don’t do that… the Cow continues to be a sacred animal, but not enough is being done about our elephants!

I can see that Cusrow is raising his eyebrows at Shernaz, so let me be as clear as a Mumbai gutter in the peak of the monsoons…. What have we all learned from this year’s General Elections? What is the ONE TRUTH that has emerged? What is the one defining point? The answer lies in two words: ‘Too long’. Sorry, make that three words – ‘Too Damned Long!’

This was the Election that wasn’t…. or rather, the Election that just wasn’t ending. It appears to have started during the East India Company days! And even today, no one is quite sure that it’s actually ended!!!

I have received unconfirmed confirmed reports, that one village of seventeen people in Nicobar are still to vote. In all probability, because the Nicobar area is still prone to poor Wifi, call dropping, and infrequency of Ubers. Let me assure you – this election, was unbearably long. And, with the one-sided result, you have to ask yourself, why 7 weeks? The 2019 Cricket World Cup starting on the 30th is shorter! Couldn’t it have been easier if the process was reserved? I mean if we just asked Pan-India, through a show of hands, who was supporting Congress, the whole process would have been completed in 24 hours!!

Since Shernaz has turned her back on Cusrow at this point, and not in the way Cusrow would have liked, let me set up just how long our election juggernaut rolled. This here, is a list of events that totally give creditability to my point of overkill, by way of the General Elections:

(a) In the course of the General Elections, Cusrow unsuccessfully asked Shernaz out on five separate occasions.

(b) On the fifth occasion, Shernaz’s husband couldn’t take the audacity anymore! So, after googling the meaning of the word ‘audacity’, he chased Cusrow right out of the Baug named after, coincidentally, the offender!

(c) 63-year-old Soli celebrated his mother’s Birthday, Mother’s Day, as well as his Mom’s 65th Wedding Anniversary, all in this same election period!

(d) Dinaaz and Danesh Maskati’s daughter, Dilshaad, appeared for her tenth standard board exams, passed it, got into an IB School, and got her parents to stop talking to her, after she got her first ever boyfriend. Jayant is not a Parsi. All these events came inside the time frame of the world’s greatest elections! Oh! Breaking News! Last weekend, Dilshaad broke-up with Jayant. So, her parents are talking with her again. Oops, this just in, only her mother’s talking to her. That’s because Dilshaad has just got her second boyfriend, Varun, who is half Parsi!

(e) In the time frame of the General Elections, 4 lakh boys were born across India, most of them were named Aryan. Only 7 Parsi boys were born, none of them called Aryan, and one Parsi boy, (or sort of Parsi boy), wished he was never born – some fellow called Rahul!

(f) In the same time frame, plenty of girls were born too. We can’t give you a number, as the Government is yet to make up the figure.

Since this Government clearly has a mandate for the next 75 years, can we humbly ask our rulers to just ditch this process and go back to the old days? You know the old days? When the King just continued, till he felt like it…