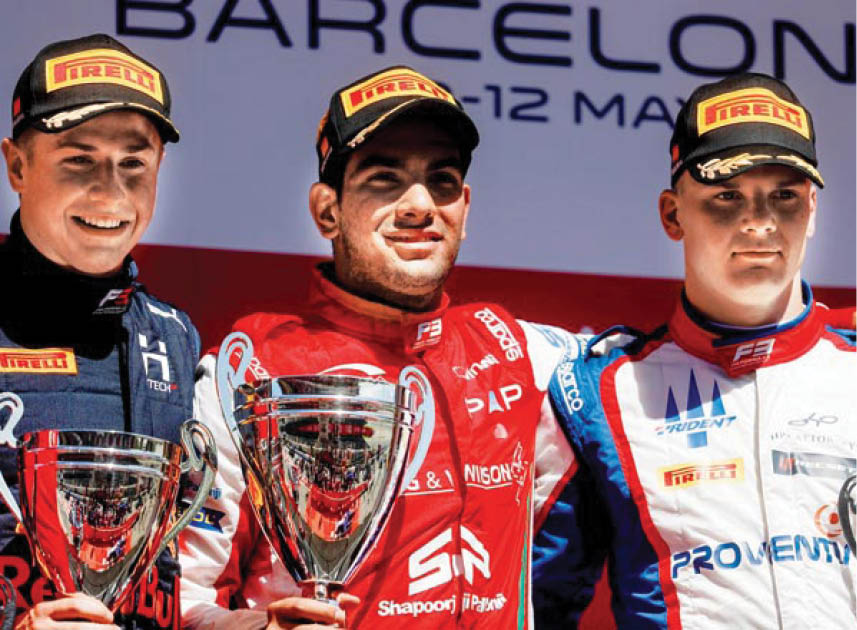 Aapro Jehan Daruvala, from Mumbai’s Dadar Parsi Colony, has yet again created history – winning in the inaugural round of the all new FIA Formula 3 Championship, in Barcelona, in front of a huge F1 audience. The Indian National Anthem rung out at the Spanish F1 Grand Prix event, thanks to the F3 races being one of the support events to F1, along with the FIA F2 races. 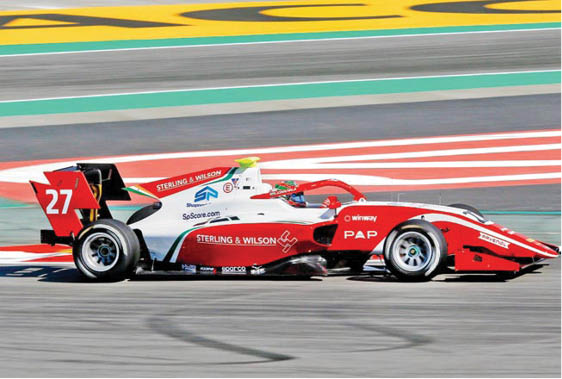 The only Indian on the grid started from second and was able to grab the lead into the run down to the first corner. With an accident involving 4 cars at the back of the grid, the safety car was deployed on lap one. At the restart Kari was able to benefit from Jehan’s slipstream during the restart, and Jehan had to defend hard to keep the lead. Over the next 2 laps, Jehan quickly opened up a gap of over 1.5 seconds so as to prevent Kari from deploying DRS (Drag Reduction System). The safety car was deployed a second time negating the advantage of a 2 second gap which Jehan had built up.  During the restart, Jehan was much better prepared and was able to open up a gap of over 1.5 seconds in less than 2 laps. He thereafter controlled the race well and also bagged the fastest lap of the race. Later, Jehan cruised to take the chequered flag 2.121 seconds ahead of Estonian racer Juri Vips, who by then had managed to move upto second.

“During the race I was, let’s say, in control, except for the first restart when I didn’t surprise the guy behind, enough, so I had to defend. After that, I was just managing the pace. I have to thank everyone at Prema Racing for giving me a fantastic car. I did not overdrive it, although if I needed more, I could have pushed in the final couple of laps,” said the former multiple International Karting Champion, Jehan.

The all new FIA F3 Championship was created by merging the erstwhile GP3 Championship and FIA F3 European Championship, resulting in an ultra-competitive 30 car grid. The championship will be the perfect training ground for the world’s best upcoming talents, to race at F1 events and the opportunity to prove themselves to all the F1 teams.

“The FIA F3 Championship that Jehan is racing in, is probably the most competitive championship in the ladder upto F1, at the moment. Almost all the racers have been champions in the past. It’s so tough and close, that the top 20 were covered within 1.4 seconds! In such a competitive grid, to dominate and get the fastest lap, plus the race win, proves Jehan’s mettle. I have never had doubts about Jehan’s ability to perform at the very top, in the world. He has proven it time and again. However, it’s unfortunate that last year Jehan had a car, which was not on par with other teams. He was clearly the best within his team. F1 is the dream and he is definitely on course at the moment!” said Rayomand Banajee, who had first coached and mentored Jehan in his formative years, when Jehan raced with Rayo Racing. Banajee is an 8 Time National Champion in Formula Cars and Go-Karting, and the founder of ‘Rayo Racing & IndiKarting’. He has coached and mentored several champions, including Jehan Daruvala