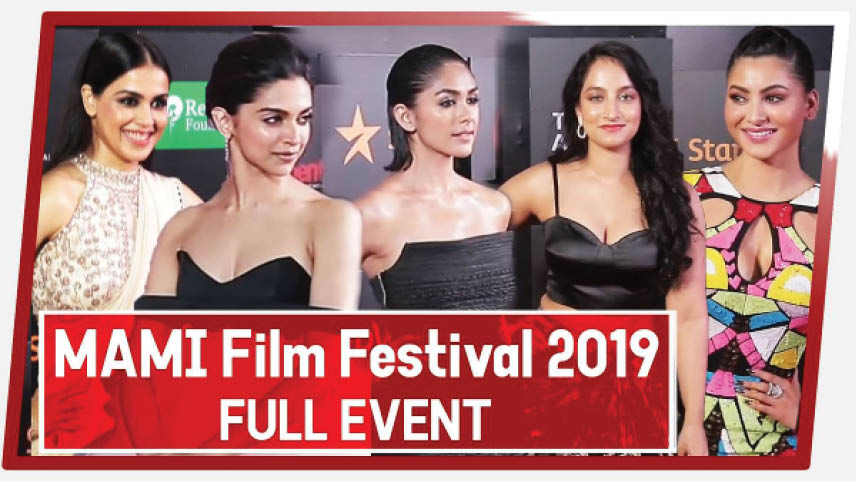 The weeklong Jio MAMI 21st Mumbai Film Festival with Star, concluded on 24th October, 2019. With 200 films from across the world, cinephiles had a blast, rubbing shoulders and hobnobbing with celebrities. Judging by audience response, of the 8 venues (18 audis) – the single-audi Regal, with its 1,100 plus capacity, seemed to be the favourite.

Parsi Times Film Critic, Hoshang Katrak shares insights into some of the best that this year’s MAMI had to offer:

‘SORRY WE MISSED YOU’ (UK / 100 min / Dir – Ken Loach)
Screened at Cannes this year, it was arguably the best film of the festival. The economic crash of 2008 has taken a toll on the Britons – a family of four can barely sustain themselves with the breadwinners having taken up alternate jobs (the wife works as a care-taker of the elderly and the husband, a delivery man driving his own van), the pressures of day-to-day living, notwithstanding. To make matters worse he has an imperious boss and a recalcitrant son. It’s pragmatic, poignant and provoking.

‘THE GOLDEN GLOVE’ (Germany / 115 mins / Dir – Fatih Akin)
It’s based on the true story of the 70s, of a disfigured, deranged and depraved pervert in Hamburg, who brings home destitute women, to prey on. Right from the opening frames, the viewer is left stunned as the frenzied degenerate goes berserk, luxuriating in a life any human would abhor. Award-winning director, Akin, recreates the outdoors of the 70s to perfection; his brilliance shines through every scene. Definitely not a film for the faint-hearted.

‘THE IRISHMAN’ (USA / 209 mins / Dir – Martin Scorsese)
Even if it’s three-and-a-half-hours long, which film buff can ignore a film comprising a colossal cast: Robert De Niro, Al Pacino, Joe Pesci – and helmed by the legendary Scorsese?! Based on the book, ‘I Heard You Paint Houses’, the story of loyalty and betrayal begins in the 50s, involving a none-too-young hitman, a Mafia boss and a labor union leader. The film attempts to connect key moments in America’s political and gangland history. And when De Niro speaks a dialogue in Italian, don’t miss the unmistakable strains similar to the Love Theme of ‘The Godfather’. ‘The Irishman’ is evidently Scorsese’s oblique tribute to Coppola’s epic.

‘LES MISERABLES’ (France / 103 mins / Dir – Ladj Ly)
Ly’s debut feature film, loosely based on Victor Hugo’s 1862 classic novel of the same name, has already won the Jury prize at Cannes this year. The film, which begins with France celebrating its 2018 World Cup win, proceeds to an anti-crime squad of three officers, one of them freshly recruited. Les Miserables is seen through the eyes of the new recruit – the seedy underbelly of Hugo’s suburb of Paris, the power struggle between rival underworld gangs and more importantly, the social strata of the African immigrants. The denouement, though not against the grain of the story, will unnerve even the seasoned filmgoer.

‘THE LIGHTHOUSE (USA / 110 mins / Dir – Robert Eggers)
Set in 1890, and based on a real-life tragedy from 1801, this is a must-watch film for a variety of reasons – the superb portrayal by the versatile Willem Dafoe and the dependable Pattinson battling it out on screen – and for offscreen honours too. The 35 mm format and black-and-white photography proves that small is, indeed, big. The set decoration too leaves the viewer fascinated. Although one felt that the horror element takes away a bit from the film’s brilliance.

‘IT MUST BE HEAVEN’ (France / 97 mins / Dir – Elia Suleiman)
A collaboration of six countries, in this comedy/drama, director-actor Suleiman, as the protagonist chronicles the vagaries of life and watches the world, and his life, go by, after he escapes from his motherland, Palestine. It’s a delightful and quixotic film, which earned the director a special mention at Cannes this year.

‘THE TWO POPES’ (Italy / 126 mins / Dir – Fernando Meirelles)
It’s a tale of two football-loving Cardinals – a German and an Argentinian – one who is already ordained Pope. Helmed by Brazilian Oscar-nominated Meirelles, who’s being felicitated at MAMI this year, it’s a hilarious act between two Welsh theatre and film greats, Sir Anthony Hopkins and Jonathan Pryce. Although burning topics such as sexual allegations, which have plagued the Church, are given a detour, the film is notable for the witty banter and repartees between the two thespians. It’s also a thought-provoking take on Christianity and the Papacy.

‘PAIN AND GLORY’ (Spain / 113 mins / Dir – Pedro Almodovar)
Like ‘The Two Popes’, this one too features essentially two actors – Antonio Banderas (who won the Cannes award for Best Actor this year) and Asier Etxeandia. Banderas plays a film director whose failing health leads to his professional decline. It’s a tale of human relationships and rapprochement as the director attempts to mend a relationship with his former star. Replete with banter and ripostes, master storyteller and Oscar winner, Almodovar and Banderas, respectively, couldn’t have provided a better platform for a semi-autobiographical story!