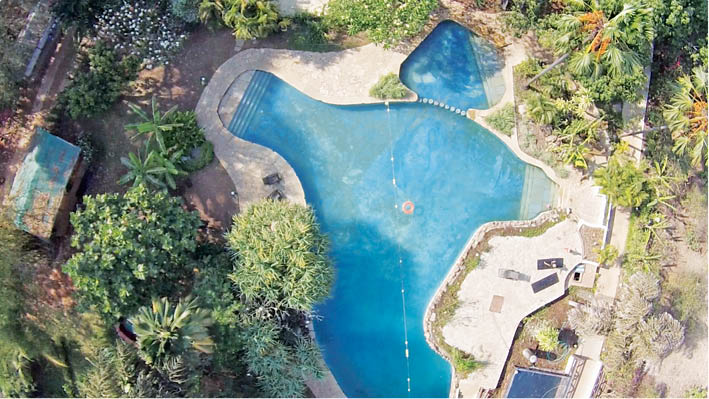 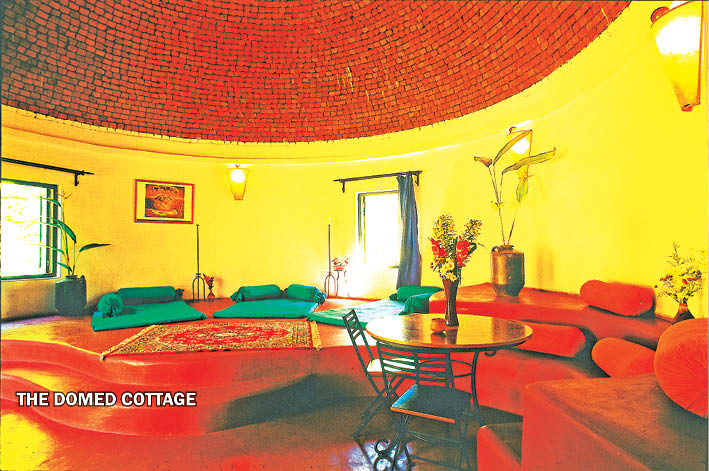 Owned by Farrokh Maneckshaw, the Laguna Anjuna is a beautiful and luxurious haven, nestled in the lush lap of Goa’s undisturbed flora and fauna, celebrating Portuguese old-world charm with new age comforts, to deliver the splendour of yore! For over two decades now, the Laguna Anjuna, one of Goa’s most eco-friendly resorts, has lured national and international tourists not just for its erstwhile Portuguese grandeur, but also for its hospitality, which is as warm and welcoming, as the resort is tranquil.

As we leisurely wander around this two-decade-old gorgeous lagoon snuggled in the lap of Mother Nature, we find that the peacefulness has a lot to do with the careful thought put into the construction of the Laguna Anjuna. Definitely a haven for those who are inclined towards old world grandeur which boasted of large, old, Portuguese-styled houses with high ceilings and tiled roofs. The resort is built very much in that same vein – out of solid exposed laterite, with carved pillars, lintels and tall thick walls. The roof is continuous and curves, dips, swoops over the rooms and courtyards. In some places, the tiled roofing is interspersed with brick domes, which have become very popular bedrooms.

The walls have been treated with old-styled whitewash as compared to paint to let the building breathe and nurture a cooling effect. In some places, Venetian Plaster has been used as an enduring, centuries-old technique. Floors show a preference for craftsmanship over factory made material – with polished red oxide, terrazzo, seasoned clay tiles or natural stone. There’s a lot of wrought iron fittings, especially designs from the Bauhaus era. All housekeeping choices veer towards natural methods rather than chemical. 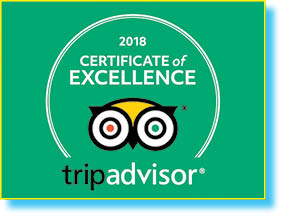 The garden faces the old Portuguese mansion, which is now the restaurant and bar, and is shaped like a lagoon, with lots of foliage around, with wildcats and monkeys on the roof! Not surprisingly one of our guests actually described it as, “the opening scene of Jungle Book!”

Originally from Bombay, Farrokh worked with a diamond company for a few years before being sent to their Goa factory for a few days, by chance. “I felt great resonance with the place and the people and asked for a transfer here. Goa was a fabulous mix of tradition with open mindedness, a live and let live philosophy. There was a lot of respect for learning and nature, sensibility and a refusal to be rushed – unlike the typical Metro hurry scurry, chasing illusions, “deadlines that can’t be missed”, “get rich quick schemes, and so on,” he shares.

A few years later, he quit the diamond factory and a couple of professional trysts later, landed up buying the property, which now goes by ‘The Laguna Anjuna’. “It was love at first sight!” his eyes twinkle. The rest, as they say, is Goan history!! 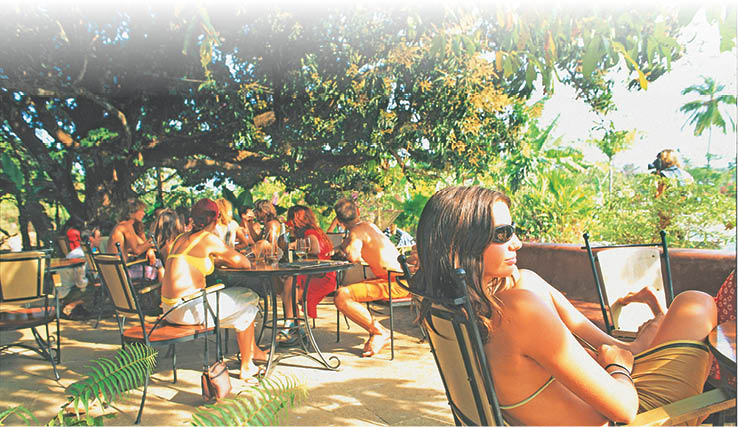 Retaining the Parsi style and customs under Farrokh’s detailed tutelage, the Laguna Anjuna is one of the few places in Goa serving Parsi cuisine! In fact,  Farrokh takes it beyond cuisine to ensure that the practice of incense with dhoop, chawk and torans are employed on all festive occasions! “My fondness for good taste, whether new or old, is born out of our Parsipanu! At the Laguna, we pride ourselves in serving a number of Parsi dishes! In keeping with our Zarthosti values, we ensure that we do not disturb nature, but add to its magnificence. Strongly in favor of ecofriendly practices, we use a lot of organically grown vegetables from our own farm and stick as much as possible to bio-degradable containers and equipment. Our pest control methods are also non-toxic and herbal,” shares Farrokh proudly.

However, Farrokh is now looking to invite like-minded people to partake in his haven… “I feel we have resisted change – in the form of the block-style hotels which are 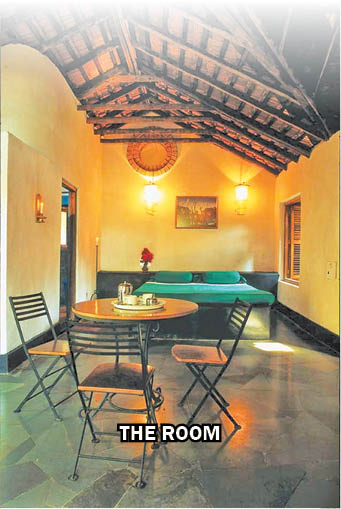 available now by the hundreds for the new budget-conscious, domestic tourist who is alright being cramped with four others in one small room. Our appeal is all about good taste and good living. I am now 66 years old and wish to see Laguna Anjuna put in good hands, and not left to people who would replace it with block building to exploit its real estate value.

As an employer, I have sought long term benefits, fairness and respect for all stakeholders; I would look for similar values in a business partner. Most hotelier families are hospitality oriented, look for and create intrinsic value, rather than real estate considerations. I am looking for those who are nature-lovers, and looking invest in a quality place and lifestyle, to share this grandeur with.

Clearly, Laguna Anjuna is not for the uptight or those scared of the ‘fauna’, which come with the ample, lush flora! It’s for those who love nature as much as they love their sense of space, adventure and country-living in Goa. “Now you’re talking!! I wish everyone a Happy New Year 2020 and hope to see a lot more Bawajis chilling besides me at Laguna Anjuna in the new year!” he concludes!

If you relate to Farrokh Maneckshaw’s philosophy and seek to invest and share in the Laguna life with him as a Co-Partner, connect with him via e-mail at: info@lagunaanjuna.com  or  farrokhmaneckshaw@lagunaanjuna.com