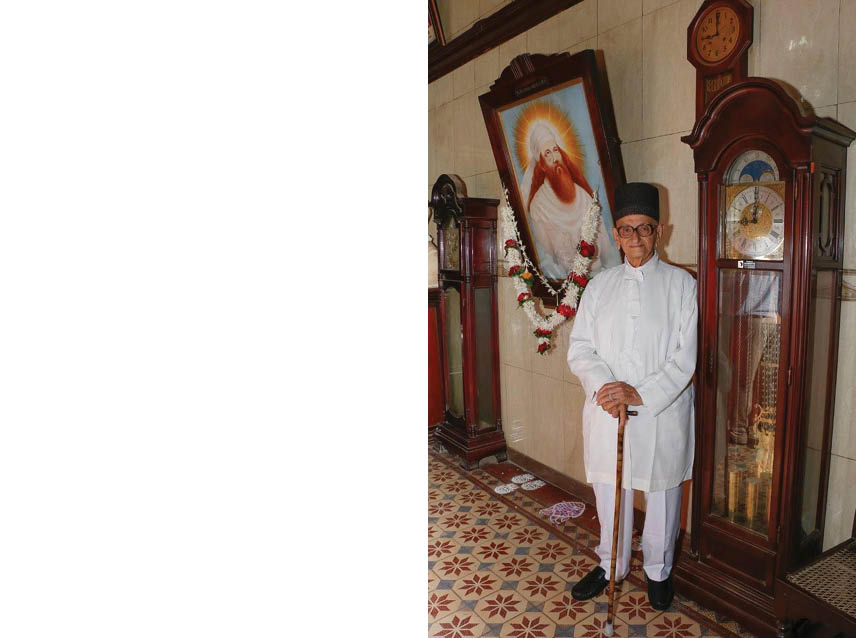 6th October, 2020 was a sad day for Surat’s Parsi Community as we lost our Grand Old Man – Mr. Jal Rustomji Katpitia. A gentleman with high spirits who inspired many in his lifetime, with his immense zeal and enthusiasm.

Jalbhai, as he was popularly known, started his career with Pfizer Pharmaceuticals, gaining great experience in the field of medicine. Encouraged by his wife Sheru, he set up his own venture – Crystal Distributors, taking up a number of agencies of various pharma-organinsations and in time became their main distributor. His sons Rohinton and Rustom joined the business eventually, contributing greatly to its massive success, making it a major supply house for a vast range of medical products.

With his thriving business ably managed by his sons and daughters-in-law Jasmine and Delnaz, Jalbhai decided to pursue his passion for wall-clocks, which he developed from his maternal uncle who owned the prominent ‘Soldier Watch Company’. He decided to bring Grandfather Clocks to India to keep alive the tradition of keeping grandfather clocks, which was diminishing. So, he toured Europe in 2004 doing the rounds of popular brands manufacturing Grandfather clocks and after much research, he brought to India the globally renowned German brand ‘Kieninger Grandfather Clocks, considered one of the finest in the industry.

Since these imported clocks came with a huge price-tag, Jalbhai took it upon himself to import only the mechanical part (movement) and applied his own ingenuity and skill to manufacture the outer wooden case himself. His precision in craftsmanship was unparalleled, sometimes outdoing the original clocks! This helped reduce the price greatly and he sold many grandfather clocks – each personally installed only by him. Such was his passion and zeal for his work that even at the advanced age of 87 years, he travelled all the way to Mumbai to install the clock as per the customer’s satisfaction, and returned to Surat late at night so that he could get back to work the next morning!

A true gentleman, polite to the core, industrious and a silent philanthropist… Surat will miss Jalbhai.