Though our monthly column, ‘BPP Connect’, is scheduled to appear on the first Saturday of every month, Parsi Times was requested to publish an urgent piece of information, in the interest of the community, which upon considering the following news, we readily decided to share with our readers. We will continue with our regular monthly column next week. 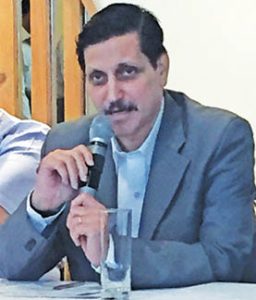 “In November 2013, I, along with three of our BPP Trustees – Khojeste Mistree, Jimmy Mistry and Arnavaz Mistry, comprising a majority on the BPP Board, filed two Complaints in the Charity Commissioner’s Office against BPP Chairman Dinshaw Mehta under two sections of the Bombay Public Trusts Act. One was under Section 41D, praying for Dinshaw Mehta to be removed and/or suspended as a Trustee of the BPP. This became infructuous as Dinshaw Mehta’s term ended. In the other complaint under Section 41E, four of us Trustees prayed that pending the final hearing of this complaint, Dinshaw Mehta be restrained from dealing in any Housing/Property matters of the BPP as we feared that if Dinshaw Mehta was not restrained, there would be danger “of the Trust properties being wasted, damaged and improperly alienated”, as is evident from many past cases which are being discovered.

Dinshaw Mehta opposed this saying that he alone should not be restrained, but the entire BPP Board should be restrained from dealing with all Housing and Property matters! The Charity Commissioner taking the middle path then ordered in December 2013 that all the Trustees be injuncted from dealing with Housing/Property matters and Status Quo be maintained in all matters pertaining to BPP Housing and Properties, pending the disposal of the above mentioned suits/complaints.

The new Board which took office in October 2015 worked hard to vacate the Stay Order and started allotting flats and has till date allotted 75 charity flats to the poor and deserving.

However Viraf Mehta with active help from Armaity Tirandaz has now followed in his father Dinshaw Mehta’s footsteps and has attempted to block all allotments.

The Leave & License Agreement of our Vada Dasturji Firoze Kotwal was due for renewal. As is normally done, the BPP staff fixed a date for the renewal registration of Vada Dasturji Kotwal along with the Leave & Lisense registration of one fresh allotment, Jasmine Mistry. On Friday, 12th August 2016, the BPP staff accompanied Dasturji Kotwal to the Registration Office at Worli. When the BPP staff lodged Dasturji’s papers for registration, they were shocked to know that Trustees Viraf Mehta and Armaity Tirandaz had lodged letters personally and through their lawyer directing the Registrar “to refrain and restrain from taking any steps towards execution and registration of any agreement of Tenancy, Leave License or Conveyance of any property of the Trust” unless it is signed by all 7 Trustees, including Munchi Cama. Because of this, our revered Vada Dastur had to wait for more than 3 hours in the Registration Hall, which as most of you who have visited the Registration Office, will agree, is not a fit place for a High Priest to be languishing in for hours!! Credit must be given to Ronny Patel, Head of Housing, who convinced the Registrar to do a one sided registration, so that our Dasturji would not have to come again.

And yet, two of my Trustees Viraf and Armaity want to block all Leave & License Registrations unless Munchi Cama’s name is included in the L & L Agreements. This tantamounts to contempt of the legal proceedings before the Charity Commissioner, as Viraf and Armaity, by their actions have already come to the conclusion that Munchi Cama continues to be a Trustee, when his fate is yet to be decided by the Charity Commissioner, who is the only authority who can and will decide Munchi Cama’s fate. Apart from stopping all registrations, Trustees Viraf and Armaity have also stopped signing any further L & L Agreements.

I am particularly disappointed with Armaity Tirandaz. At her welcoming ceremony on her re-election, Armaity had declared that she will make an effort to see what best can be done for the community and she will follow her conscience. By depriving our beneficiaries and keeping them languishing from occupying the flats allotted to them, because their L & L Agreements have not been signed /registered, is Armaity Tirandaz following her conscience or obediently following the diktats of her benefactor Dinshaw Mehta?

Fortunately, me and my 3 other colleague Trustees – Kersi, Zarir and Noshir – have resolved not to allow the 2013 episode to be repeated, and we will do our best to fight for the rights of our community members, who elected us in good faith as caretakers of our community. In my opinion, we have enough legal precedence and validation to enforce the doctrine of majority as enshrined in our Scheme of Elections and endorsed by the Courts.

This communication to our community is in keeping with our commitment towards BPP’s transparency and ensuring that the community is kept in the loop.

We know that when we do good, Ahura Mazda will always be with us! Amen!”

What is happening to our Elite Community? What is goading Armaity Terandas and Viraf behaving againstt the interest of the Parsi community? Did not Viraf Mehta when elected to the prestigious Board of BPP promise to maintain high standards and work with an open mind and not be guided by the past deeds of his father? What happened? Did not Viraf and Armaity think twice before blocking the house allotments of the poor which have already been delayed inordinately and the houses may be crumbling with decay of disuse. And what a shame in keeping the Vada Dasturji Kotwal waiting in the most abhoring atmosphere for extension of his L&L Application. All the community who are silently spectators, to all this sordid drama, will give a fitting reply to the next BPP elections. So beware all Trustees the wheels of Justice move slowly but surely.