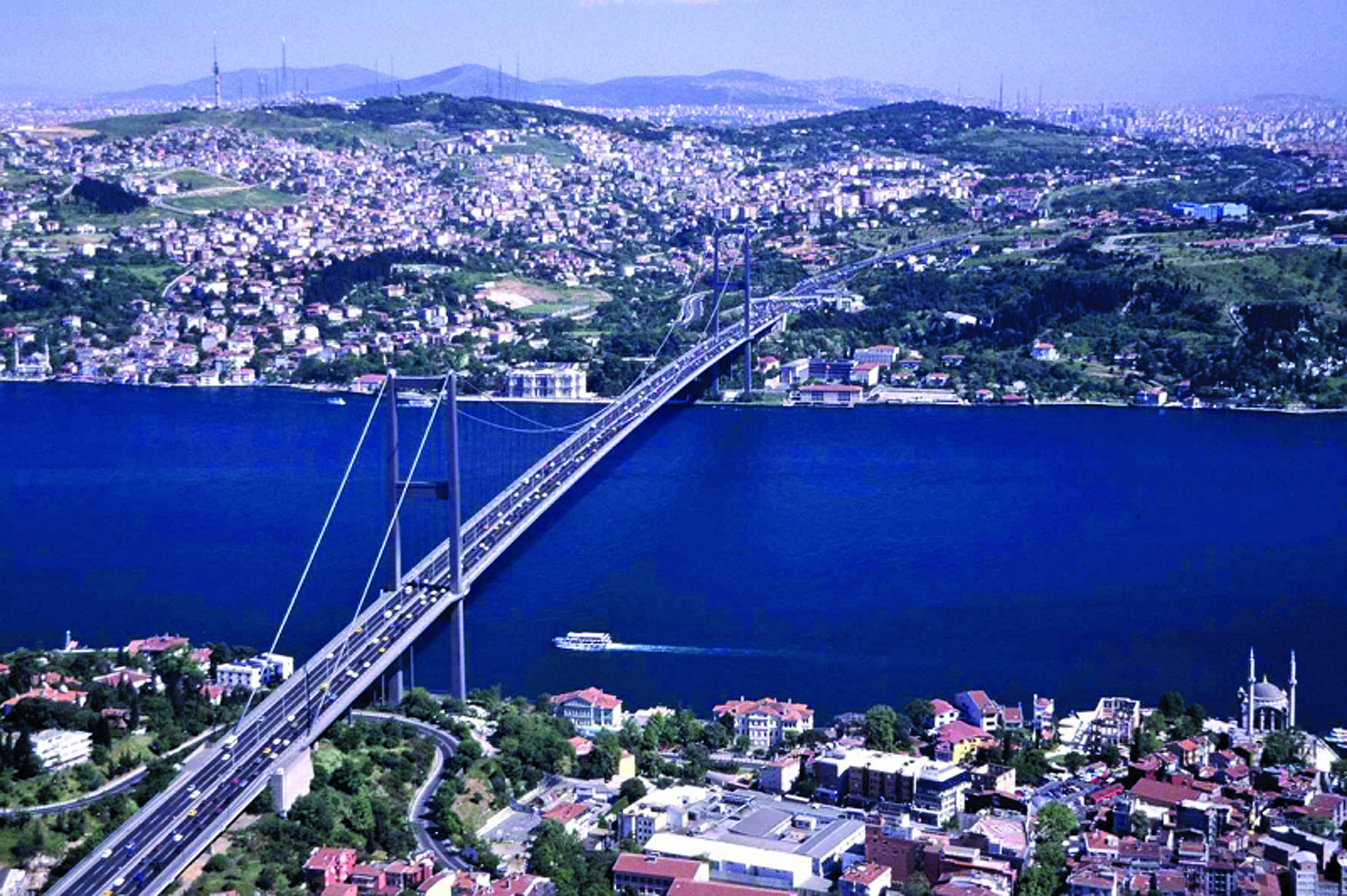 Istanbul is unique. Do you know that this city stands half in Europe and half in Asia? Straddling the two continents on both sides of the Bosphorus Strait, Istanbul is the cultural hub and the most populous city of Turkey. The city is proud of its seventy museums, 17 palaces, 64 mosques, and 49 churches of historical significance.’

Founded in 660 BCE as Byzantium, and as Constantinople in 330 CE, the Old City is amazing. Go around the Sultanahmet district, and see the open-air Roman-era Hippodrome (the ancient site of chariot races), Egyptian obelisks and the Byzantine Hagia Sophia which has a soaring 6th-century dome and rare Christian mosaics.
Do you know that Bosphorus, being the only sea route between the oil-rich Black Sea and the Mediterranean, is one of the busiest waterways in the world – three times that on the Suez Canal?!

Not to be missed – are the famous Turkish Baths and the Belly Dancers! The Turkish Baths, or hamams, are a great escape for all seasons. Turkish belly dancers are known for their energetic, athletic style of moving their torso, and their adept use of finger cymbals.

Istanbul is famous for its historic seafood restaurants, many of which you will find along the Bosphorus, along the Sea of Marmara, at the Prince Islands, and the Eminonu Pier. Head for the Corlulu Ali Pasa Medresesi for smoking some flavoured tobacco as well as for the traditional tea and Turkish coffee.

Don’t miss out on Istanbul’s famous nightlife, wine houses, pubs and historic taverns, which you will find along the Istiklal Avenue, Çiçek Pasajı or Nevizade Streetas as also Nişantaşı, Ortakoy, Bebek, Kadıkoy and the Beyoglu Square.

Exploring the city’s rich historical sites will be a rewarding experience. One of the most famous is the Blue mosque with its huge dome, its lighting, the bright blue of the shining tiles, the awesome blue stained glass windows and blue painted ceilings! The Rustem Pasha Mosque, on the other hand, was built by Rüstem Pasa, the Vizir of Suleyman the Magnificent, as atonement for his very sinful life! In addition, do go to the Hagia Sophia Museum / Church (Ayasofya) and see the Viking graffiti carved into the wooden rails of the top floor. At Basilica Cistern, remember to keep your camera ready. The ancient ruins are the largest of the many hundred ancient cisterns lying beneath the streets of Istanbul. Also, don’t miss the upside down Medusa and the Carps! Attending a concert here would be an amazing opportunity to enjoy the unique acoustics here.

The Topkapi Palace is famous not only for its large collection of jewels and artefacts but its harem too! Include a tour to see the sacred relics believed to be Abraham’s Pot, Moses’s Staff, David’s Sword, Muhammad’s footprints and much more.

An unparalled shopping experience awaits you at Grand Bazar in the dozens of covered streets and thousands of shops. However, try to keep an eye on the signage’s pointing to the different exits if don’t want to get lost. Haggling is OK here!

Spend a day at the Golden Horn and see the Eyup Sultan Mosque, the Saint’s tomb, shop for Tukish Oya scarves and pashminas, and rose and jasmine oils, and visit the old Ottoman cemetery and the Sufi Monastery.

The famous centuries old Spice Bazaar is a haven for budget shopping and delectable food. Pick up gifts, sweets, spices, rose and jasmine oils, saffron or pastrami or plenty of traditional Turkish meats and cheese, as you wind your way through this aromatic place. Harking back to 6th century the Galata Bridge is famous for its numerous bars and restaurants and the sunset views. The 1,500-year-old Galata Tower offers some of the best views of the city, the Golden Horn and the Bosphorus.

Scan the local news before heading for Taksim Square as this is the place not only for festivities like New Year’s Eve, but also for hosting political protests! You must also enjoy a cruise on the Bosphorus which will give you a chance to explore the 15th-century Yoros Castle, views of the Black Sea and to have a seafood lunch near the base of the castle or on the waterfront. The gardens and the fountains at Dolmabahce Palace are gorgeous. This is the modern palace of the Sultans, but more importantly the place Atatürk passed on.

Always carry a scarf and a long sleeved cardigan to wear to mosques, etc. as shorts and miniskirts are not allowed. Also, Istanbul is a very hilly city, so wear comfortable shoes and bring your own socks because you’ll need to take your shoes off to enter mosques. Unfortunately, if you are wheel chair bound, I do not recommend Istanbul.