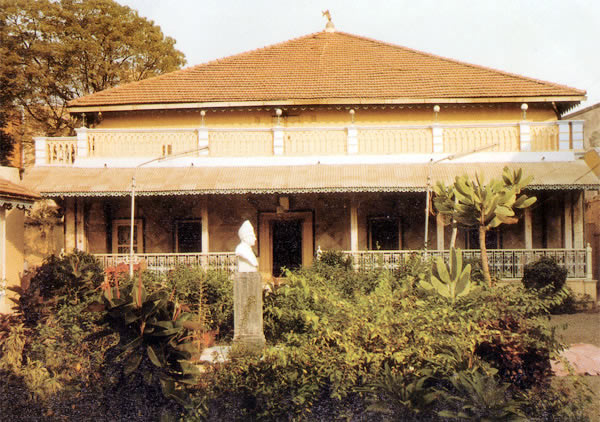 The Trustees of the Ahmedabad Parsi Panchayat have approached the state’s Chief Minister to facilitate the allocation of land to build an Agiary near the Parsi Sanatorium, located close to the Sabarmati riverfront. Earlier in the week, five Trustees of the Parsi Panchayat, led by President Brig. (retd) Jahangir Anklesaria and Vada Dasturji Khurshed Dastoor, held a meeting for this purpose. “A plot, FP125, in the name of the Ahmedabad Municipal Corporation has been lying vacant and hence, we requested the authorities to allot us the land in exchange of another land. However, when the request was denied we asked for the land on payment. He accepted the same and has now forwarded the file. We are now awaiting future progress,” said Anklesaria

The current Agiary in Ahmedabad, the 132-year-old Vakil Adariyan Agiary is located at Bukhara Mohalla, Khamasa and is inconvenient to access on a regular basis, due to the distance and the traffic, as most Parsis have shifted to the western parts of Ahmedabad. Before the exodus of Parsis towards western areas, nearly 200 people used to regularly visit the Agiary and hold community gatherings, but today there are hardly 10 Parsis visiting the Agiary, even on weekends. Whether a new Agiary will be consecrated, or the fire from the Khamasa-based Agiary will be shifted, is a call that stands to be taken.
Speaking with Parsi Times, Vada Dasturji Khurshed Dastoor said, “Due to the inconvenient access to the Agiary, we have requested the CM to help allot land for the Agiary near the Parsi Sanatorium as there are more Parsis living here, compared to other areas. We have received a positive response for the same, however, this seems to be a long term process. ”