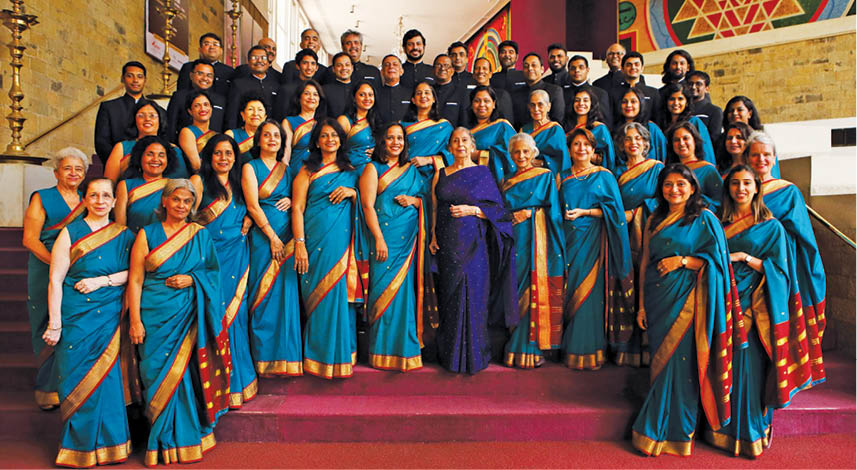 ‘Paranjoti Academy Chorus’, one of India’s oldest and renowned choirs, is set to celebrate fifty eventful years under the conductorship of Coomi Wadia, through a revered concert featuring Mozart’s Requiem and Coronation Mass, along with the SOI Chamber Orchestra and soloists Valentina Marghinotti – Soprano, Margherita Tani, Mezzo-Soprano, Sorab Wadia – Tenor and Eugenio Di Lieto, Bass, on 28th November, 2017, at the Tata Theatre, NCPA, at 7pm.

Performing in association with NCPA and Balos, the latter founded by Dr. Victor Paranjoti in 1956, the Paranjoti Chorus was birthed from the latter in 1960, and holds the record for being the first Indian choir to go on a concert tour of Europe in 1961. Since then, the choir has participated in numerous concert tours and competitions in Europe, USA, the Middle East, Japan, Philippines and South Korea. The chorus has also been invited by Pandit Ravi Shankar to perform his compositions in the ‘One India Show’ in 1991; and has performed at the World Festival of Sacred Music on invitation by His Holiness the Dalai Lama in 2000. It has performed for Christmas Concerts at the Rashtrapati Bhavan, New Delhi, in 2009 and 2011, as also in the presence of the then Indian President, Shri. Pranab Mukherjee at the opening ceremony of the World Zoroastrian Congress in Mumbai in 2013.

Commenting on her musical years, Coomi Wadia says, “My journey as a conductor has been extremely challenging, rewarding, exciting and fulfilling, as I look back with a great sense of accomplishment at the last 50 years. There have been many wonderful experiences, but the highlight was the ‘Partner Singen’, a Festival of the Sister Cities of Stuttgart, in 1981. I had the honour and privilege of being chosen from conductors worldwide, to conduct the finale with 14 choirs, comprising over 600 singers.”