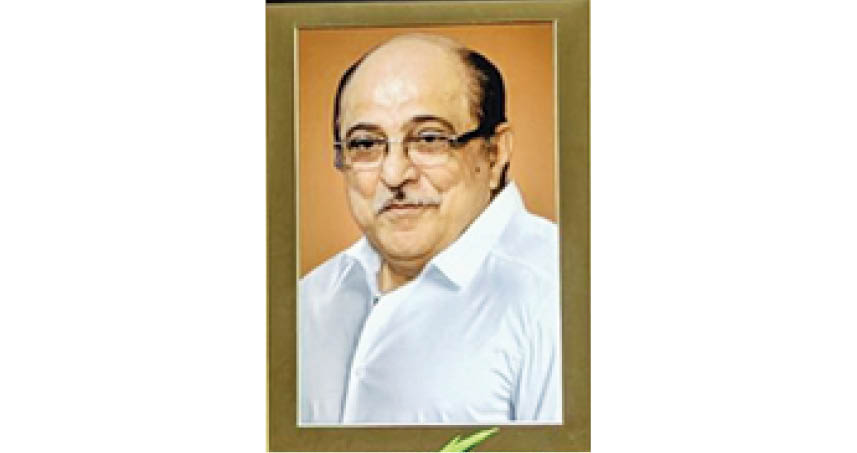 On 5th February, 2018, Roj Daepadin, Mah Sheherevar, the Parsi Community of Surat was shocked by the sudden passing away of actor and director of Gujarati Parsi Drama and Teacher at Cambay Institute of Commerce, Mehernosh Noashirwan Karanjia. The Samast Surat Sheher Parsi Anjuman and President of Surat Parsi Panchayat, Jamshed Dotivala organised a condolence meeting on 11th February, 2018, at the Kadmi Atash Behram hall. Mehernosh’s popularity had speakers from various walks of life talk about their experiences with this humble soul. This included a short condolence message by Vada Dasturji Cyrus Dastur, a melodious Shraddhanjali sung by Aman Lekhadia and President Dotivala speaking on the suddenness of Mehernosh’s demise and how difficult it was for the family and community to cope up with this loss.

The Karanjia family is well known for its charitable work. Elder brother, Yazdi Karanjia was broken hearted and stated that he and his brother had been inseparable and today death had taken him away, joined by mother, Veera Karanjia. Yasmin Dotivala read out the Shok Patra (Eulogy) prepared on behalf of Surat Sheher Samast Parsi Anjuman which was handed over to Perin Mehernosh Karanjia and son Kayewan Mehernosh Karanjia by Jamshed Dotivala, followed by wife of Mehernosh, Parin Karanjia thanking everyone for their presence, love and admiration towards him and assured that the sudden absence of her beloved husband would not shatter her nor deter her from her faith and trust in Lord Ahura Mazda. Heartfelt condolences were delivered by President of Parsi Pragati Mandal – Noshir Pestonjamasp; President of Zoroastrian Women’s Assembly of Surat (ZWAS) – Mahtab Variava; family friend and Trustee of Sheth PK Vakil Kadim Atash Behram – Burzin Chiniwala; Trustee of Bag-E-Parsa Adarian Trust – Jimmy Kharadi; Ex- Vice Chancellor of Veer Narmad South Gujarat University – Dakshesh Thakar and friends Hoshang Hilluwala, Aspi Rao and Dilshad Bhathena who presented the eulogy on behalf of her batch mates who were formally coached by their loving teacher, Mehernosh.

Master of ceremony, Binaiffer Engineer took utmost care of the emotions at the meeting, that ended with a small prayer recited by Mehernosh’s elder brother, Rohin Karanjia, followed by a slide show of Mehernosh photographs as the actor, teacher, motivator and a trusted friend to all.