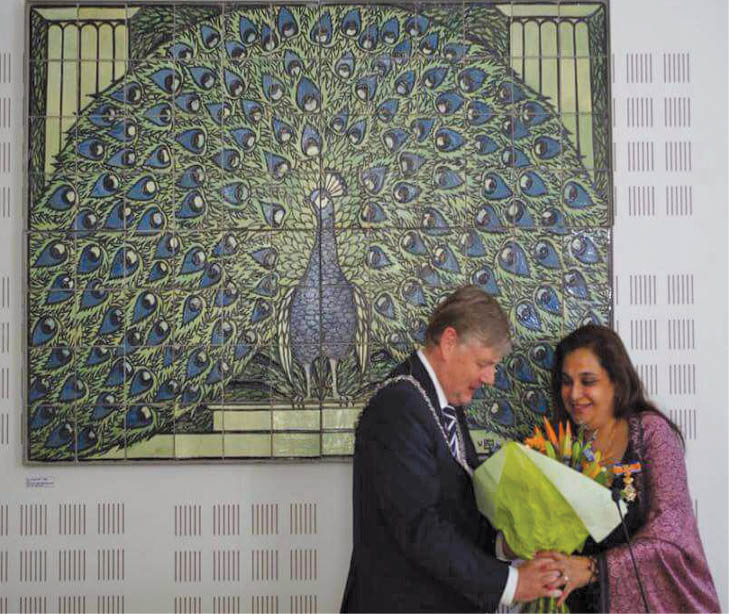 On 26th April, 2018, social worker, Jeroo Billimoria was awarded the eminent Royal Honor from the King of the Netherlands, Willem-Alexander, by being appointed Officer of the ‘Order of Orange-Nassau’ – a Dutch civilian order of chivalry, bestowed on people for providing committed and outstanding service to society.

Having established and led multiple international non-governmental organizations based in the Netherlands, Jeroo was recognised for her contributions to global society through her various NGOs, including ‘Child Helpline International’ or (CHI) founded in 2003 which aims at improving

child protection systems by strengthening child helplines around the world; ‘Aflatoun International’ which teaches children about money and helps break the cycle of poverty; ‘Child and Youth Finance International’ or (CYFI), a global system for change organization founded in the year 2011 with partners in over 150 countries to ensure financial inclusion; and ‘Economic Citizenship Education’ for young people worldwide. Jeroo’s ‘Aflatoun International’, ‘CYFI’ and ‘CHI’ rank at 26th, 32nd and 84th position amongst the top 500 NGOs in the world, respectively, making her the only person to head three organization rank in the top 100!

Jeroo has also been a recipient of Skoll Award, and is also an Ashoka and Schwab Fellow. She was recognized for her innovation and leadership skills with ‘Union of Arab Banks’ Award in 2015 and was ranked 3rd in the ‘Charity And Non-Profit’ category of Opzij’s Top 100 Influential Women.