The Nowroze Baug Play Centre (NPC) presented its 70th Annual Cultural Programme themed ‘Salaam India’ on 2nd June, 2018, at the Damodar Natyaghruha Auditorium, Parel. Sponsored by the WZO Trust, the event was compered by Naznin Govadia, with Vada Dasturji Khurshed Dastoor as Chief Guest, and Senior Inspector Cyrus Irani as Guest of Honour. Seventy participants showcased their talents bringing in fun and enjoyment, followed by a special music video titled, ‘One Nowroze Baug’, adding to the enthusiasm amongst the audience. 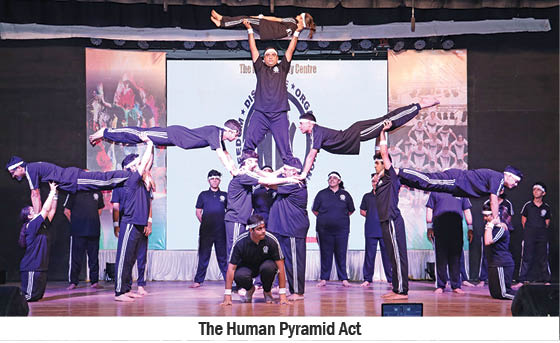 After a month’s hard work and practise, Nowroze Baug residents, ranging from tiny tots to seniors, performed the ‘Human Pyramid’ act conducted by 72-year-old Cyrus Siganporia and assisted by Hosi Tampal. Jiyo Parsi counsellor, Pearl Mistry addressed the Parsi community urging them to have at least two children, highlighting that in the past four years more than 150 babies were born with the help of the Jiyo Parsi initiative. 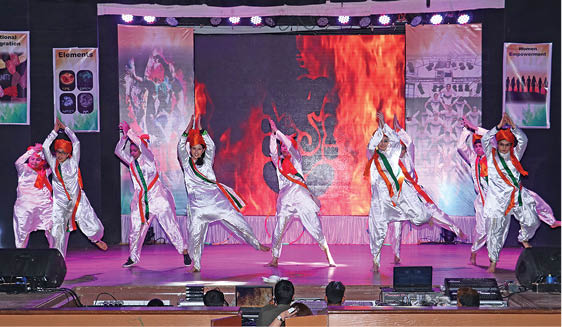 Naznin invited all the dignitaries on the dais, followed by President, Homi Ustad addressing the crowd and thanking everyone who has assisted in making this show a success. He then invited Child President Fravashi to share her thoughts, who highlighted all the good work done by the Nowroze Baug Play Centre. Felicitated with a shawl and garland, Vada Dasturji Khurshed Dastoor took to stage and urged the community to live in peace and harmony and not let individual ego’s rise. He concluded by invoking the blessings of Iranshah for all. Recognised with a shawl and garland, Inspector of Police Cyrus Irani said the new generation should make use of opportunities and join government services.

The event concluded with a vote of thanks by Naznin, followed by dance performances based on themes – like elements of nature, festivals and traditions, India – Our Motherland, women empowerment, Swach Bharat Abhyan and the armed forces – depicting the unity of our country converging into ‘SALAAM INDIA’.