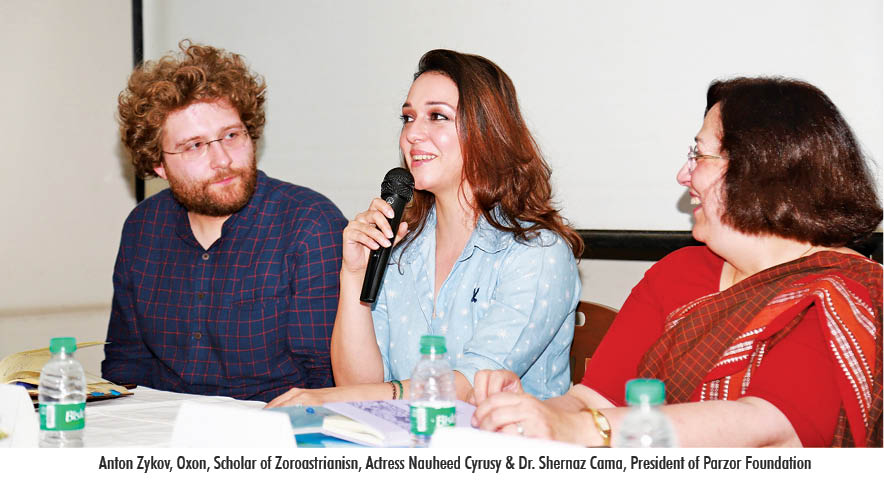 The Jiyo Parsi Program announced the launch of three new initiatives – ‘Jiyo Parsi Care’, ‘Jiyo Parsi Campaign’s Phase 3’ and the ‘Jiyo Parsi Calendar’, on Thursday 20th December, 2018, at the Sir Ratan Tata Institute in South Bombay. The event was held by the Parzor foundation and Madison BMB, in collaboration with the Bombay Parsi Punchayet, TISS and Federation of Zoroastrian Anjumans. Jiyo Parsi Care aims at removing the impediments that deter Parsi couples from having at least two children via 3 schemes – ‘the Creche and Child Care Support’ where couples with joint annual income of less than Rs. 15 lakhs will get monthly financial support of Rs. 4,000/- per child upto the age of 8; the ‘Senior Citizen Honorarium for Child Care’, where capable senior citizens will take the responsibility of looking after young children up to 10 years of age and receive an honorarium of Rs. 3,000/- per child; and ‘Support couples (with family income less than Rs. 10 lakhs per annum) to encourage elderly dependants who stay with them’ where Rs. 4,000/- will be given, per month per elder residing with the couple, to help the couple start a family or have a second or third child. 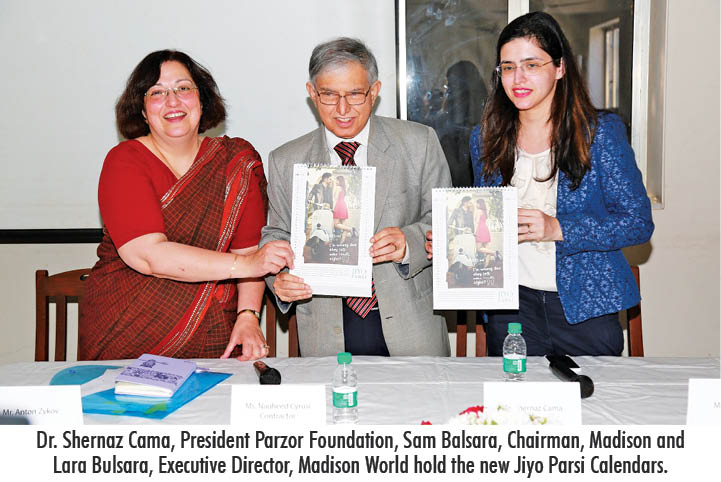 Dr. Shernaz Cama, President of the Parzor Foundation commenced the event by inviting a group of adorable children to say prayers. This was followed by the screening of the Divya Cawosji’s film, ‘Not Just Milk and Sugar’ starring Boman Irani, leading into a panel discussion on how Parsis today are so much more than the popular folklore. The panel comprised Chief Guest, Bollywood actor – Nauhaeed Cyrusi; with Anton Zykov, Oxon, Scholar of Zoroastrianism; Kaiyan Mistree, Head of New Business and Markets, Isprava and pioneer of Parzor’s Return to Roots Diaspora Programme; Lara Balsara, Executive Director, Madison World; and moderated by Dr. Shernaz Cama.

Dr. Cama spoke about Jiyo Parsi’s purpose to help our community fight against the dwindling demographics. The first speaker, Anton Zykov, shared his observation of our community being pluralistic and though there were differences in opinions, they were expressed openly and freely discussed – a rare trait in any community. He commended Jiyo Parsi for its great community initiative. Next, Kaiyan Mistree spoke about the importance of finding our identity in these evolving times, as also his reason for initiating the Return to Roots Program, saying, “Our strength may not be in numbers, but our strength can be togetherness.” The Return to Roots program delegates also attended this event.

Lara Balsara expressed about how her mother’s presence and support has been tremendously helpful to her in balancing a thriving career and being a doting mother. She felt that though the earlier Jiyo Parsi Campaign received some flak, it was the need of the hour. “Find the three most important things in your life and focus all your energy and attention on these – be it family, work or health,” she adivsed. Nauheed Cyrusi shared how everything, including religion and career goals, was ever evolving. Dr Shernaz Cama wrapped up the discussion with tokens of appreciation comprising Parzor Handicrafts, flowers and chocolates.

After the panel discussion, Sam Balsara, Chairman of Madison World gave a presentation titled ‘Can advertising save the Parsi community from extinction?’ He expressed how the steep decline in our numbers, coupled with the fact a lack of children was such a private matter, the only way to reach the audience was through mass media. “In the first phase of our Campaign, we used humour; in the second phase our messages were more hard-hitting and unapologetic. The third phase, which we launch today, comes from the insight that most Parsis are tongue tied in their first meeting. We hope these ads act like an ice-breakers or help start conversations.” He explained the Jiyo Parsi Care Schemes and was glad to state that the Campaigns had helped increase the birth rate by 18% since 2014.

The event ended with a vote of thanks by Namrata who was grateful to all the attendees, specially BPP trustees – Kersi Randeria, Xerxes Dastur and Armaity Tirandaz, along with Fezana President Homi Gandhi, WZO President Dinshaw Tamboly, the Return to Roots delegation, and Jiyo Parsi Co-ordinator Pearl Gandevia.

Speaking to Parsi Times at the event, Dr. Shernaz Cama said, “The Parsi community is very grateful to the GOI for coming forward with financial help. With the launch of Jiyo Parsi Care, Jiyo Parsi now offers complete support for young people from counselling, advocacy to financial help and support for babies and the elderly.”

Jiyo Parsi’s newly launched calendars are available at the Union Press, BPP office for community members and will also be distributed in Baugs.

About With Inputs From Khushnuma Dubash

View all posts by With Inputs From Khushnuma Dubash →