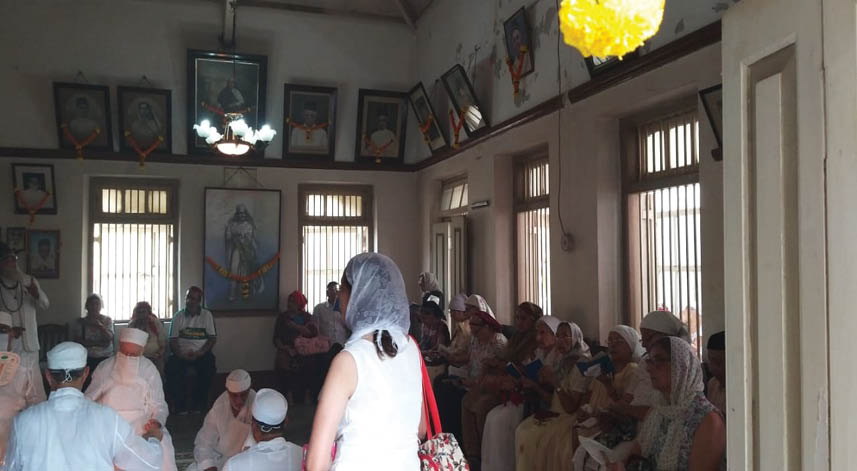 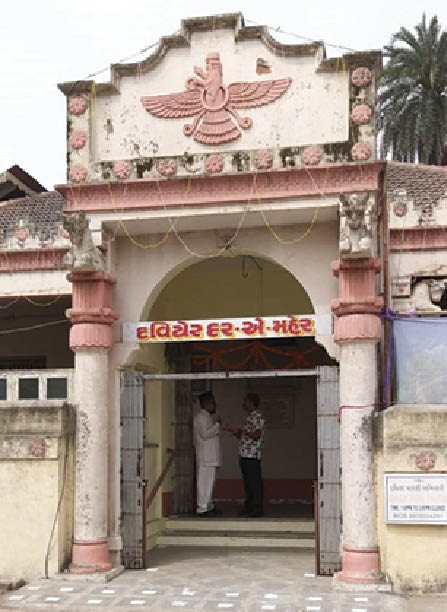 On 16th April, 2019, Adar Mah – Ardibesht Roj, Bordi’s Davier Agiary celebrated its 164th Salgreh with a Machi performed by Panthaki Homi Senna, followed by a Jashan at 10:00 am performed by Panthaky of Gandhi Agiary, Er. Aspandiyar Dadachaji, along with other five other Ervads. This was followed by a talk held in the Agiary’s compound by Cdr. Aspi Marker, who spoke about leadership, emphasizing on the need for Parsi Zarthostis to be faithful to their religion. He also spoke, in the same vein, to be faithful Indians and keep the flag flying high, as one must not forget the support and help given to Parsis when we landed on Indian soil. Around 540 humdins attended the Gambhar.

President of Davier Agiary, Marazban Eruchshaw Wadia (Behdin Pasban), then took the stage and spoke passionately about the need for one and all to show respect to the Indian national anthem by reverently standing in the attention pose when standing for the anthem. Next, Er. Aspandiyar Dadachaji spoke on how it is the duty of every Zarthosti to ensure that we always keep the holy fire burning in our places of worship – no matter how remote, in keeping with the precedent set by the committed caretakers of the Davier Agiary. He also spoke on a few rules as regards keeping the rakhiya (ashes) on the forehead and prohibited people from touching or kissing photos of saints and Zarthost Saheb in the Agiaries.

Trustee Paricher Davierwala thanked Ummargam Taluka MLA – Raman Pathkar – for his wonderful work of setting paver blocks in the lane next to the Agiary, thus facilitating easier commute for the worshippers. Expressing his vote of thanks, Trustee Parvez Wadia thanked all the protectors and volunteers who had helped make the event flow smoothly with great success, especially caterer Adi Patel, who has been catering for the gambhar with great food, for over  a decade, and is also a donor.

Speaking to Parsi Times, President Marazban Wadia said, “The Atash calls for protection from us all – it is our foremost duty. As much as I appreciate reform and progress in civic society and profession, let us not impose our own sense of misplaced reform onto our glorious religion – it is perfect as is. I pray and hope that we always stay united as a Community.”