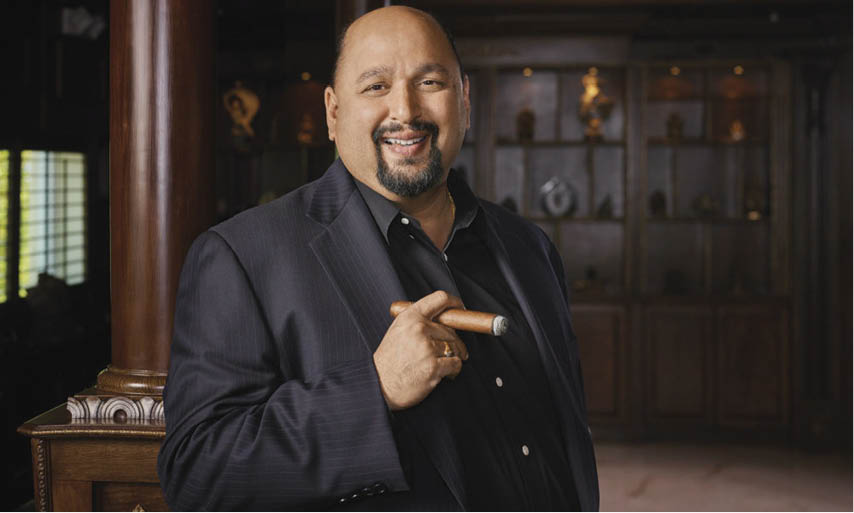 Mumbai-born and US-based, globally renowned cigar magnate, Kaizad Hansotia, has recently been in town to launch a duty-free outlet of his premium cigar brand – Gurkha Cigars. Born and raised in Colaba (South Mumbai), 52-year-old Kaizad Hansotia’s thriving business saw the entrepreneur first move to Hong Kong, followed by London, before he finally settled down in Miami.

Boasting about an eight-month waiting period for his niche product, Kaizad sustains a regular presence in the lists of USA’s ‘Most Successful Entrepreneurs in Non-Traditional Businesses’, with some of his patrons comprising the world’s crème de la crème – global corporate topshots as also key political players, including American rapper Busta Rhymes, actors Demi Moore, Arnold Schwarzenegger and Sylvester Stallone; and the US President’s sons – Trump Jr. and Eric Trump.

Initially in the business of luxury watches, Hansotia’s advent into the cigar business goes back three decades, when he was in Goa and on a whim, decided to purchase a “dead, old British cigar brand” called Gurkha Cigars and having decided to do something with it, he picked up the label for a paltry $450. He used these cigars as gifts for his clients when his duty-free business acquaintances in Miami, gave him a straight-out purchase order.

Unlike the general ‘Cuban Cigars’ perception, Kaizad is not a fan of Cuban varieties. He explains saying that though at one time Jamaica was the best tobacco producer, post the 1970s, a drop in demand for cigars made Cubans turn their tobacco fields into coffee estates. He praises Connecticut and Cameroon as the best providers of wrappers with various flavour profiles. In the future, Hansotia hopes to return to Mumbai and set up a Premium Cigar Lounge, which would be a rich, colonial style space.