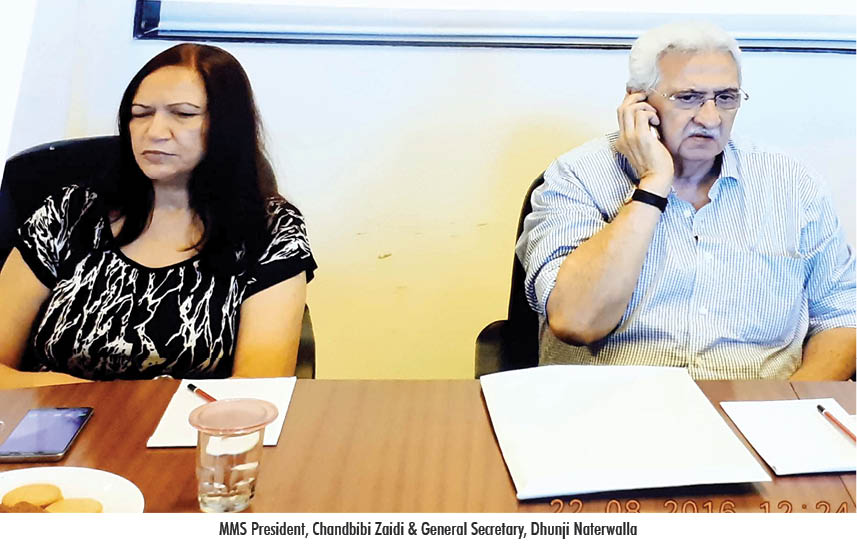 On 23rd October, 2019, the Mumbai Mazdoor Sabha (MMS) signed a 3-year wage settlement with the Breach Candy Hospital, for the welfare of its Nursing Staff, with effect from January 01, 2019 under the provisions of Section 2(p) read with Section 18(1) of the Industrial Disputes Act, 1947. This Settlement was reached amicably between the parties thereto pursuant to peaceful negotiations held between the Chief Executive Officer, N. Santhanam, Vijay Dogra, Chief Personnel Officer and Smt. on behalf of the Trust and the President, Chandbibi Zaidi and General Secretary, Dhunji Naterwalla, along with Shri Gautam Yadav, Legal Consultant, on behalf of all Nursing Staff working at the Hospital.

Through this settlement, the Sabha has been successful in giving an unprecedented monthly rise in wages to the extent of Rs. 8,500/- and Rs. 19,000/- per month to the Nursing Staff of the Hospital effective from 01-01-2019. The salient features of the Settlement comprise an increase in Basic Pay Scale including a novel benefit to those who have completed more than 15 years of service with the Hospital, being given Two Additional increments. A rise has also been allotted in the areas of ‘Service Increments’; Tenure Allowance and other Allowances like Dearness, Education, Skill, Transport, Uniform, Night Duty, Leave Travel, Provident Fund, Ad-Hoc Bonus, Medical Assistance, Funeral Expenses and Marriage Gift.

The Settlement was declared before the workmen on 28th October, 2019 at a meeting held at the MMS office. All the Nursing Staff applauded the efforts of the Sabha in signing such a splendid settlement.