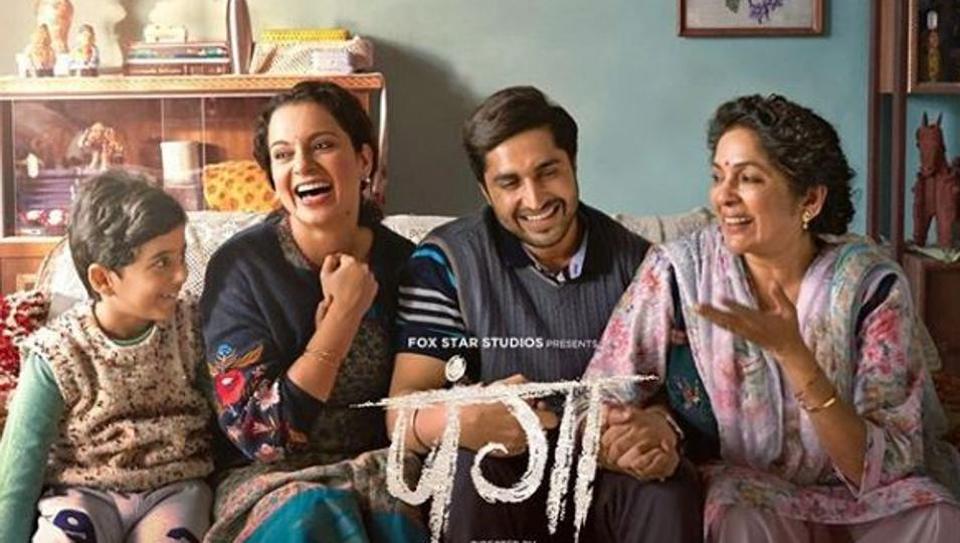 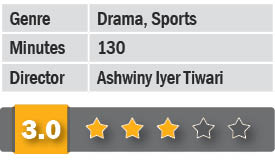 Panga, the film, serves to highlight a few things – a family soars and thrives when duties are shared, there is no age limit for pursuing one’s dreams, and on a more pragmatic note – Indian Railways are the main job providers for state and national level sportspersons. Jaya Nigam (Kangana Ranaut) had been the national Kabbadi champ in 2010. Eight years later, she devotes her time to getting her son ready for school, packing his meals and ensuring his homework is done, alongside getting in a word sideways with her loving and devoted railway engineer, hubby Prashant (Jassie Gill). That is, when she’s not at her job at the Habibganj station counter in Bhopal, selling tickets.

A chance meeting with her old teammate Meenu (Richa Chadha) and a casual conversation with her son Adi (Yagya Bhasin), due to whose premature birth she had to abandon her playing career, makes her ruminate as to whether she can make a comeback to the Railway team, if not the national side. But a determined hubby-son pair ensures that she pursue her hidden ambition.

‘Panga’ moves at an unhurried pace and director Ashwini Iyer Tiwari (Nil Battey Sannata) takes her while to get the film off the blocks. In her first role as a mother, Kangana nails her character well, though it isn’t her best work. Punjabi actor Jassie Gill is restricted to showing his pearly whites, especially in the first half. Neena Gupta, as Jaya’s mother, makes the most of her short screen-time. Megha Burman, as Nisha, Jaya’s room and teammate, is good. Yagya Bhasin and Richa Chadha (who despite being credited with a ‘special appearance’ has a meaty role) have the best lines and impress the most. Marathi actress Smita Dwivedi (Smita Tambe), Jaya’s new captain, who resents her entry into the team, shines in her brief and late appearance. The writing by Nikhil Mehrotra and Ashwini Iyer Tiwari (with additional dialogues by the latter’s husband Nitesh, who directed ‘Dangal’) gives some depth to the film. Composer trio Ehsaan-Shankar-Loy fail to contribute anything of substance.