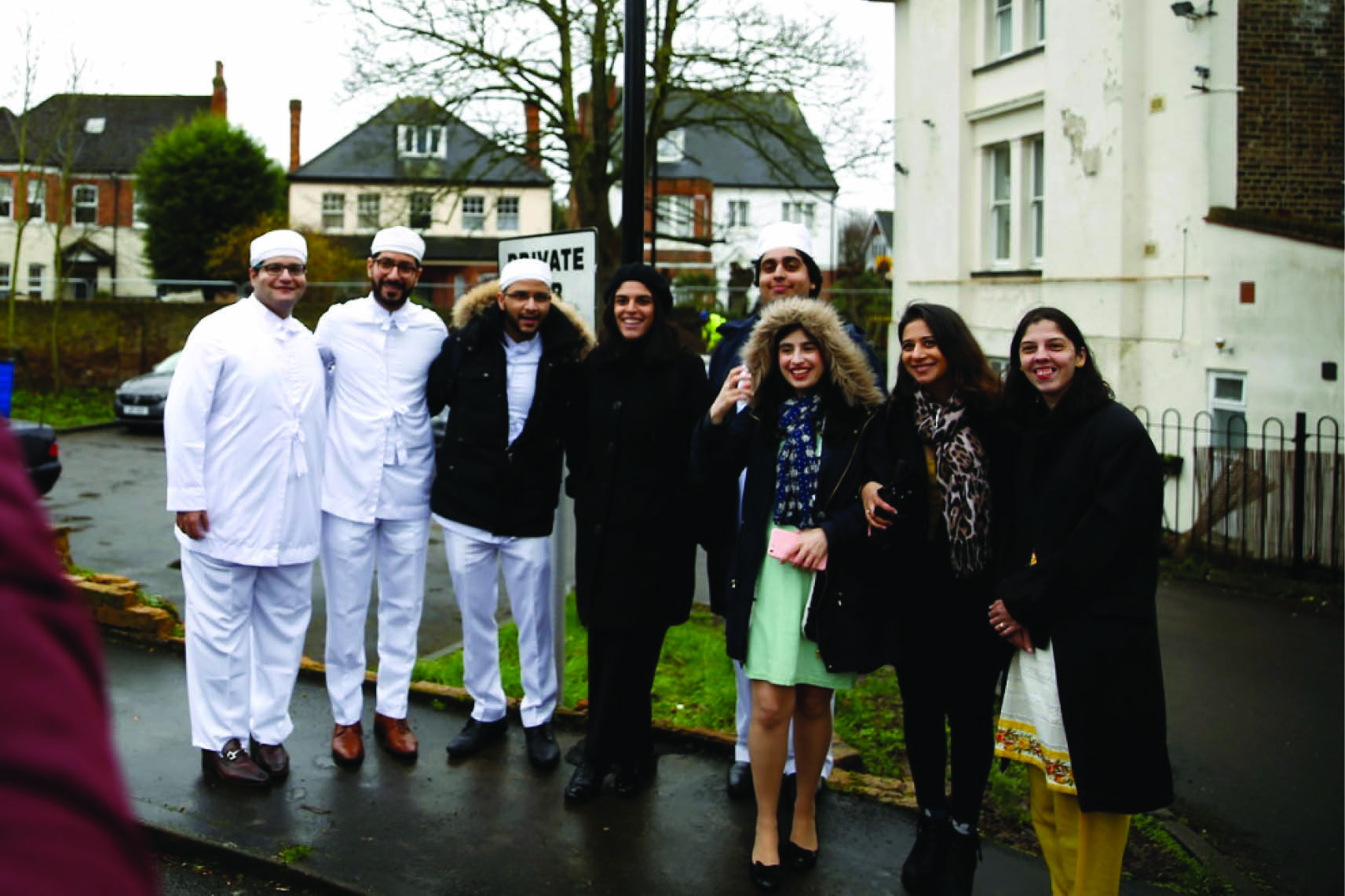 A suburban London street has been renamed in honor of late musician Freddie Mercury – ‘Freddie Mercury Close’ – was officially unveiled on February 24, by Freddie’s sister, Kashmira Bulsara, her son Samuel, alongside the Mayor of the London Borough of Hounslow, Councillor Tony Louki and Lord Bilimoria. Freddie Mercury Close is located in Feltham, West London, which is where Mercury’s family settled after moving from Zanzibar. It is situated outside the World Zoroastrian Organisation head office. The neighborhood, which is close to Heathrow Airport, is also home to a Zoroastrian community.

Formerly called Hanworth Road, the street is located in the suburb in which the iconic, legendary rock star, who died at age 45 in 1991, lived for some of his teen years, though he grew up on a different nearby avenue.

The Mayor of Hounslow said, “We are delighted to be here today further commemorating this talented star and adopted son, someone who entertained so many people during his lifetime. Although Freddie Mercury died in 1991, his legacy lives on through his wonderful music, a blue plaque at Gladstone Avenue as well as his being fondly remembered by fans worldwide that especially visit this town. Freddie is also graciously honoured by the Friends of Feltham Pond, residents led by Angela Parton, who also maintain and tend the recently refurbished memorial space around the now thriving tree on Feltham High Street planted by the late Jer Bulsara, his Mother. I must thank The World Zoroastrian Organisation for organising today’s event and salute its now most appropriate and unique address of 1 Freddie Mercury Close, Feltham, Middlesex, TW13 5DF.”

Mercury, born Farrokh Bulsara, worked as a baggage handler at the airport before forming the rock band, ‘Queen’, in 1970. In 2019, actor Rami Malek won an Academy Award for portraying the singer in the biopic, ‘Bohemian Rhapsody’, which included scenes of Mercury’s early years in Feltham.