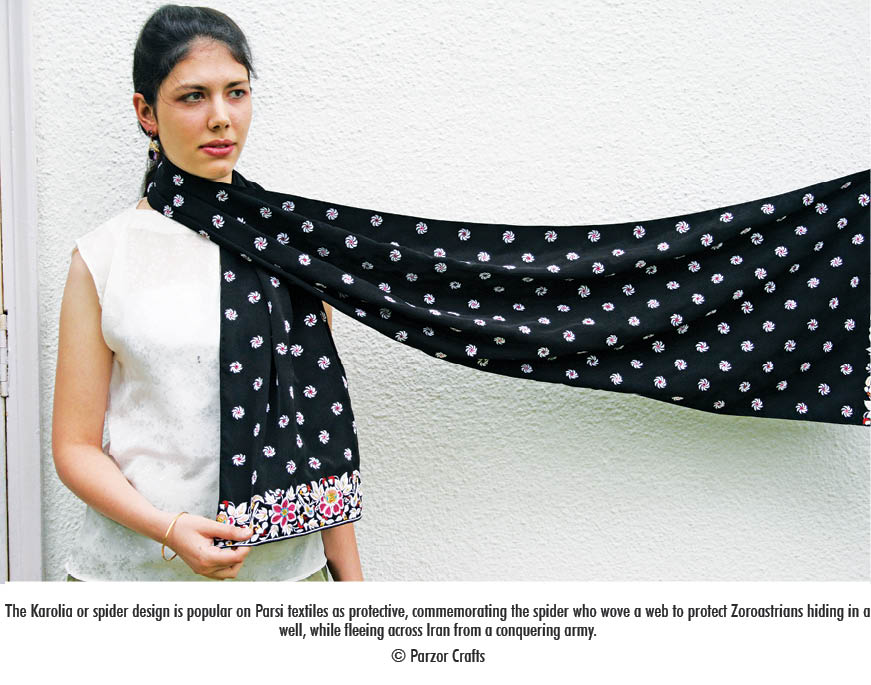 Parsi/Irani Zoroastrians have carved a niche for themselves in India. From leading industrialists like Ratan Tata and Godrej to an army of talented Bollywood actors, prodigal Parsis are an asset to India’s culture and economy. With a population of less than 55,000 Parsi/Irani Zoroastrians in India, our lip-smacking food, peculiar surnames, stellar Bollywood movies, acting skills and the sweet mentions – from ‘dikra’ to ‘gadhera’ – are all part of India’s popular culture. But our expertise and contribution to the Fashion World is lesser known… more specifically, the Art of Parsi Embroidery. Parsi Times is delighted to present the Feature Series – ‘Parsi Embroidery: A Heritage Of Humanity’ – a labour of love and much research, by Dr. Shernaz Cama (Director, the UNESCO Parzor Project for the Preservation and Promotion of Parsi Zoroastrian Culture and Heritage), in association with Sociomartini, sharing the vibrant history of Parsi embroidery.

Complex roots and routes lie behind what we call ‘Parsi Embroidery’ today. The tradition grew from Achaemenian Iran, through the Silk Route into China and then came with Indian and European influences back to its originators, the Parsi Zoroastrians in India. Now a tiny minority of fewer than 55,000 individuals in India, Parsi Zoroastrians have saved in their cupboard and trunks this proof of our world’s multicultural history.

Textiles are a powerful medium of identity, both – inside and outside the culture which produces it. Parsis fled to India over a thousand years ago to escape religious persecution of their Bronze Age religion – Zoroastrianism. The Parsis or ‘people from Pars or Fars’, in Persia mingled unobtrusively. One of the conditions of their refuge was that they would adopt Indian costume and language. Yet, they managed to create a distinct identity for themselves. Textiles, one of the key markers of cultural identity, contributed greatly, in this respect. 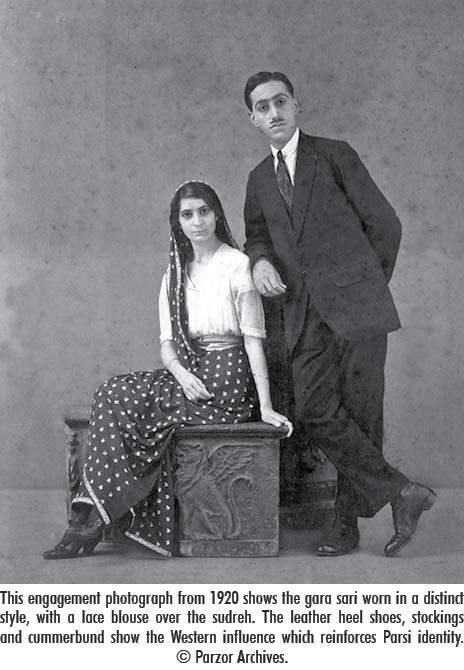 Fifty years ago, most Parsi homes had an embroidery cupboard with splendid varieties of shaded and coloured embroidery threads. Here, pressed into brown paper folders, were butter-paper patterns, home-drawn with hand-written instructions about colour preferences, or initials and dates to indicate for whom and on what occasion the pattern or khakha had been created.

Embroidery has always been a vital part of the Zoroastrian love of life and appreciation of beauty and skill. Respect for material creation as a manifestation of God’s Goodness, is a cardinal tenet of the Zoroastrian faith, thus reverence for nature became interwoven and embroidered into the costumes of daily life. 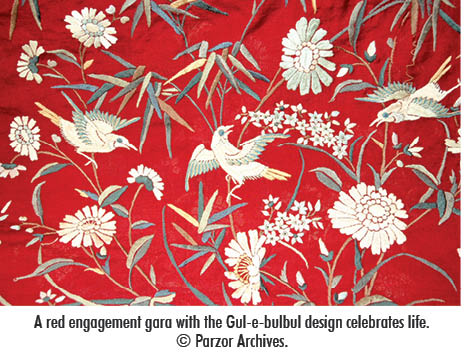 Zoroastrianism celebrates the animal kingdom and bounty of nature, in its sacred texts, ceremonies and myths, revelling in flowers and gardens, birds and beauty, which provide the backdrop for its motifs. This ‘Spenta’ or ‘bountiful’ world is to be treated with care, each tiny butterfly a manifestation of God’s Goodness. 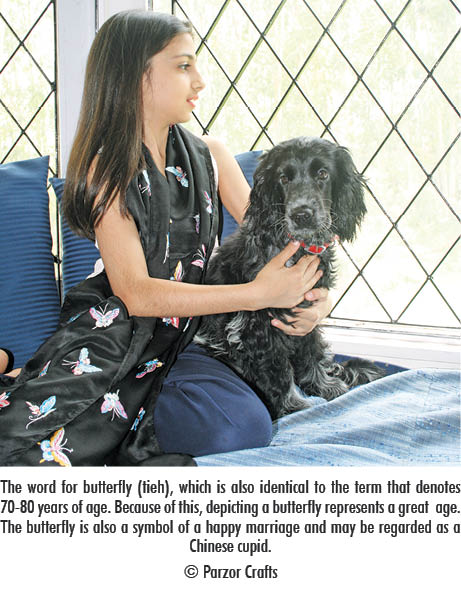 In the Zoroastrian homeland of Iran, the Ijar or trousers were accompanied by a long jhabla which reached the knees. The head was covered with a shawl and the entire costume embroidered with rustic, simple embroidery. Fish and bird motifs prevailed as did flowers, roundel like emblems of Khurshid or the sun, tiny birds and animals. However, the Zoroastrian of Iran became a conquered people, forbidden from wearing bright colours as yardage. Their head dress became dark, navy or black, yet their love of life continued to be expressed in their embroidery. Here, in this wedding costume we see peacocks, exotic colourful creatures, embroidered onto a traditional wedding shawl with the sacred Ariz, or fish, emblems of fertility. The dog, also sacred to Zoroastrians can be seen. 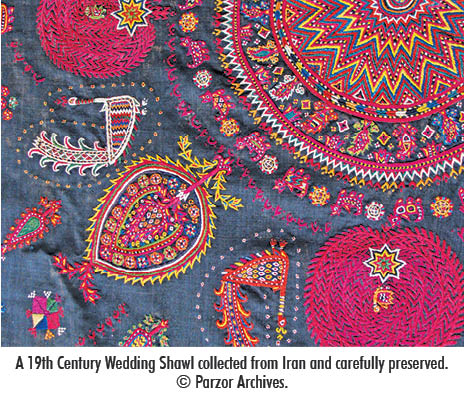 The Zoroastrian must be a person of action. Good Thoughts, Good Words, Good Deeds or ‘Humata, Hukata, Huvarashta’, the core and mantra of both religious and cultural attitudes, is believed to have the power to transform the negation, drive away evil and enable this world to reach ultimate joy. All Creation is ultimately positive and helpful. It is an optimistic creed which has helped keep a very small, scattered people active across centuries and across several diasporas!

About By Dr. Shernaz Cama

View all posts by By Dr. Shernaz Cama →